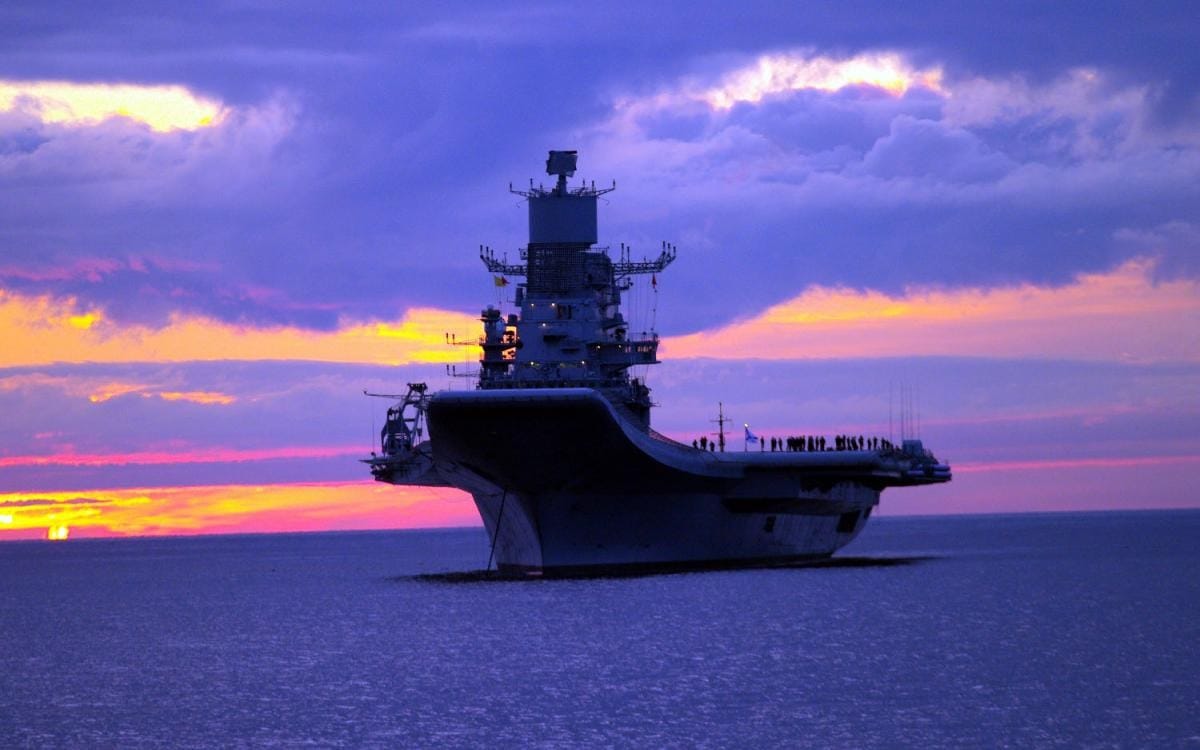 Throughout the Cold War, India was a nation that managed to court both the West and Moscow. New Delhi purchased former Royal Navy aircraft carriers from the UK, yet acquired Soviet-built tanks. Since the end of the Cold War, India has retained close ties with Russia even as has it moved closer to the United States due to increased aggression from China.

However, the days of India managing to maintain all of these potentially conflicted ties could come to a crashing end – even as Moscow seeks a new partnership with New Delhi regarding the development of new advanced weapons. Russia has touted itself as the only country in the world that could complete a Transfer of Technology (TOT) in high-tech defense equipment, and that could collaborate with the Indian government on the development of next-generation armored vehicles and submarines.

It is hard to imagine how Washington, London, or any other western power could work with India if such a close Moscow-New Delhi Axis were to emerge.

At the current Army 2022 international defense arms show, which is now taking part outside of Moscow, Dmitry Shugaev, head of the Russian Federal Service for Military Technical Cooperation (FSMTC), told reporters this week that his nation has a long history of offering India the most cutting-edge models of weapons and other military equipment.

“Work is underway to organize the production of the AK-203 assault rifles in India, the serial production of which is expected to begin in late 2022-early 2023,” said Shugaev. “The implementation of contracts for the construction of Project 11356 frigates in Russia and India is also proceeding as planned. The current geopolitical situation has not significantly affected the fulfillment of our obligations.”

Shugaev also suggested that through the more than six-decades-long partnership and military-technical cooperation, Russia has actually helped to implement the principle of “Make in India” – referencing the initiative officially launched in September 2014 by the Government of India to encourage companies to develop, manufacture and assemble products domestically.

“With our assistance, dozens of types of high-tech military products have been localized in India,” Shugaev continued. “The current stage of our relations in this area of cooperation is distinguished by India’s desire to accelerate the development of its national military-industrial complex, reduce the dependence on imports of military products and join the ranks of the world’s leading arms exporters.”

Despite the ongoing conflict in Ukraine, Moscow has also pledged to maintain the delivery schedule of its S-400 “Triumf” air-defense systems to India. New Delhi had previously received by sea and air two regiments of the S-400s, with the first arriving in December 2021 and the second earlier this year. The remaining three regiments are expected to arrive sometime in 2023.

The United States had discouraged the purchase of the S-400, but New Delhi went ahead – citing threats from China and Pakistan.

Yet, the S-400 may be the last Russian-made air-defense system that the nation purchased, as India is now developing it’s own hypersonic, ballistic, cruise, and air defense missile capabilities. It conducted a number of tests last year.

India remains Russia’s largest arms export target, but that hasn’t always been a good deal for New Delhi. As previously reported, the Indian military is so dependent upon Russia for spare parts and other basic maintenance equipment that a cut-off of the relationship would leave India deeply vulnerable for months and even years.

Vladimir Putin’s unprovoked and unwarranted invasion of Ukraine, which resulted in crippling sanctions on Moscow, has made it clear that New Delhi could be caught in a very tenuous situation. Russia is struggling to keep its own forces maintained, and it remains unclear if it can fulfill its foreign obligations.

Moreover, it is likely many in the Kremlin may be forced to accept that its zenith has passed and it is at best a fading power. Putin and his cronies may have hoped that the war in Ukraine would restore the former glory of Russia, but after six months of fighting, Russia looks more like a paper tiger than a mighty bear. Putin even go hat in hand to Tehran to call upon Iran to supply drone systems to continue the fight in Ukraine.

Thus, this call for even greater cooperation may be little more than an attempt to have India produce Russian designs under license – when New Delhi might be better off developing new systems from scratch and cutting these ties. After purchasing a former Soviet-built carrier, one that likely should have been scrapped, New Delhi wisely designed and built its first indigenous carrier.

The smart move would be to take “Make in India” even further and close the door on Moscow entirely.