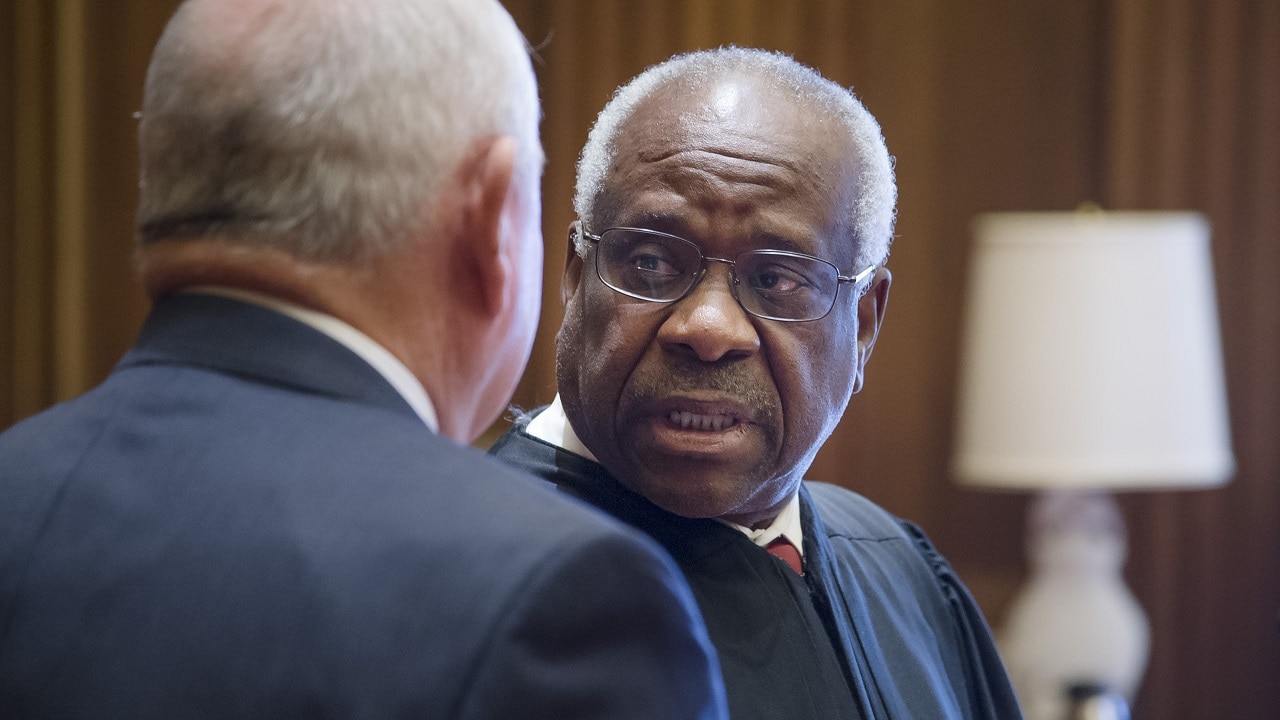 Sonny Perdue is sworn in as the 31st Secretary of Agriculture by U.S. Supreme Court Justice Clarence Thomas with his wife Mary and family April 25, 2017, at the Supreme Court in Washington, D.C.. Photo by Preston Keres

Trust in most U.S. institutions – including Congress, the White House, the media, academia – has been marred as the poles of society move further and further from each other. The judicial branch was more resilient to the reputational harm that the other branches of our government have suffered. But now, the judiciary, too, is suffering from reputational harm – and increasingly, is being perceived as a political institution.

“A new Gallup poll set for release today shows a drop in approval of and confidence in the Supreme Court,” POLITICO reported. Specifically, the Gallup poll found that “less than half of Americans say they have a ‘great deal’ or ‘a fair amount’ of trust in the judicial branch of the federal government, representing a 20-percentage-point drop from two years ago, including seven points since last year.”

That the public’s trust in the Supreme Court has plummeted is significant; the court has mostly been immune to polarization, stubbornly retaining bipartisan support even as the poles widened. Historically, the Supreme Court has been above two-thirds. “This is the lowest confidence rating for the judicial branch in Gallup’s trend by six points. The judicial branch’s current tarnished image contrasts with trust levels exceeding two-thirds in most years in Gallup’s trend since 1972,” POLITICO reported.

Accounting for the Sharp Decline

The reason for the sharp decline? Democrats. The Dobbs ruling, which overturned Roe’s abortion-protecting precedent, has ruined Democrat’s opinion of the court. “The drop in trust … is driven largely by a sharp decline among Democrats, whose level of trust is half of what it was one year ago. The new poll marks the first time that less than half of Democrats and independents express faith in the judicial branch.”

Not surprisingly, the Gallup poll also found that a record-tying-low of U.S. citizens approve of the court’s performance. And, naturally, given the court’s new 6-3 conservative majority, “a record high percentage of Americans say the Supreme Court is ‘too conservative.’”

As the public’s trust in the Supreme Court erodes, fissures within the court itself have become visible; curiously, in a departure from orthodox, the justice’s are sparring publicly about the court’s legitimacy – harkening some vintage Bill Clinton: “the president is relevant,”

Justice Elena Kagan said that “the very worst moments [in the court’s history] have been times when judges have even essentially reflected one party’s or one ideology’s set of views in their legal decisions. The thing that builds up reservoirs of public confidence is the court acting like a court and not acting like an extension of the political process.”

Kagan continued, “if, over time, the court loses all connection with the public and with public sentiment, that is a dangerous thing for democracy.”

The Supreme Court is Not a Democratic Institution

The judiciary is not an organ of policy-making or law-making – and it should not be susceptible to the whims and wishes of the public. If the general public wants to preserve abortion rights, great. Elect officials who feel similarly and codify abortion rights. The court is not reliant on public opinion. Just remember that there was a time when the general public sentiment was aligned with preserving slavery. But similarly, Kagan is absolutely correct in that the court should not be acting as an extension of a political party.

Extending the bizarre spurt of judiciary behavior, Kagan’s remarks were met with reciprocal remarks from Chief Justice John Roberts. “Simply because people disagree with an opinion is not a basis for questioning the legitimacy of the court.” Justice Samuel Alito, who penned the Dobbs ruling, made similar comments. “It goes without saying that everyone is free to express disagreement with our decision and to criticize our reasoning as they see fit. But saying or implying that the court is becoming an illegitimate institution or questioning our integrity crosses an important line,” Alito said.

“We cannot recall the last time justices sparred with each other in the press in this manner,” POLITICO reported.