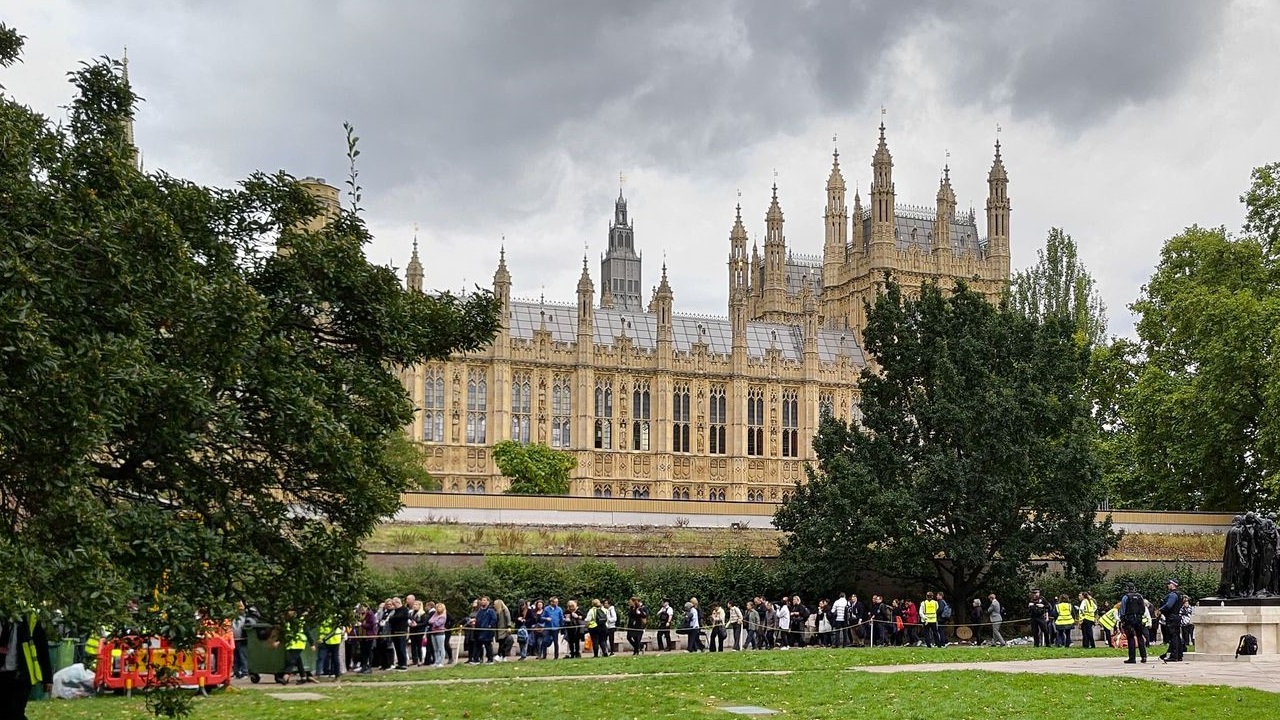 19FortyFive Contributor Jack Buckby is on the ground in the UK covering the funeral of Queen Elizabeth II. Here are his first impressions, as he was able to pay his respects to the Queen at the Palace of Westminster just hours ago:

I flew home to England from New York for Her Majesty the Queen’s funeral on Saturday. It was a snap decision, but after missing her historic Platinum Jubilee only months ago, I decided that I couldn’t possibly miss the funeral of the only Queen I’ve ever known.

I arrived in London Gatwick and first made my way to Brighton before later planning to journey to London. I had an appointment at the Palace of Westminster to see the Queen lying in state in Westminster Hall that afternoon.

Upon arriving in the United Kingdom, the first time in over 18 months, I immediately noticed the cold. The stereotypes about British weather are true, although despite the cold, it was a beautiful late summer morning with clear skies. I found my way onto the Gatwick Express train to Brighton, which was packed with mourners leaving the nation’s capital and heading home. One man quietly ate his breakfast wearing a Union Flag waistcoat, looking sorrowful as he watched the farm fields pass by.

A family sat next to me, a grandmother, mother, and young boy. They spent the entire trip discussing their experience in the famed “queue,” a line of people waiting for their turn to quietly file past the Queen’s coffin and say their final goodbyes. They were exhausted but thrilled that they made a “last minute decision,” as the mother said, to leave work and join the long, winding, miles-long queue of people wanting to see the Queen lying in state.

The young boy lay his head on the table, sleeping as his mother complained of lower back pain; a complaint made by many other queuers during interviews on the national news. Little did these people know that their willingness to stand for an entire day in the cold and the rain, with little more than their jackets and possibly a flask of tea, would go down in the history books. Memes shared online painted this queue as the “final boss of queues” and the “queue British people have been training for their entire lives.”

It’s not wrong. British people are perhaps the most committed queuers in the world, which is perhaps why Philip Schofield, a British morning television presenter who allegedly had a relationship with a man less than half of his age, was scolded by the British public for “jumping the queue.” Incredibly, Schofield appeared to have gotten away with allegedly being unfaithful to his wife, but became public enemy number one when it was revealed recently how he could bypass the queue and view the Queen lying in state with what must have been media credentials.

Meanwhile, famous British footballer David Beckham won the hearts of the British public by standing for 13 hours in the queue for his own chance to see the Queen, despite reportedly being offered a shortcut.

An American acquaintance commented in recent days about my planned trip to London for the passing of the Monarch, a trip motivated largely by my desire to be among my own people at a time of national mourning.“I heard something about that,” she said. “If the president died, I wouldn’t make that journey.”

While many Americans may feel a real sadness if the president passed – assuming it was a president they liked, anyway – the fact that such an extraordinary number of Brits were willing to go to these lengths to say goodbye to the Queen reflects the deep bond they share with the Monarch, despite most of the Queen’s subjects having never actually met her.

More than just an unelected or privileged figurehead, the Monarch and the institution of the Monarchy is deeply embedded in the psyche of the British people.

The Queen was a living link to our past, a human connection to the Divine, and a symbol of national unity and strength. A woman who gave her entire life to represent this country as best she could – and she did it so exceptionally well – and worked until her final days on this earth.

Upon arriving in London later that afternoon, I realized I had failed to plan ahead for my trip properly. While I knew I needed to arrive at the Gate 4 entrance of Victoria Tower Gardens to access the media center for Westminster Palace, I hadn’t thought about how to get there. Every street was packed with people, and many of the streets I needed to access the gardens were closed. After conversations with multiple police officers and probably a dozen wrong turns, I finally found my way to the gate. I’m afraid to say that I “pulled a Philip Schofield,” bypassing the queue and using my media credentials for an opportunity to see the Queen lying in state and write this report.

I walked by the queue as I approached the gate, wishing that I’d been able to fly to London for more extended and experience this camaraderie with my peers. I am British, after all, and a well-managed queue is hard to turn down. But alas, I had no time.

Once through the gate I was guided along with two other journalists across the grounds of the Palace and into an entrance where we were required to go through airport-style security.

We were then ushered into a media room for 20 minutes, where we had an opportunity to gather our thoughts and write down some notes. We were awaiting an escort to Westminster Hall, who would arrive after the previous group of journalists had had their chance to see the Queen. One journalist in the room looked visibly shaken, and I couldn’t help but find myself feeling a little thrown off myself. 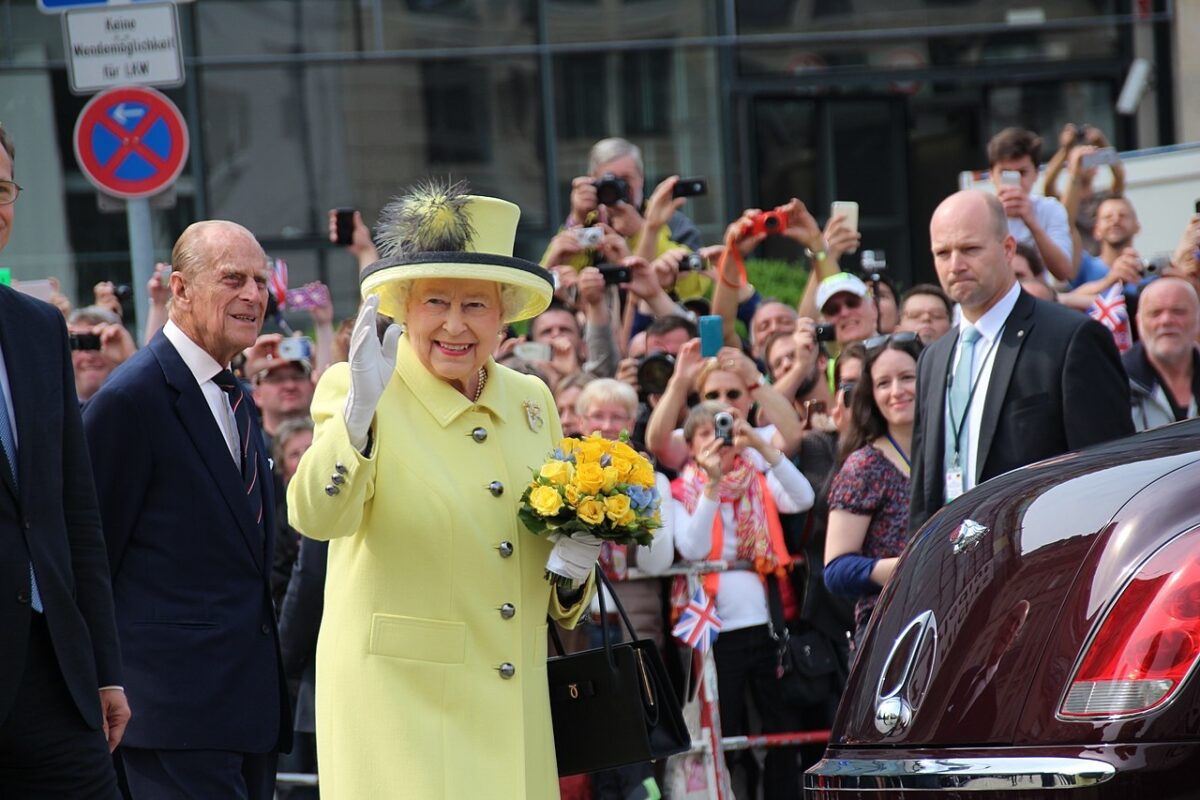 Soon, a woman came into the media room and walked us through the Palace grounds – only the second time in my life I have had the privilege of stepping foot in this beautiful building and walking through the twisting archways and alleyways within it. The Palace of Westminster is genuinely my favorite building in the world, originally built more than 1,000 years ago but rebuilt in a Gothic Revival style in the early 1800s.

The moment we arrived at Westminster Hall, the oldest part of the Palace, which was constructed in 1097, I could see the Queen’s coffin and the guards. Behind the heads of the sorrowful mourners shuffling out of the building, I could see the Imperial Crown, the Beefeaters, and the rest of the guards. I was lucky enough to be taken to a viewing platform, where I had an opportunity to take notes, though I found myself repeatedly putting down my notebook to stand and watch simply.

I can’t describe my emotions upon seeing the Queen lying there, surrounded by hundreds of people who loved her. So I won’t.

Besides the visuals, one of the most impactful things about this experience was the silence in that room. In a previous visit to Westminster Hall, I recall how loud, cavernous, and echoey this place was. Not this time. Normally filled with the hustle and bustle of visitors, journalists, politicians, and staff, this huge historic Hall – walked by Britain’s Kings and Queens for the last 1,000 years – was the most quiet I’ve ever experienced in any public place with this many people.

There was not a single echoing bang, not a single shoe scraping on the floor, and not even a cough or a whisper. Just dead silence – until roughly 15 minutes into my thirty minutes in the Hall, I heard two large taps. A Queen’s guard appeared to my right, tapping a staff on the ground to indicate that the changing of the guard’s ceremony was about to take place. Every 20 minutes, the guards are switched.

I watched in awe as what sounded like a parade of horses entered the building. The sound of the soldiers marching into the Hall, and the echoes the marching produced, stopped everybody dead in their tracks. The soldiers effortlessly and gracefully took their places next to the guards already protecting Her Majesty, before those guards marched away and out of the Hall. The British are truly the masters of pageantry, but make no mistake; these guards were real soldiers with real weapons.

As the mourners passed the coffin, once the changing of the guard was complete, some bowed, some nodded their heads, and one even fell to his knees and prayed. This ancient building was host to 21st-century Britons mourning the passing of perhaps the most loved figurehead of an institution that has survived 1,200 years. Save the cameras and the modern clothes, it was as if I had gone back in time and was witnessing the passing of a Monarch from some 500 years ago. But after a lifetime of working tirelessly to preserve the Monarchy, this contrast between new and old was a sign that the Queen represented modern Britain as much as she sought to reach out to it. 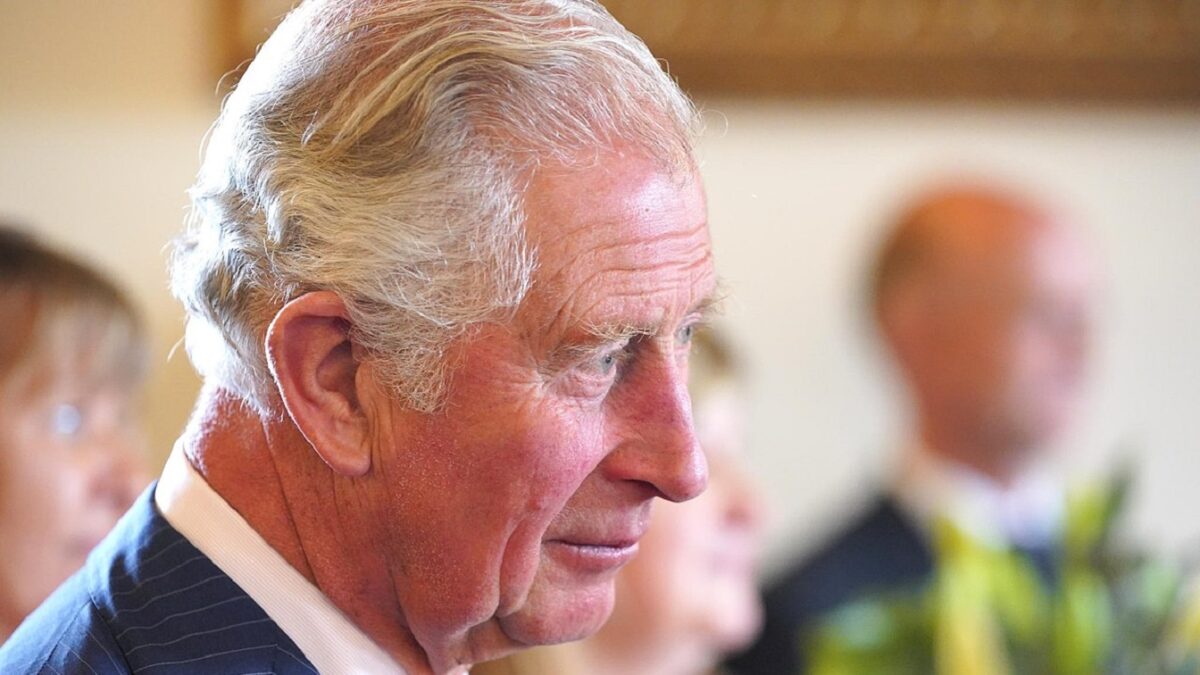 Upon the death of Queen Elizabeth II, the Monarch of the United Kingdom and 14 Commonwealth countries, Prince Charles, the Duke of Cornwall, immediately assumed the position of King.

It is a testament to the Queen’s dedication to the British people that so many people came and that so many are willing to remain just as loyal to her son, King Charles III, as they were to her. If the passing of this most extraordinary leader and the response to it tell us anything, it’s that Constitutional Monarchy works.

It is a unifying force in a divided world, even in the former colonies, and this legacy will undoubtedly live on.

It was the honor of my life to spend 30 minutes in the presence of Her Majesty the Queen.

The Queen is dead; long live the King.