Yes, we all know the war in Ukraine is going quite badly for Putin and his military machine. However, some Russian lawmakers are taking the bold and quite risky step of calling for Putin to be removed from power. Could it actually happen?

Local Russian lawmakers in both St. Petersburg and Moscow issued calls recently for Russian President Vladimir Putin to be removed from power over the war in Ukraine — a potentially risky move in a country where dissent can lead to imprisonment or worse.

Municipal deputies from the Smolninsky District Council in St. Petersburg, the Russian president’s hometown, issued a statement calling on Russia’s parliament to remove Putin from power and charge him with high treason for launching the war in Ukraine, per the Washington Post.

On Wednesday, Deputy Dmitry Palyuga tweeted out the document, which said, “We believe that the decision made by President Putin to start the special military operation is detrimental to the security of Russia and its citizens.”

“The Council of the Smolninskoye Municipal District decided to appeal to the State Duma deputies with a proposal to bring charges of treason against President Putin in order to remove him from office,” Palyuga stated in the tweet with the document, adding, “The decision was supported by the majority of the deputies present.”

In the aftermath, the lawmakers were told by police that they are facing legal charges “due to actions aimed at discrediting the current Russian government,” the Post reported.

Lawmakers from a municipal council in Moscow’s Lomonosovsky district made a similar move, also calling on Putin to resign.

“The rhetoric you and your subordinates have used for a long time is imbued with intolerance and aggression, which in the end has effectively sent our country back into the Cold War era,” the local Moscow lawmakers said in a statement, as reported by the Latvia-based investigative outlet The Insider.

“Russia is once again feared and hated, and we are once again threatening the world with nuclear weapons,” they added. “In view of the above, we ask that you resign from your post, since your views and your model of government are hopelessly outdated and hinder the development of Russia and its human potential.”

Shortly after ordering the unprovoked invasion of Ukraine in late February, Putin signed a law making it illegal to spread so-called “fake news” about the Russian military. Those found guilty could land in prison for up to 15 years. Rights groups and activists have decried the move as a blatant attempt to stifle free speech and legitimate criticism of the war.

Critics of Putin have often ended up in prison or have died in violent or mysterious ways.

Putin’s most prominent opponent, Alexei Navalny, was poisoned with the Soviet-era nerve agent Novichok in August 2020, but he managed to survive the attempt on his life. Navalny was imprisoned less than a year later on charges widely condemned as politically motivated, and he remains behind bars.

Despite the recent calls from some local lawmakers, it is highly unlikely that Russia’s rubber-stamp parliament would move to oust Putin or that such efforts will impact the war in Ukraine.

“We understand that Putin won’t shed a tear and stop the operation,” Nikita Yuferev, one of the councilors from St. Petersburg, told the Post. 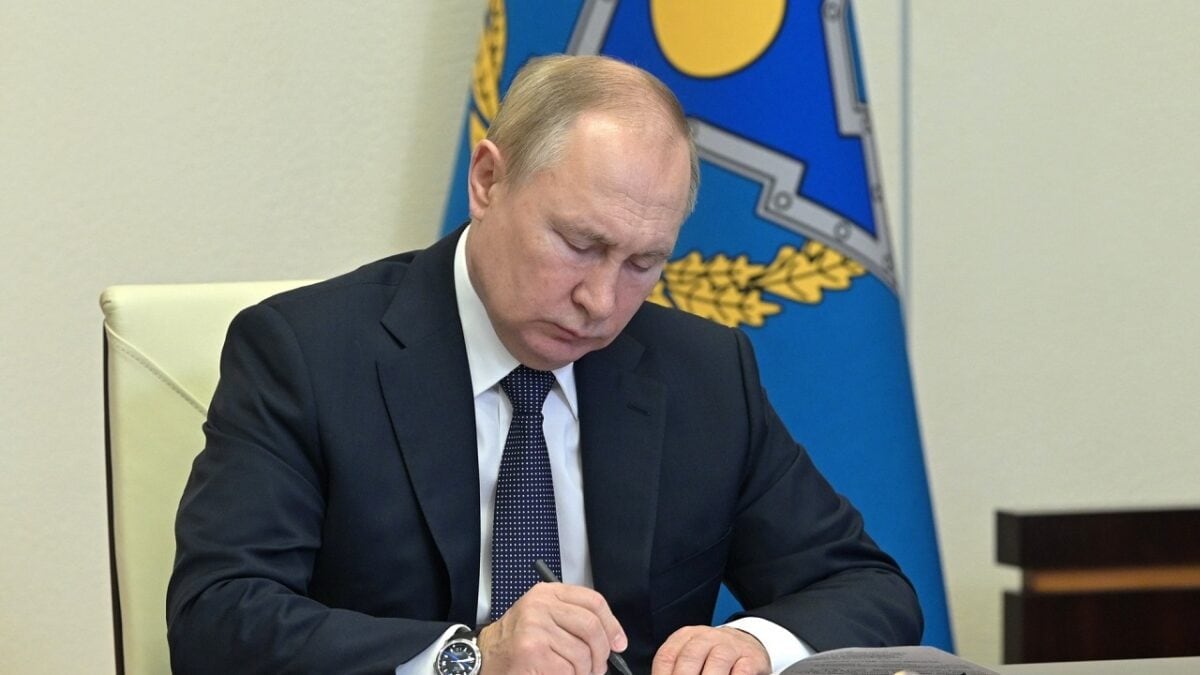 “These requests are written for people who are still in Russia and for whom the propaganda tries to assure that they are the minority, that there are no people who are against this,” Yuferev said.

Contrary to official Russian statements, the Russian military has struggled to make gains in Ukraine while suffering staggering losses.

The Pentagon recently said Russian casualties in Ukraine are estimated to be as high as 80,000. Meanwhile, the West has moved to cripple Russia’s economy via harsh sanctions while moving to isolate Moscow politically. Russia has been condemned across the world for invading Ukraine, and its military has been accused of war crimes and other atrocities.

John Haltiwanger is a senior politics reporter at Business Insider (where this first appeared). He reports on all things politics with a particular focus on national security and foreign policy. Charles R. Davis is a Senior Reporter at Insider. His work has aired on public radio and been published by outlets such as The Guardian, The Daily Beast, The New Republic, HuffPost, Columbia Journalism Review, and Vice. His coverage of labor violations in the entertainment industry was recognized at the 2019 Southern California Journalism Awards.

John Haltiwanger is a senior politics reporter at Business Insider. He reports on all things politics with a particular focus on national security and foreign policy. Charles R. Davis is a Senior Reporter at Insider. His work has aired on public radio and been published by outlets such as The Guardian, The Daily Beast, The New Republic, HuffPost, Columbia Journalism Review, and Vice. His coverage of labor violations in the entertainment industry was recognized at the 2019 Southern California Journalism Awards.