Is the Su-75 in trouble? Delays and cost overruns are nothing new for the Russian military as it tries to bring new stealth fighters into the fleet to fly regularly.

So it goes with the “alleged” fifth-generation Sukhoi Su-75 Checkmate warplane. The development of this airplane is like a boring chess game that continues with no victory in sight. 19FortyFive has reported that the airplane will not be produced until 2026. Other sources suggest the first flight will happen in 2024. The question is not if it will be delayed but how long it will be delayed.

In August, Denis Manturov, Russian Minister of Industry and Commerce, told the Interfax agency that “Changes were made to the design, which corrected the time of the first flight. But at the same time, the principle of modularity and modern digital technologies made it possible to make these changes in the shortest possible time, and as early as 2024 we plan to start flight tests.”

A mockup of the Su-75 was displayed at the MAKS air show in Moscow in 2021. It also was featured at the Dubai Air Show in 2021 in the United Arab Emirates. Manturov said the ministry has “received feedback from potential customers.” He said the manufacturer is looking at ways to cut costs and conceive technical solutions and build on the advancements of Russia’s Su-57 next-generation stealth fighter.

To help pay for the Su-75 program, Russia intends to sell it on the export market at the affordable price of $25 to $30 million apiece. Vietnam and India are potential customers. Russia’s United Aircraft Corporation wants to build four prototypes. A so-called “supercomputer” will allow this design to be conducted faster than conventional means. The prototypes will also have a head start because of the research and development already conducted under the Su-57 program.

Specs Could Make It Valuable

The United Aircraft Corporation also has an unmanned version planned for the Su-75, although this would add to the cost of the manned airplane. The Su-75 will have one engine and be multi-role both for air superiority and ground strike capability. Alternatively, the Su-57 can be configured with two engines. Advanced attack systems will allow the Su-75 to track six targets at once and it will carry seven tons of ordnance. This may include air-to-air missiles, air-to-ground missiles, unguided missiles, or laser-guided bombs. The airplane aims to reach a speed of MACH 1.8 with a range of 1,864 miles.

Can an Export Program Be Supported By Russia?

One problem with placing the Su-75 on the export market will be the need for parts availability, maintenance, and training for foreign air forces. These components and services will be difficult to deliver if the cost goes up on the airplane. The Su-75 program must also contend with sanctions and export restrictions.

As John V. Parachini and Peter A. Wilson have written for the RAND Corporation, “Western sanctions have also impeded the Russian aerospace and defense industry’s ability to get certain technologies essential to mass-produce its own advanced combat sensors with microprocessor subsystems.”

Will It Really Be Stealth?

The aircraft may not even be stealth or fifth-generation as claimed. Marketing materials have not mentioned the word “stealth” so far. This program looks optimistic, and Russia appears to be overpromising and underdelivering. Its construction timeline, first flight, and path to serial production are a moving target. 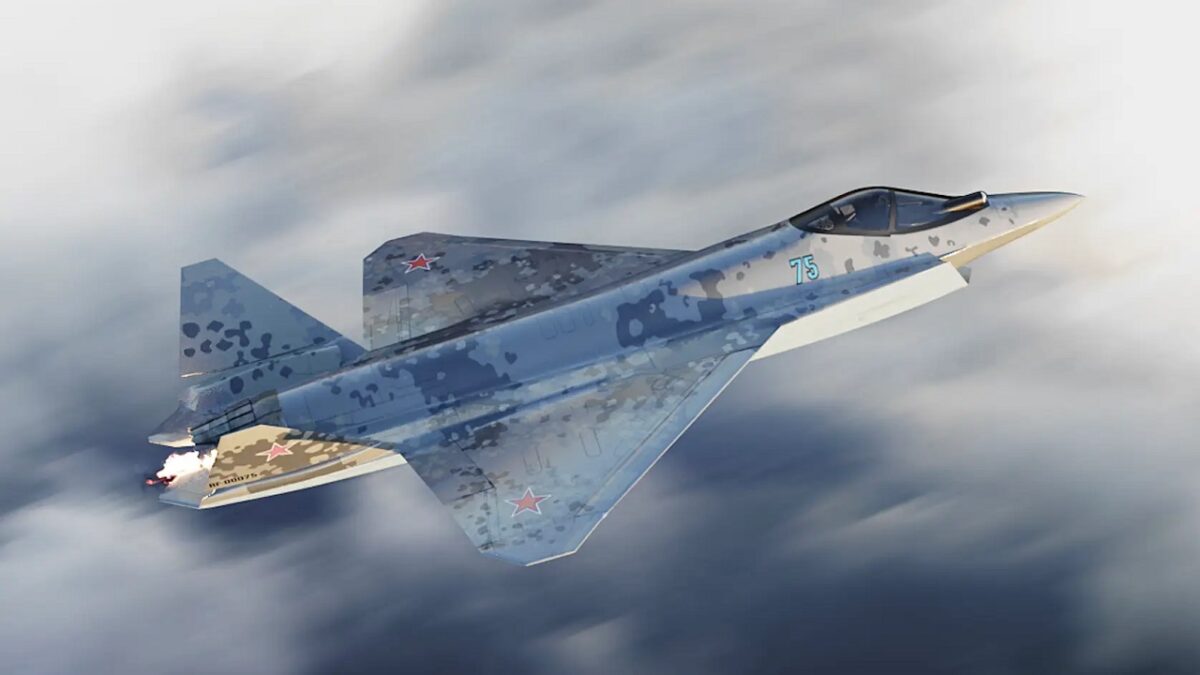 It is also not clear if potential customers in the developing world even want brand-new fighters without a proven track record. Russia’s air force has underperformed during its war with Ukraine. Its fighters are getting shot down. Foreign air forces may want to focus on buying drones for ground strike missions instead. So, the Su-75 program has its work cut out for it – not only does it have to sell, but the manufacturer must also provide a working airplane that is actually stealthy and delivers on its promises. For Russia, that often means delays and ballooning costs.