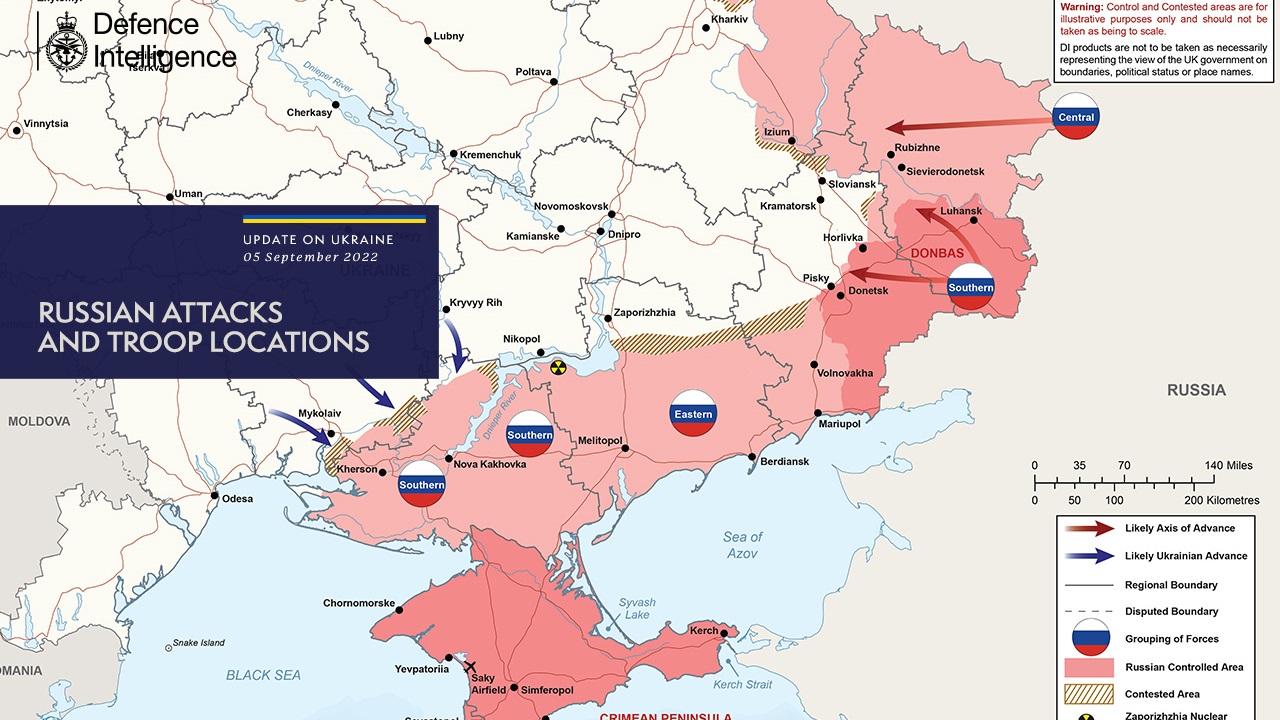 When Russia took Lysychansk on July 3, it was the third major Ukrainian city to fall in as many months, and by all appearances the Russians would continue their methodical march through the Donbas. Instead, Ukraine stiffened its defenses and limited Russia’s eastward advances to a slow crawl, and then earlier this month Zelensky unleashed twin offensives that have thrown Russia’s entire operation on the defensive – casting Putin fully into crisis mode.

It is clear that the Russian leadership has, from the outset, underestimated the Ukrainian capacity to resist and overestimated the ability of the Russian army to prevail. It was seen in the initial strategy of splitting a relatively small force of less than 200,000 into four axes, making it easier for Ukraine to defeat the initial thrusts, observed in tactical blunders in the early phases, and in Russia’s failure to recognize or prepare for Ukraine’s offensive in the Kharkiv region. It appears, however, Zelensky now has Putin’s full attention.

Russia’s strategy in the second phase of the war had been to focus on the Donbas and relegate the Kharkiv and Kherson fronts to secondary status. That may have made sense early, but over time Russia’s generals failed to make any changes to their plans – and more critically – failed to recognize Ukraine had been building capacity in the north.

Compounding their error, Russia’s leaders thought they had the luxury of slowly grinding down Ukraine in the Donbas and believed Russia’s economy-of-force missions in Kharkiv and Kherson would not be tested by Ukraine. When Zelensky’s troops overwhelmed smaller Russian forces in the Kharkiv region and drove them back to the Oskil river, Russia’s plans throughout the theater were thrown into complete disarray.

Putin belatedly recognized that his plans could not work on any level. He was faced with three stark options: a) continue to ignore reality, make no changes, and watch as his forces were slowly ground down, b) withdraw his forces from Ukraine while he could still move them out in some kind of order, or c) escalate. Even Putin could no longer pretend option A was viable. Withdrawal would almost certainly end Putin’s reign in power (and possibly his life via a coup). The only viable option left to Putin, then, was to escalate.

His first step was to announce sham votes in four regions (Luhansk, Donetsk, Zaporezhia, and Kherson) as a precursor to formal annexation into the Russian Federation, potentially as early as this Friday. This was forced on him for several reasons. First, his whole justification for the war was the preservation of the Russian-speaking population of Ukraine. He had already abandoned tens of thousands of Russians in the retreat from Kharkiv region, and to shore up the support of the Russians in other parts of occupied Ukraine, he needed to demonstrate he was committed to them.

Second, Russia has already signaled that after the annexation, Moscow will regard the regions as Russian territory and will consider any attempt by Kyiv to recapture them as tantamount to seizing Russia-proper and would respond accordingly. Likely, he took this step primarily to try and garner more support from Russia’s domestic population, so that they would believe this wasn’t a war-of-choice by Putin, but a “Great Patriotic War II” to preserve the motherland.

The second major action Putin took was to order the mobilization of 300,000 reservists to active duty. This has predictably unleashed a torrent of protests in cities across the Russian Federation and a mass exodus out of the country (by some estimates, almost 200,000 men have fled Russia). Without question, Russians do not have the same motivation in the war as do the Ukrainians, as the latter are fighting for their literal lives and existence as a nation. The question arises, therefore: has the war turned decisively against Russia and is it now inevitable that Ukraine will win?

The answer: its impossible to tell at this point.

That is unsatisfying to many, as the momentum is presently on the side of Kyiv and a natural tendency among those in the West is to conclude that the recent successes portend an irreversible trend toward a Ukrainian win. Unfortunately, that is unlikely to be the case, as the course of wars frequently tilts back and forth before finally settling in one direction. Consider the U.S. experience in the Korean war.

In the war’s opening round, North Korean armor ploughed through the South’s defenses – including the infamous U.S. “Task Force Smith” – and almost drove the Americans and South Koreans off the peninsula. But the allied forces stood firm at the Pusan Perimeter and drove North Korea all the way back to the Yalu River at the border with China, with nearly everyone in the West believing the war would be over by Christmas 1950.

Instead, China and North Korea sprung a surprise and flooded the war with 300,000 Chinese, driving the South Korean and American troops hundreds of miles back. Then the war settled into a protracted stalemate along the 38th parallel, eventually resulting in the signing of an armistice in 1953 that remains unresolved to this day. There may well be just as many major shifts to come in this war.

For all the desertions and mass exodus of Russian men fleeing to escape the draft, hundreds of thousands are obeying the call and showing up for duty. There can be reasonable debate over the quality of those new troops, but the reality is that adding even another 100,000 combat troops to the Russian side could have a dramatic effect, especially if they are paired with experienced troops and concentrated in their employment.

Moreover, Putin is not likely to remain passive in the face of his many setbacks and can be counted on to escalate the war on his terms. He may also expand the target list beyond the current frontlines to western Ukraine, and significantly ramp up his destruction of Ukrainian power stations, rail junctions, more dams, bridges, and other infrastructure that would seriously hamper Ukraine’s ability to move its troops around. Desperate men are capable of significant escalation, and we should not disregard the number of recent warnings from senior Russian leaders that, in a worse-case scenario, nuclear weapons could be used. 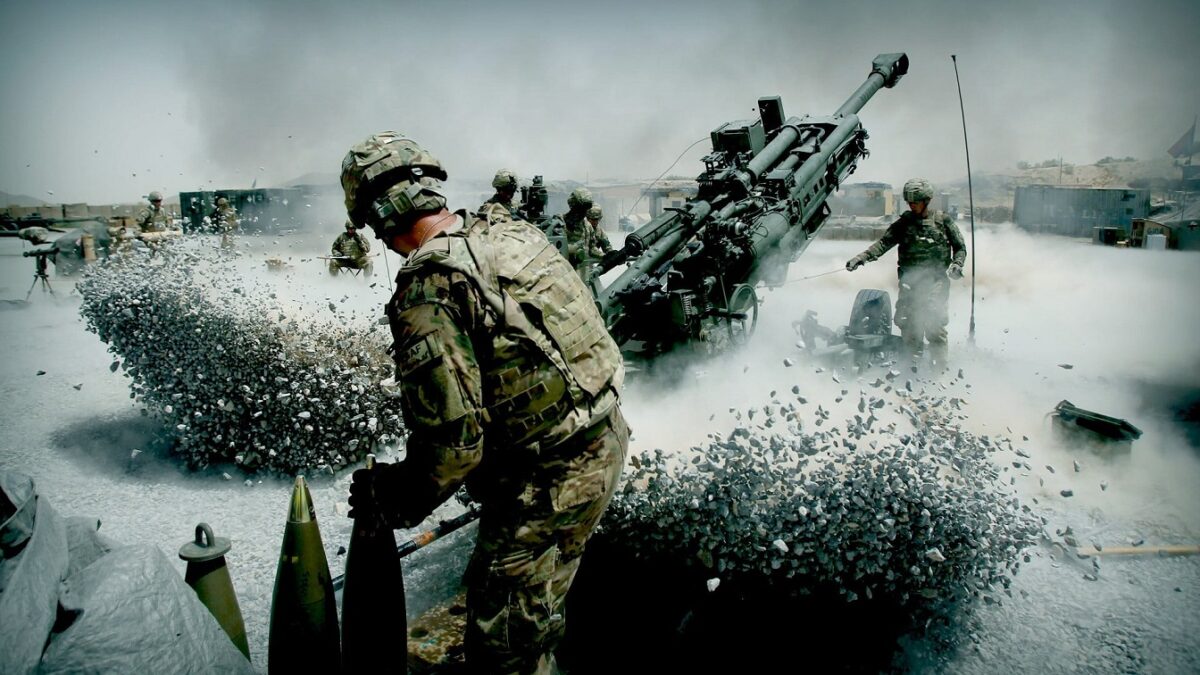 How this war eventually turns out is impossible to predict at this point. There are a myriad potential outcomes, and likely a host of dramatic twists and turns yet to come. One thing, however, seems clear: there won’t be an easy end, neither side will get a satisfying result, and no matter what, the conflict is likely to drag on for the foreseeable future – taking the lives of tens of thousands more Ukrainian and Russian troops and civilians.