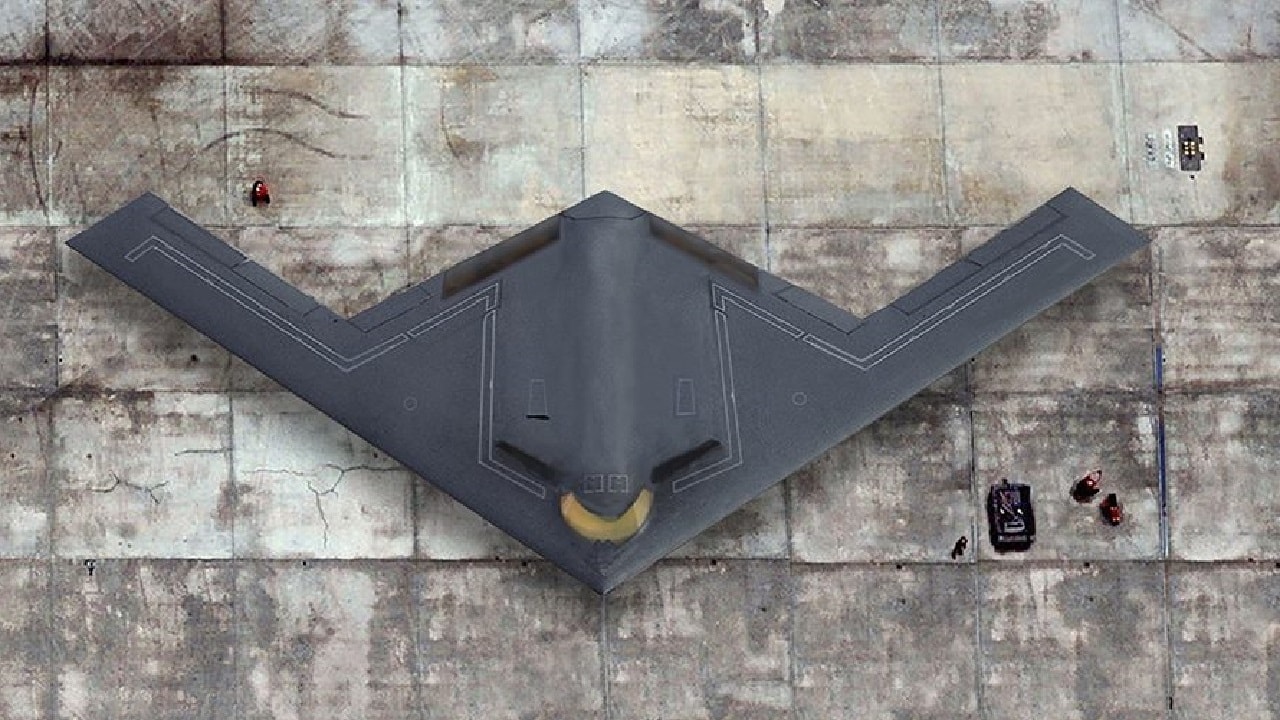 The U.S. military clearly sees Russia and China as the significant threats it has to deal with – thanks to challenges over Ukraine and Taiwan. But what are the best tools to have in that military toolkit should a crisis break out? Well, the one the U.S. Air Force seems to have placed a lot of resources into is the B-21 Raider stealth bomber:

Any journalist worth his/her salt knows the 5W’s: Who, What, When, Where, and Why. After having penned an article for 19FortyFive a month ago profiling What we know about the U.S. Air Force’s prospective new B-21 “Raider” stealth bomber, methinks it logical to write a follow-up piece discussing Why the USAF wants the B-21 so badly. (The Who should be plenty obvious, whilst the When and Where are still TBD, since the maiden test flight hasn’t happened yet.)

If my fellow USAF types will pardon me for using a Navy acronym here, the BLUF (Bottom Line Up Front) boils down to these factors: (1) “keeping up with the Joneses,” or more literally, keeping up with America’s adversaries; (2) the age and wear & tear on the platforms the Raider is intended to replace; and (3) cost-effectiveness (an all-too-rare virtue in defense acquisitions). Let’s examine these factors in detail, one category at a time.

Keeping Up with the Joneses (Adversaries)

As far as we can determine, the Russians have no plans for any stealthy strategic bombers beyond the PAK DA, but those plans don’t look solid despite what Moscow keeps saying. For one thing, they’re having enough problems with their 5th Generation stealth fighters, i.e. the Sukhoi Su-57 “Bandit” and Su-75 “Checkmate.”

So, for the time being, the Russkies seem to be content with the Cold War-era – and decidedly non-stealthy – Bear, Backfire, Badger, and Blackjack bombers to fulfill their strategic bombing missions.

China’s People’s Liberation Army Air Force (PLAAF) on the other hand, is a different story. Less than a week ago, defense writer Thomas Newdick wrote an article for The Drive which opens with the following ominous words: “The saga of China’s H-20 next-generation bomber may have taken a very interesting new turn, with the appearance of at least two models showing a new aircraft design, or at least a concept, that seems to have strong similarities to how the H-20 is expected to look…there seems to be momentum gathering behind the long-awaited bomber, suggesting its official unveiling — or a state-approved leaking — may not be far off.”

The photos accompanying Mr. Newdick’s article show models of a plane that bear an eerie resemblance to both the B-2 Spirit and the artists’ conceptions of the B-21. PLA reverse-engineering and copycatting at its finest…but lack of originality notwithstanding, it still creates an added sense of urgency for the USAF to field a bomber that matches or exceeds the H-20’s capabilities.

B-21: Replacing an Aged Bomber Fleet

The B-1B Lancer (or “the Bone,” as her crews prefer to call her), B-2 Spirit, and B-52 Stratofortress have all performed with distinction in actual combat in the past several decades. The B-2, in particular, holds the record for the longest air combat mission in history – and has suffered nary a single combat loss to boot, while the B-52’s ability to rain down death & destruction upon the enemy is simply legendary.

But notice what I said about “past several decades;” there’s the rub.

The B-2 is the youngest of our strategic bombers, at age 33 (counting her 17 July 1989 maiden flight as her “birthday”). Generally, that’s considered merely “middle-aged” for an aircraft (hell, Elvis was 33 y/o when he did his 1968 Comeback Special), but when you consider (1) that there are only 20 B-2s in service and (2) how heavily they’ve been used since the Global War on Terror (GWOT) kicked off…well, in the immortal words of Indiana Jones. “It’s not the years, honey, it’s the mileage.”

As for the B-52, yes, despite her septuagenarian status, she keeps right on flying and kickin’ butt ‘n’ takin’ names. Moreover, her ability to wield cruise missiles demonstrates her versatility and long-distance standoff attack capability. But nothing manmade last forever, and she’ll have to be retired eventually. What’s more, she has neither speed nor stealth; hew crews affectionately call her the BUFF (Big Ugly Fat F*cker” for a reason).

What about “the Bone?” She does have the supersonic speed that the BUFF and the Spirit both lack. But while her radar cross section (RCS) is less than that of the B-52, she still doesn’t have stealth capability. And she’s showing the most accelerated wear & tear out of all the USAF strategic bomber types; 11 months ago, Air Force Global Strike Command retired the last of 17 B-1Bs from its inventory, leaving a total of 45 available airframes on the roster. As things stand, the National Defense Authorization Act (NDAA) only guarantees the service life of the remaining Bones until the end of September 2023.

The B-21 Raider – with an RCS roughly the size of a mosquito — would address all these shortcomings.

The B-1B and the B-2 alike were infamous for their hefty price tags and “cost overruns” (a popular cliché in the defense industry). Amazingly, the Raider thus far seems to be breaking this financially-distressing pattern. As Kyle Mizokami reported in Popular Mechanics months ago, “the aircraft is reasonably on track and has stayed within its budget—a modern miracle for expensive defense programs…The bomber remains, by all accounts, on track cost-wise despite the COVID-19 pandemic and supply chain issues that have bedeviled other programs.” 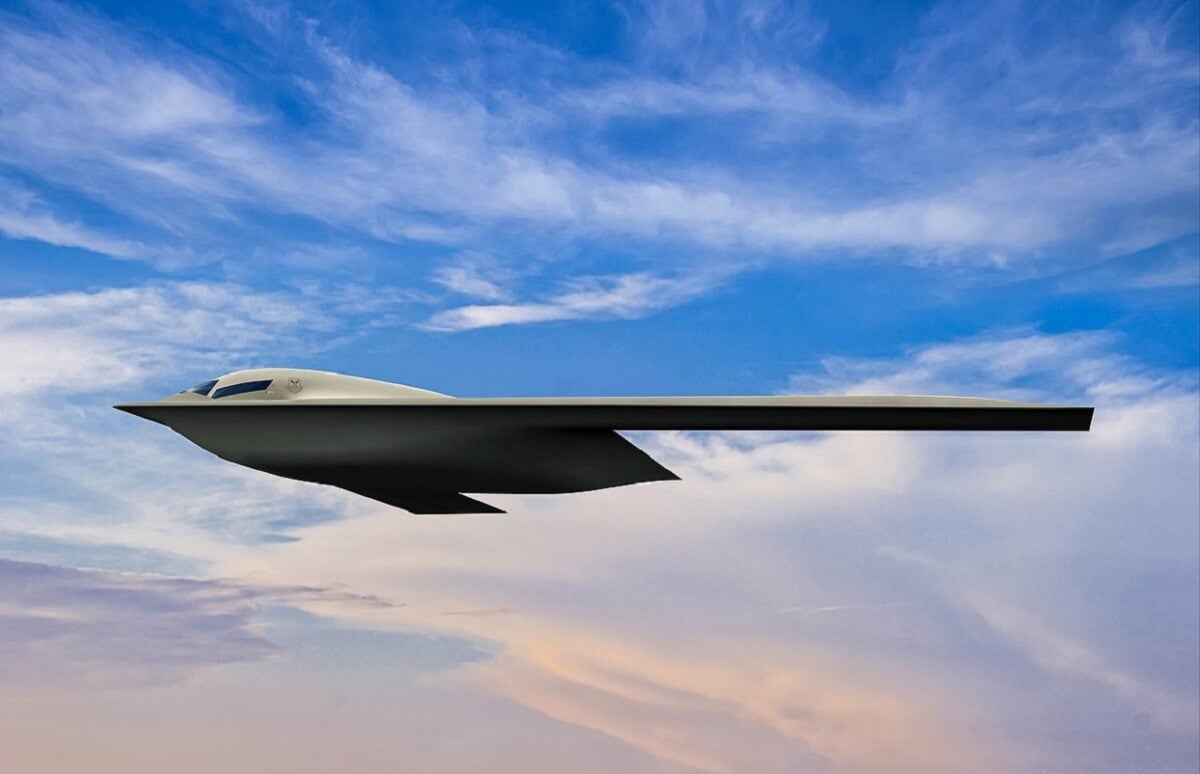 In other words, the B-21 thus far seems to be enabling former USAF Chief of Staff (2008-2012 term of service) Gen. Norton Schwartz’s promises to (1) keep the cost as the prime consideration and not break a ceiling of $550 million in 2010 dollars; and (2) keep the cost down via heavy reliance on offboard sensors, jammers, and other capabilities to, as part of a system of systems.