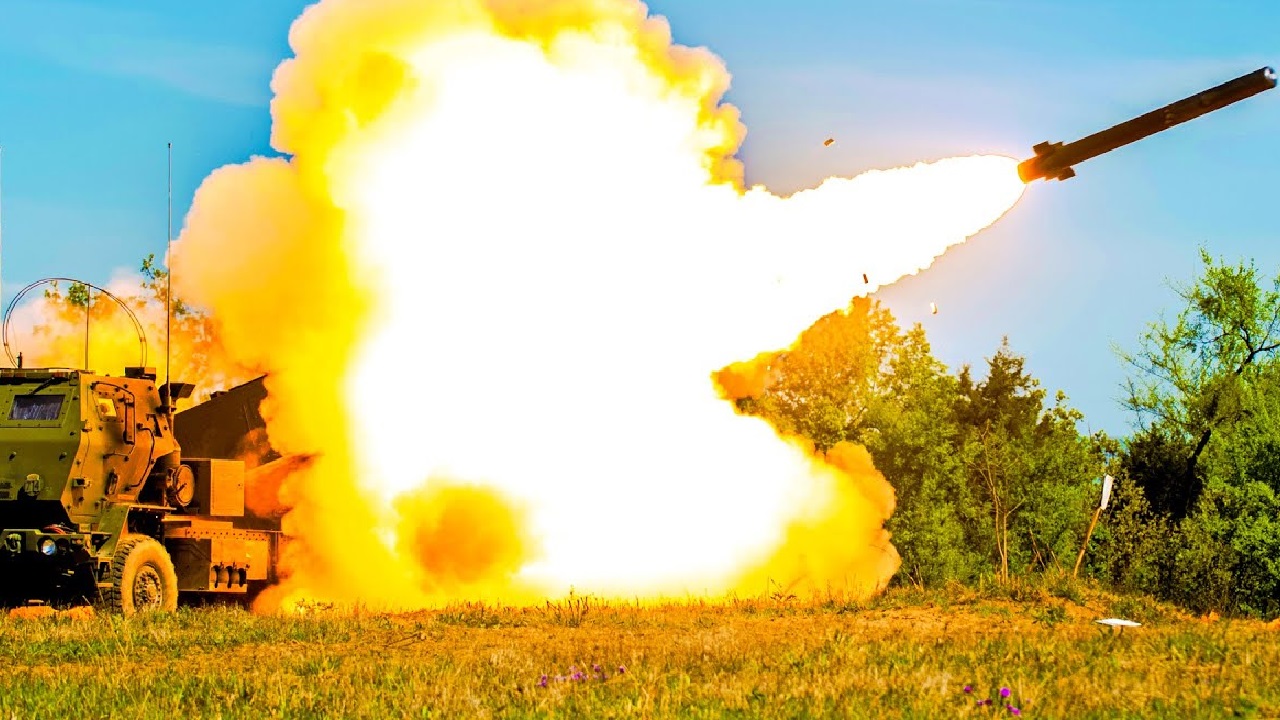 Does America Have a Goal or Strategy for Ukraine? On Friday, Treasury Secretary Janet Yellen announced the G7 had agreed to impose a price cap regime on Russian oil. As with most other actions by the U.S. and Europe related to Russia’s unjust war against Ukraine, the announcement of the cap was big on rhetorical flourish, but thread-bare on any evidence of a coherent strategic objective.

(19FortyFive Contributing Editor Daniel L. Davis, author of this article, analyzes the situation in Ukraine on Fox News above.)

The intent of the cap is to set a global price just above Russia’s marginal cost so that Moscow won’t make a profit on the sale of oil but high enough that Russia won’t stop producing altogether. Current global demand can’t be met without the nearly nine million barrels of oil per day provided by Russia, and if Putin were to stop producing suddenly, the resulting supply shock could send the price of oil into the stratosphere.

The purpose of the cap, Yellen claimed, would be to “deliver a major blow for Russian finances and will both hinder Russia’s ability to fight its unprovoked war in Ukraine and hasten the deterioration of the Russian economy.” It remains to be seen if the G7 can make good on its aspiration and actually develop and implement a worldwide price cap scheme. But along with other actions sponsored or endorsed by the United States government, it is far from certain what end state Washington hopes to obtain.

On February 7, about three weeks before Putin ordered the Russian military to invade its smaller neighbor, President Biden threatened to “impose the most severe sanctions that have ever been imposed” should Russia invade. Four days later, National Security Advisor Jake Sullivan explained that President Biden “believes that sanctions are intended to deter.  And in order for them to work — to deter, they have to be set up in a way where if Putin moves, then the costs are imposed.”

Yet after the threats of sanctions failed to deter Putin, Biden adjusted the rationale when he claimed that in fact “no one expected the sanctions to prevent anything from happening.” Instead, he continued, the sanctions were designed to show Western “resolve,” which, over time, “will impose significant costs on him (Putin).” Even with this new claim on his justification for sanctions, there was no explanation for what these “significant costs” were designed to accomplish. The Administration’s lack of focus didn’t stop there, unfortunately.

In late April, Secretaries of Defense and State, Lloyd Austin and Antony Blinken, traveled to Kyiv to meet with Ukrainian President Volodymyr Zelensky to explore ways the U.S. could help Ukraine’s military. Following their meeting, Austin said the United States wanted to see Ukraine remain a “sovereign country,” and that the U.S. wants “to see Russia weakened to the degree that it can’t do the kinds of things that it has done in invading Ukraine.” It’s what Austin, Blinken, and Biden have not said, however, that illustrates a continuing problem with American foreign policy.

To date, none of America’s top leaders have said how our support for Kyiv is expected to achieve the outcomes sought. No one has articulated what a “weakened” Russia looks like or how we’ll know when that standard has been reached – or even why weakening Russia is a vital interest to the U.S. that is worth taking huge risks. These are not just academic or hair-splitting questions. They are foundational. Here’s why:

Since even before the war began, the United States has had no vision for the end state it wishes to produce. For example, if Biden’s objective prior to 24 February genuinely was to deter Russia from launching a war, it should have been clear beyond a reasonable doubt that a threat of sanctions alone would not have been sufficient to convince Putin not to invade.

Washington would have had to be aggressively engaged diplomatically with both Kyiv and Moscow to use the full heft of U.S. power to find a route to prevent war. There is no evidence the U.S. put any serious diplomatic effort towards averting war. Without a clearly articulated objective, there was nothing to guide the various departments of the Administration on how to achieve the desired outcome. The result was predictable: policy failure.

Virtually the only objective voiced by any member of Biden’s national security team since the war began has been Austin’s aforementioned desire to see Russia “weakened.” Yet if the White House doesn’t know what a weakened Russia looks like, how will it ever know if its actions are contributing towards a successful outcome beneficial to America? That’s where we are right now.

We send multiple rounds of multi-billion-dollar support to Ukraine, including some modern and some antiquated gear, but it is not a coherent set of military kit tied to enabling a specific capacity in the Ukraine Armed Forces. The White House leads multiple tranches of sanctions against Russia, but there is no declared purpose as to what they are intended to produce.

Since we don’t know what we’re trying to accomplish, no one can tell the American people how much the effort is going to cost, how long it’s going to last, or even what success would look like. If this sounds familiar, it should: it is basically the same aimless, incompetent foreign policy the United States has been pursuing for decades. 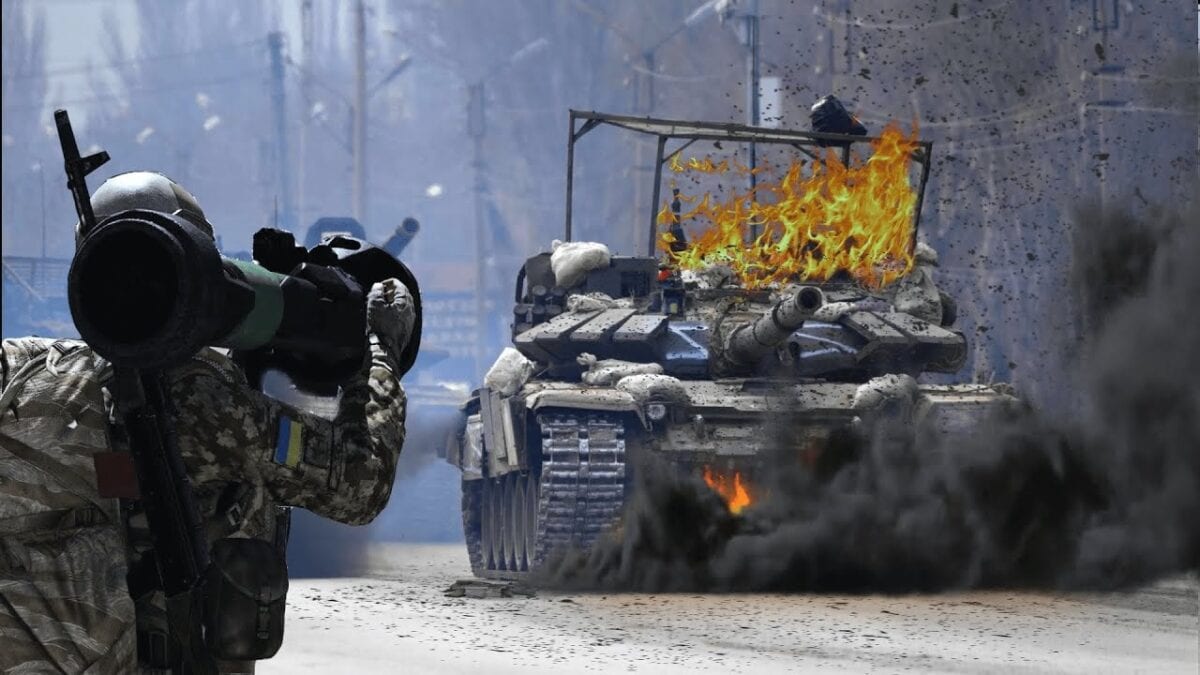 -We fought a generational war in Afghanistan that never bothered to set an objective; no one in power even articulated what success would look like, and thus no victory of any sort was ever achieved;

-We started a war in Iraq beginning in 2003 that quasi-ended in 2011, only to return again in 2014 – without any president bothering to set an attainable military objective or even articulating what the Force was there to accomplish so the American people could know when the operation could successfully end – and it continues without success or end to this day.

-We have had the same malady in our actions in Syria, Libya, Somalia, Niger, and many other locations in Africa: the government has not identified any attainable military objectives whose accomplishment would benefit our country and signal the end of the mission – and thus none have benefitted the U.S. and most still drone unsuccessfully on.

The cost to the United States for all these failures has been profound – and now we’re creating a new mission without a clear objective and no identifiable end state. The Russia-Ukraine war just passed the six-month mark. The danger isn’t as much that we might still be trying to divine the Administration’s objectives six years from now – though that sad outcome is entirely possible – but that this war could one day spill over Ukraine’s borders and get us sucked into a war we should never have fought and from which we could never benefit.