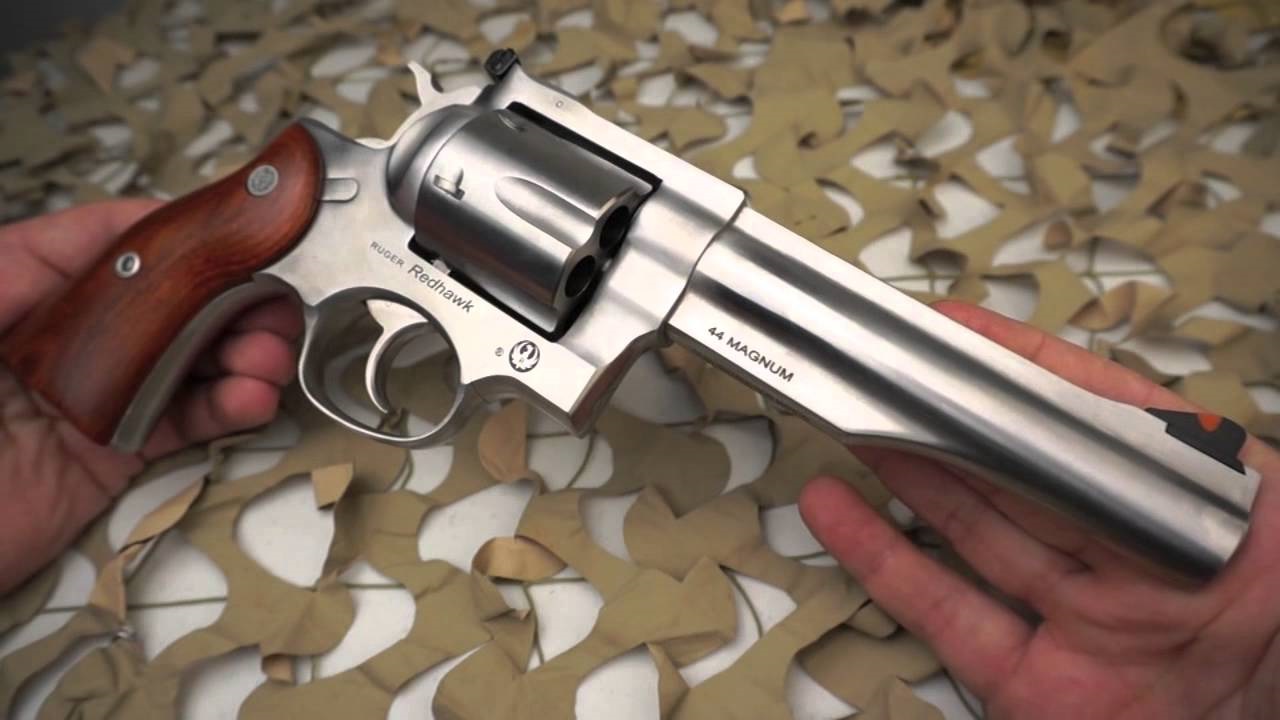 “It’s a light Special. This size gun, it gives me better control, less recoil than a .357 Magnum with wadcutters.”

The above snippet of dialogue transpires between rookie San Francisco PD Officer Phil Sweet (Tim Matheson) and iconic SFPD Inspector Harry Callahan (Clint Eastwood) during the shooting range scene in Magnum Force, the second film in the Dirty Harry series. The “light Special” that Harry is referring to is the .44 Special cartridge, the round that begat the .44 Magnum cartridge. In turn, the .44 Special was begotten by the .44 Russian cartridge. Let’s take a look at these two kinder, gentler ancestors of the famous Magnum.

A Brief History of the .44 Russian Cartridge

The highly respected big-bore aficionado John Taffin of GUNS Magazine gives us this historical background on how an American-designed handgun cartridge got Russified:

“Smith & Wesson had originally sent a sample .44 American to the Russian Military Attaché, General Alexander Gorloff, who happened to be in Hartford purchasing rifles. This is one of the smartest things Smith & Wesson could have done as the first contract from Russia in May 1871 resulted in 20,000 of the Model #3 American going to Russia. Eventually over 130,000 were purchased by the Russians. However, they made two significant changes, one of which still impacts us today.”

That impactful change pertains to the ammunition, as opposed to the specific guns purchased by the Russian government. The .44 American cartridge that Mr. Taffin refers to used a so-called heeled bullet, meaning the bullet has a narrow heel that fits inside the case, resulting in a smaller diameter placed inside the case, while the bullet itself is the same diameter as the case. However, as noted by Mike “Duke” Venturino of American Handgunner, “The general had this crazy idea a bullet’s body should be the same diameter and fit inside a cartridge case. Since the Russians promised to pay for their S&W Model #3 in gold, the company was happy to accept their idea. Thus was born the S&W .44 Russian, and henceforth the .44/100 was called .44 American.”

In order to accommodate Gen. Gorloff’s desires, the brass case needed to be increased in diameter, which also allowed for proper crimping of the bullet to prevent it moving forward under recoil.

A Brief History of the .44 Special Cartridge

Once again we turn to Venturino:

“Now jump to 1907. S&W wanted to enter the large frame, swing-out cylinder market. As a cartridge for the Hand Ejector, First Model .44 (nicknamed triplelock) they introduced a wild and crazy idea. They lengthened .44 Russian’s case to 1.16″, using the exact same 246-gr. bullet at a similar velocity of about 750 fps. It was named .44 S&W Special. Factory loads carried either smokeless or black powder.”

And from there, we jump to 1955, when legendary gun writer Elmer Keith used the .44 Special as the springboard for the .44 Magnum. The shell casing of the Special was lengthened to 1.29 inches. The rest was handgun – and cinematic – history.

Present-day guns chambered specifically for the .44 Russian and .44 Special are comparatively few. There’s the Charter Arms Bulldog and the Smith & Wesson Model 624. I’ve never fired either of these guns – though I’ve heard good things about them – or any other .44 Special-specific or .44 Russian-only gun, for that matter. But of course, as already indicated in the opening paragraph, both of these calibers can be safely fired in any .44 Magnum revolver. (You can’t fire them in a .44 Mag-chambered semiautomatic pistol such as the Desert Eagle, as they don’t have enough recoil impulse to cycle the slide.).

In fact, my first time firing any sort of .44 revolver was in September 1990, at the age of 15, when I fired Specials through a Smith & Wesson Model 629, the stainless steel version of Inspector Callahan’s S&W Model 29. I was pleasantly surprised at just how mild-shooting the caliber was, as the aforementioned scene from Magnum Force still had me expecting Magnum-esque recoil and muzzle blast.

For this review, I took my Ruger Redhawk .44 Mag — yes, the same gun I reviewed back in August — to the excellent Silver Eagle Group indoor shooting facility in Ashburn, Virginia. Since neither the Russian not the Special are as popular as the Magnum nowadays, I had to settle for a mere three loadings to test out: Hornady FTX Critical Defense 165-grain and Speer Gold Dot 200-grain jacketed hollowpoint for the Special, and Fiocchi 247-grain lead round-nose for the Russkie.

All three rounds were quite pleasant to shoot. All enabled head shots at 7 yards. At 25 yards, the shot groups could easily be covered by my hand (fingers fully extended of course), and at the 50-yard line the shot groups were reasonably tight. The only problem was the gun itself. As I noted in my previous Redhawk review, the revolver shoots ridiculously high, requiring a center-torso hold to get head hits at 25 yards. The previous owner had installed a godawful bead style front sight, so I replaced it with a HiViz LiteWave sight courtesy of the fine gunsmiths at Sterling Arsenal in Sterling, Virginia. However, even though the sight picture was vastly improved, the high-shooting malady remained. Hell, at 50 yards, I had to take a waist-area hold on the ICE-QT target just to stay on the paper. I reckon it’s time for another trip to the gunsmith.