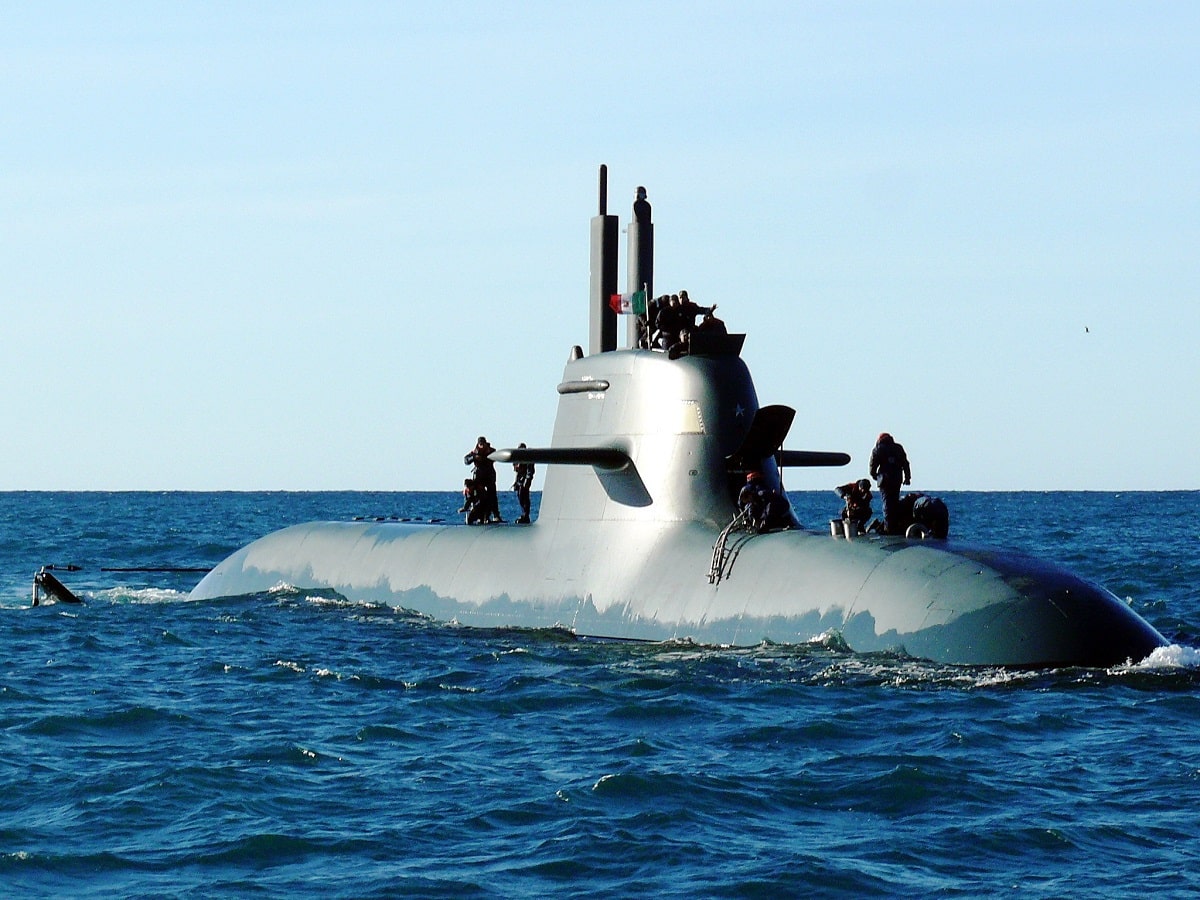 Though Germany wasn’t actually the first nation to employ submarines in wartime – as that distinction actually goes to the fledging United States, which employed the primitive one-man “Turtle” during the American Revolution – Germany’s U-Boats were the first to be utilized as a substitute for surface commerce raiding.

At the outset of the First World War, the Imperial German Navy had just 38 “Unterseeboots” (“undersea boats”), but those achieved notable successes against British warships and merchant shipping. By the end of the war Germany had built 334 U-boats and had 226 under construction. The peak U-boat strength of 140 was reached in October 1917 – and they accounted for the destruction of more than 10,000,000 tons of Allied shipping.

As a condition of the Treaty of Versailles, Germany was forbidden from possessing U-Boats, but after the Nazis came to power, the Kriegsmarine was soon again equipped with the U-Boats. They played a considerable role – sinking Allied vessels around the globe. During the Second World War, Germany built 1,162 U-boats, of which 785 were destroyed and the remainder surrendered (or were scuttled to avoid surrender).

Beginning in 1955, the West German Bundesmarine was once again permitted to have submarines, but those consisted of two World War II-era U-Boats that were raised and repaired. However, Germany soon sought to employ advanced technologies to overcome the displacement limits.

Throughout much of the Cold War, and even after the dissolution of the Soviet Union, Germany had been a builder and exporter of its submarines. Yet, its own submarine force had seen better days. In a period between early 2017 and late 2018, all six of its Type 212A attack submarines were taken out of commission, due to an underfunded defense establishment to a shortage of sailors.

Seeing the problems, as well as Russia’s increased saber rattling, Berlin had sought to rectify the situation, and last year, the German Bundestag (federal parliament had allocated billions of euros for the fleet modernization. That has called for the building of two new 212 CD class submarines that will be constructed as part of a planned German-Norwegian armaments cooperation.

In addition, all six of Germany’s diesel-electric/air-independent propulsion (SSKs/AIP) boats have been returned to active service. The submarines are equipped with AIP technology, developed by the German corporation Siemens, which allows the submarines to submerge for long periods of time. The Type 212A boats can operate in both the open sea and littoral waters. The boats, which are about 56 meters in length, can travel up to 20 knots when submerged.

As it currently stands, Germany’s submarine force remains a shell of its former self – and it would be unwise to suggest that it could go toe-to-toe with the Russian Navy, which currently operates some 64 submarines including nuclear and conventional attack submarines; guided-missile subs armed with cruise missiles; and ballistic missile submarines. Many of Russia’s submarines may be old – some older than their crews – but Moscow has the numbers, and it is unlikely Berlin will ever have a U-Boat fleet anywhere close to what it had in the World Wars.

However, as a member of NATO, Germany is simply unlikely to need such Unterseeboots again.