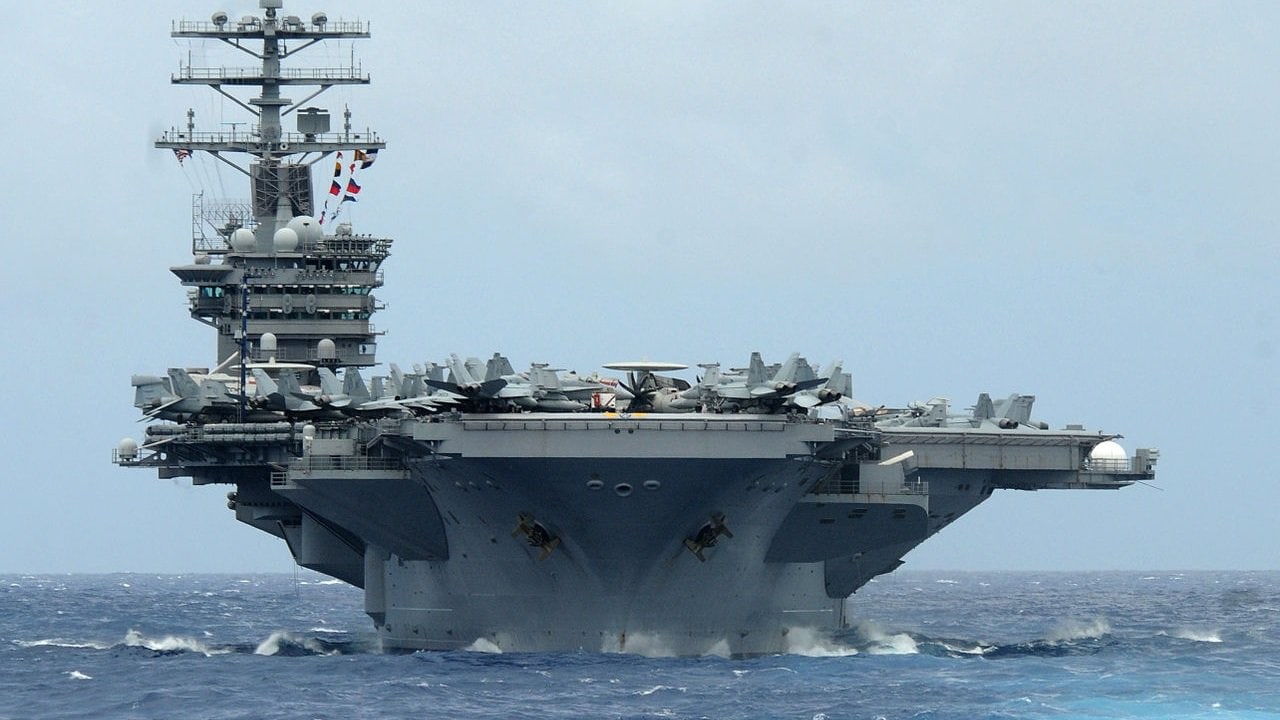 The US Navy acknowledged recently that the water the crew of the aircraft carrier USS Nimitz uses to bathe and drink was contaminated by what it described as “traces” of jet fuel, but a sailor on the ship said the situation was worse than the service first let on. 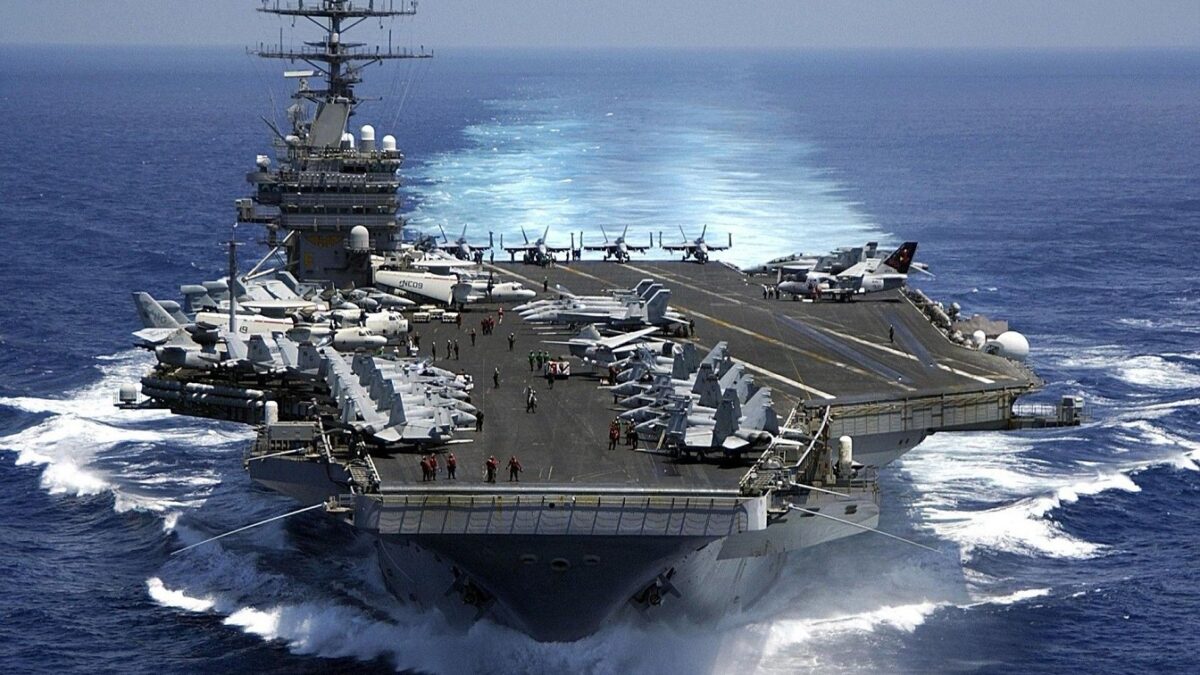 The crew learned about two weeks ago that the water supply had a problem. Specifically, the water had become a troublingly discolored fluid with a bad smell, a sailor said. Testing found what the Navy said were “detectable traces” of hydrocarbons, a chemical component of jet fuel.

In a recent interview with Insider, a sailor aboard the ship described a situation that appears to be far worse than what was initially indicated by the Navy.

“We were exposed to an unhealthy amount of JP-5,” the USS Nimitz sailor, whose identity is known to Insider but is being withheld due to concerns about the possibility of retribution, said this week. JP-5, or jet-propellant-5, is a kerosene-based fuel that is used in military aircraft and is a go-to for the Navy’s carrier air wings.

The sailor explained that although they and their shipmates drank and showered with the contaminated water, they were initially denied medical attention for issues that were believed to be related to their exposure to jet fuel.

After earlier Navy assurances there had been no ill effects, a spokesman for 3rd Fleet told Insider on Friday that five sailors have reported health issues that could be related to the contamination and that the ship’s leadership is monitoring the situation. In an overnight update, Insider was informed the number has since risen to 10.

Cmdr. Sean Robertson, a fleet spokesperson, told Insider on Friday that “if we receive any additional reports of potentially contaminated water, we will immediately investigate and take appropriate action to safeguard the crew.” The parents of the sailor Insider spoke with said at that time that the carrier’s medical team was still turning away some sailors.

The sailor said they were first informed there was jet fuel in the water on the evening of September 16. A Navy spokesperson confirmed this date to Task & Purpose, one of the outlets that along with Navy Times first reported on the problem, and said that the crew “immediately took action.”

The sailor said that the ship’s commanding officer announced to the ship that night that jet fuel had been discovered in the water, stressing that the crew of roughly 3,000 should not drink it and that they should drink only distributed bottled water until they returned to port.

The sailor said that later that night, however, they were told by the ship’s executive officer and the commanding officer that the water was actually safe to drink and that there was nothing to worry about.

“It was not safe to drink,” the sailor said. “People believed the CO and XO, and people were showering in this stuff.”

On the morning of September 17, the aircraft carrier arrived at San Diego’s Naval Air Station North Island, and by noon, the carrier was connected to the local water supply. It wasn’t until that point that the Nimitz leadership reversed course again and said the water was actually unsafe to drink and shower in, the sailor said.

Throughout the night and through the morning, people were under the impression that the water was safe, despite indications that it wasn’t, the sailor said.

“Medical was refusing to see patients or acknowledge that anything going on with patients or different sailors had anything related to the JP-5,” the sailor said, adding that medical staff “refused” to note the JP-5 exposure in sailors’ records.

The USS Nimitz sailor said that one fellow service member was throwing up while another had a rash. In a separate interview with Insider, the sailor’s parents — whose identities are also known to Insider but are being withheld to protect the sailor — said they noticed their sailor had developed a dry cough after the exposure.

“Medical was telling us that it’ll just pass through you,” the sailor said. They said that after reviewing a safety data sheet, which has information about hazardous chemicals, and cross-referencing their jet fuel exposure, it was clear they should seek medical attention.

The sailor explained that when the ship’s water tanks were opened for inspection late on September 17, a “thick layer of JP-5 on top of the potable water” was found. The next step was trying to flush the jet fuel out of the system.

They said that starting the next day on September 18, crewmembers began conducting taste- and smell-tests of the ship’s water — a process that continued for at least the following 10 days and something the sailor described as a “big concern.”

Though Cmdr. Robertson did not say anything about taste testing, he did tell Insider that a “sniffer team” of USS Nimitz sailors has been tasked with checking out “hot spots,” areas with concerning odors.

The process described by the sailor involved filling and then dumping the water tanks and then sampling the water for jet fuel. In draining the tank, however, they frequently spotted the fuel leaving residue along the sides of the tank.

“So basically what we’re doing is draining the water out, filling it back up, and letting the JP-5 coat the sides of the tank,” the sailor said.

By September 21, the water on the carrier had been laboratory-tested twice.

But the sailor rejected the notion that there were only “traces” of jet fuel, pointing to the “thick layer” of fuel they saw on top of the water in samples.

The aircraft carrier was supposed to depart San Diego late last week, but it ended up staying in port. The sailor speculated that this may have been because of media coverage and attention, which they said is what initially triggered the laboratory tests — not the crew’s suspicion that there was still jet fuel in the water.

To highlight the visible impact of the jet fuel contaminating the water, the sailor’s family provided Insider with a screenshot of a text exchange between the parents and the sailor. 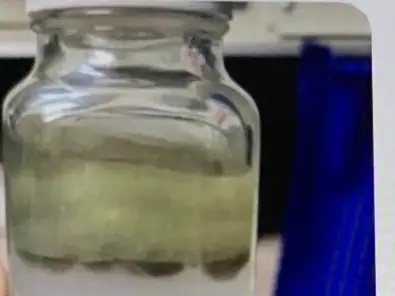 In the exchange is a photograph, shared with the sailor by a shipmate. The photo was taken shortly after it was first announced that there was jet fuel in the water, the sailor said, and appears to show a water sample — drawn from a water fountain — consisting of a thick, green, layer on the top and a murky, white layer on the bottom.

Working through the aftermath

The sailor said that as of this week, some of their fellow Navy sailors were still drinking and showering with the contaminated water because “we don’t have much of another option.”

The shore water looks clear and has gotten better, they said, but the smell and taste of jet fuel still lingers, as residual amounts continue to stick to the water tanks and piping.

“So the only way we can get all the contamination out of the tank is by completely draining it and scrubbing it, because the way JP-5 sticks to metal,” the sailor said.

Cmdr. Robertson told Insider in an email on Friday that the potable water system on the Nimitz continues to be evaluated so sailors get the “highest quality water” when the ship eventually leaves San Diego.

“The health and well-being of all of our Sailors is our top priority,” he added. “To that end, USS Nimitz leadership encourages the crew daily to report to medical immediately if they exhibit any illness or injury that could potentially be caused by exposure to contaminated water.”

As of Friday, Robertson said, 10 sailors have reported health issues that “could be associated with JP-5 ingestion, with no new reports in the last 24 hours.”

He said symptoms — which include headache, diarrhea, and rashes — were present between September 17 and September 26. None of those individuals are “currently reporting any symptoms that might be associated with JP-5 ingestion,” he said.

The parents of the sailor with which Insider spoke said in a separate interview that they have been reaching out to various lawmakers to try and voice their concerns, but they haven’t had much luck getting responses.

“Serving this country is a privilege,” one parent said. “But in return, I expect the leadership to support the soldiers and the sailors and to take care of them.”

Jake Epstein is a Breaking News Reporter on the Speed Desk (at Insider where this first appeared), based in Boston. Prior, he worked at The Times of Israel, freelanced in the Boston area, and interned at CBS Boston. He graduated from Lehigh University with a degree in journalism and international relations in May 2020. At Lehigh, he was the editor in chief of the independent student newspaper The Brown and White.