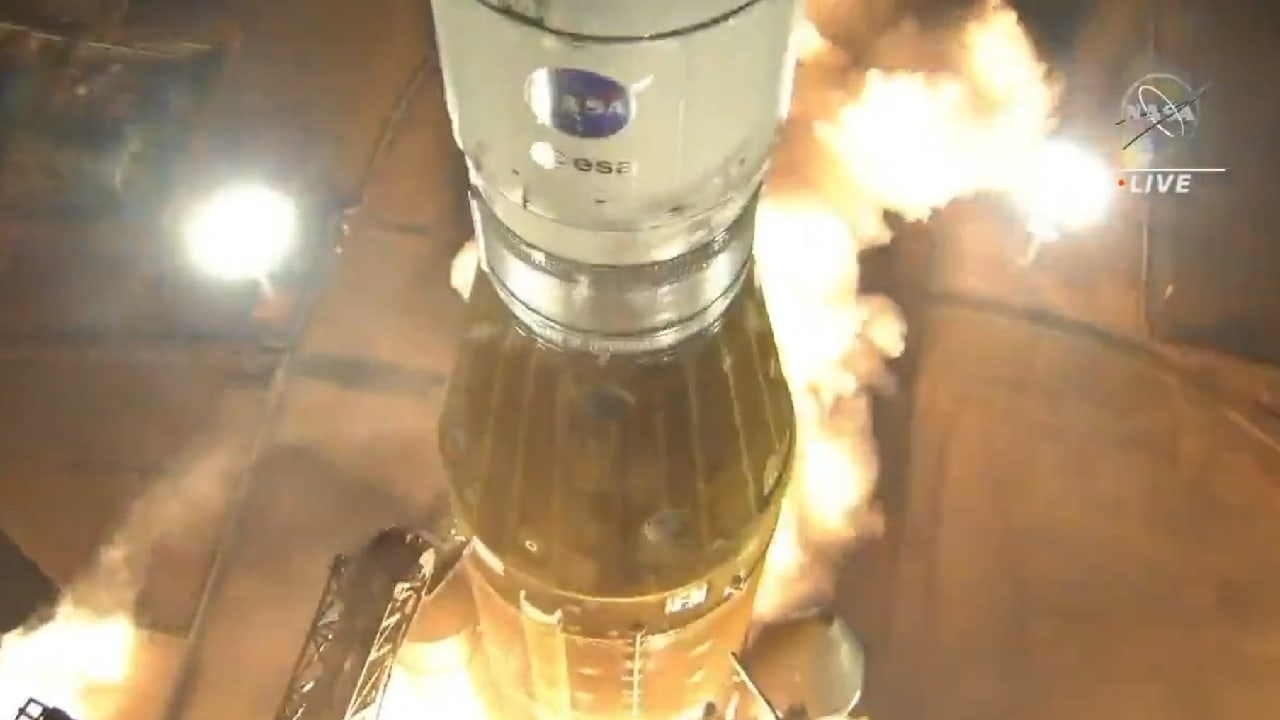 After repeated delays, the historic Artemis I mission is finally headed to the moon. The massive 322-foot-tall (98-meter-tall) Space Launch System (SLS) rocket lit its engines at 1:47 a.m. ET. Though it carried an unmanned spacecraft to space that will travel to – and around – the moon, it will pave the way for NASA to return astronauts to the lunar surface for the first time in half a century.

Known as Artemis I, the mission has been touted as a critical part of NASA’s Moon to Mars exploration approach, in which the agency explores for the benefit of humanity. It’s an important test for the agency before flying astronauts on the Artemis II mission.

“What an incredible sight to see NASA’s Space Launch System rocket and Orion spacecraft launch together for the first time. This uncrewed flight test will push Orion to the limits in the rigors of deep space, helping us prepare for human exploration on the Moon and, ultimately, Mars,” said NASA Administrator Bill Nelson.

According to NASA, after reaching its initial orbit, Orion deployed its solar arrays and engineers began performing checkouts of the spacecraft’s systems. About 1.5 hours into the flight, the rocket’s upper stage engine successfully fired for approximately 18 minutes, which provided the Orion with the “big push” needed to send it out of Earth orbit and toward the Moon.

“As @NASA_Orion begins the #Artemis I mission to the Moon, the spacecraft captured these stunning views of our home planet,” NASA Artemis announced via Twitter on Wednesday morning.

As @NASA_Orion begins the #Artemis I mission to the Moon, the spacecraft captured these stunning views of our home planet. pic.twitter.com/Pzk3PDt7sd

This test flight is also just a “small step” as it is the first in a series of missions under NASA’s Artemis program. It could also be described as a “team effort” for the American aerospace and defense industry. It includes a Lockheed Martin-built Orion spacecraft, a small “gumdrop-shaped” capsule that was designed to carry humans, along with two Northrop Grumman five-segment solid rocket boosters.

“The SLS rocket was launched by a powerful 7.2 million pounds of thrust from our solid rocket boosters which are largest, human-rated solid rocket boosters ever built,” said Wendy Williams, vice president, propulsion systems, Northrop Grumman. “Northop Grumman has been pioneering in space for over 50 years and our contributions to NASA’s Artemis missions continue our incredible legacy of innovation.”

Northrop Grumman had previously supplied rocket propulsion for NASA’s Apollo and Space Shuttle programs and developed the five-segment SLS solid rocket booster based on the flight-proven design of the space shuttle boosters.

The booster segments for Artemis II, the first crewed mission, as well as the follow-up Artemis III, the mission that will land the first woman on the lunar surface, are already complete. Artemis IV segments are currently being cast with propellant.

In this first historic mission, Orion will fly close to the Moon and use a precisely timed engine firing in conjunction with the Moon’s gravity to accelerate back toward Earth – traveling at 25,000 mph as it enters the planet’s atmosphere.

During this first journey to the moon, the Orion capsule is expected to log roughly 1.3 million miles (2 million kilometers) over the course of 25.5 days. The spacecraft is expected to splash down off the coast of San Diego, California, on December 11.

“We’re witnessing history as Artemis I brings us one significant step closer to making NASA’s vision for human deep space exploration a reality,” said Robert Lightfoot, executive vice president of Lockheed Martin Space. “Through a nationwide industry team that has also leveraged an international industrial base, this launch and mission unite the skills of a dedicated workforce and innovative technologies to make a global impact.”

NASA engineers will be closely monitoring the spacecraft’s performance and will determine if Orion performed as intended, and if it will be ready to support its first crewed mission to lunar orbit – currently on track for 2024.

“Most people today have not lived in a time when a human-rated deep space spacecraft has gone to the Moon or beyond,” said Lisa Callahan, vice president and general manager of Commercial Civil Space at Lockheed Martin Space. “With today’s launch, that statistic has changed and we’re now all members of the Artemis Generation. Personally, I can’t wait to see the first woman walk on the Moon and the spacecraft that will take her there is already in development.”

In this article:Artemis I, Moon, NASA, Orion, Space