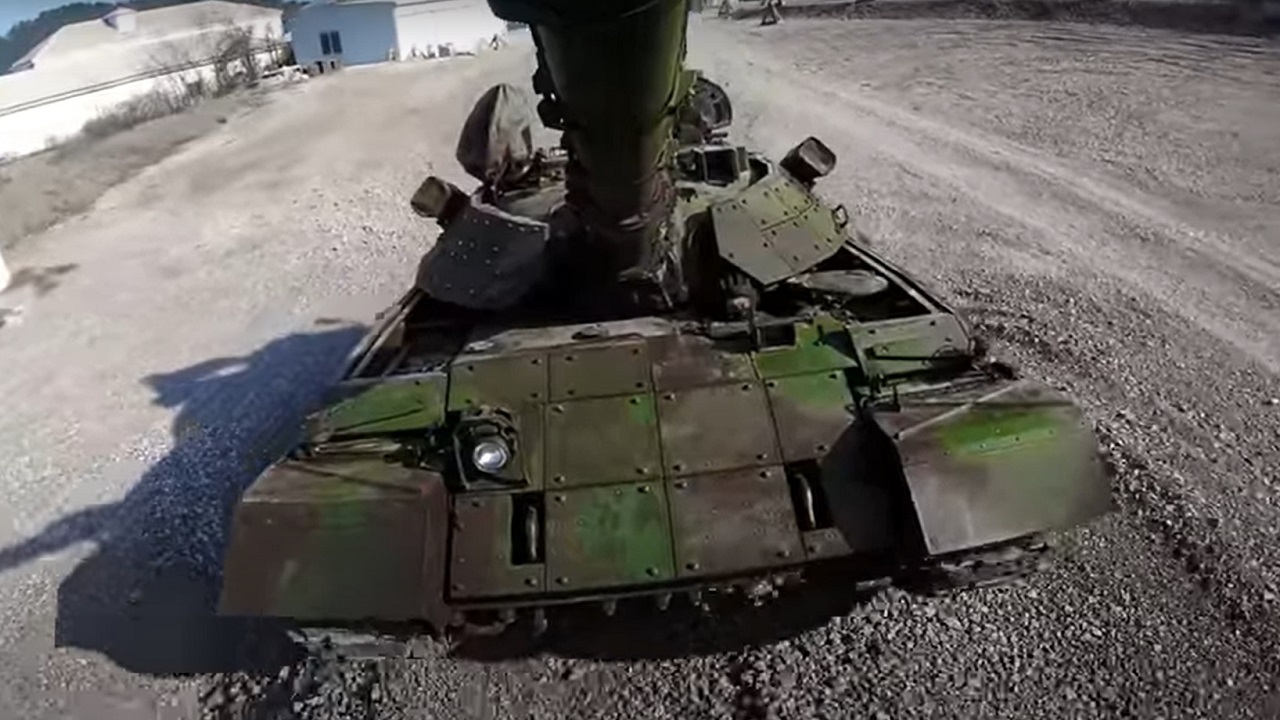 More Tanks Headed to Ukraine: The Ukrainian military may have captured enough Russian T-62 tanks to equip a tank battalion, but those vehicles that Russian crews have abandoned on the battlefield will only aid Kyiv’s efforts to a point. To actually drive out the invader, Ukraine needs an even greater number of armored vehicles, notably more modern tanks.

Though Ukraine’s military still hopes to get German-made Leopard 2 or M1 Abrams, aid has come in form of some twenty-eight M55S tanks from Slovenia, which reportedly arrived in recent weeks. Slovenia’s Ministry of Defense confirmed the tanks had been successfully delivered to Ukraine. The M55S is a newly-built, modernized version of the Soviet-era T-55 main battle tank (MBT).

While based on the original Cold War-era T-55, the upgraded M55S features a more powerful 105mm Royal Ordnance L7 main gun that is equipped with a thermal insulation jacket – one of the most successful tank guns of all time. In addition, its digital fire-control system has three modes of operation, automatic, semi-automatic, and manual.

The M55S is further equipped with a digital ballistic computer, gun stabilization, a Fotona SGS-55 sight with a laser rangefinder, a Fotona COMTOS-55 commander’s sight, an improved engine, and new rubber-metal tracks.

The deployment of those MBTs follows the thirty-five BVP M80A amphibious infantry fighting vehicles that Slovenia had sent to Ukraine in July.

Prague is also stepping up its efforts to help Kyiv.

Last week, a video was widely shared on social media that showed at least seven Czech Army T-72 MBTs being transported to Ukraine, along with four BVP-2 infantry fighting vehicles, and a number of Tatra military trucks.

This is the latest batch of T-72M1 tanks that have been sent from the Czech Army’s reserve stockpiles since April when forty of the export models tanks were sent to aid Ukraine. Prague had also bought a batch of T-72M1s from Bulgaria and subsequently shipped them to Kyiv as well.

The Czech Republic “inherited” its stock of the T-72 tanks following the dissolution of the Soviet Union, and continued their operational use throughout the 1990s. Many were upgraded to the T-72M4 CZ designation, which included a new powerpack, improved positioning of the crews, and enhanced vehicle survivability.

Some of the work was made possible by foreign assistance, including from the Israeli-based NIMDA, which designed the fully digitally-assisted main gun, along with a laser range-finder/thermal system that had been built into the commander’s position. A laser warning system, of Polish origin, had further improved crew survivability by enhancing situational awareness.

The Czech tanks also received an American Perkins CV12-1000 water-cooled diesel engine, which provides 1,000 horsepower output. It is mated with an American Allison XTG-411-6 automatic transmission system. The tank, however, retained its Soviet-era 125mm smoothbore main gun, but new ammunition was locally developed for it – which increased penetration values at range.

It hasn’t been reported how those M55S and T-72M4 CZs MBTs have performed on the battlefield, but given that Russian tank crews are giving up the fight, it is likely they’re helping bring the pain in Ukraine’s recently launched twin offensives.