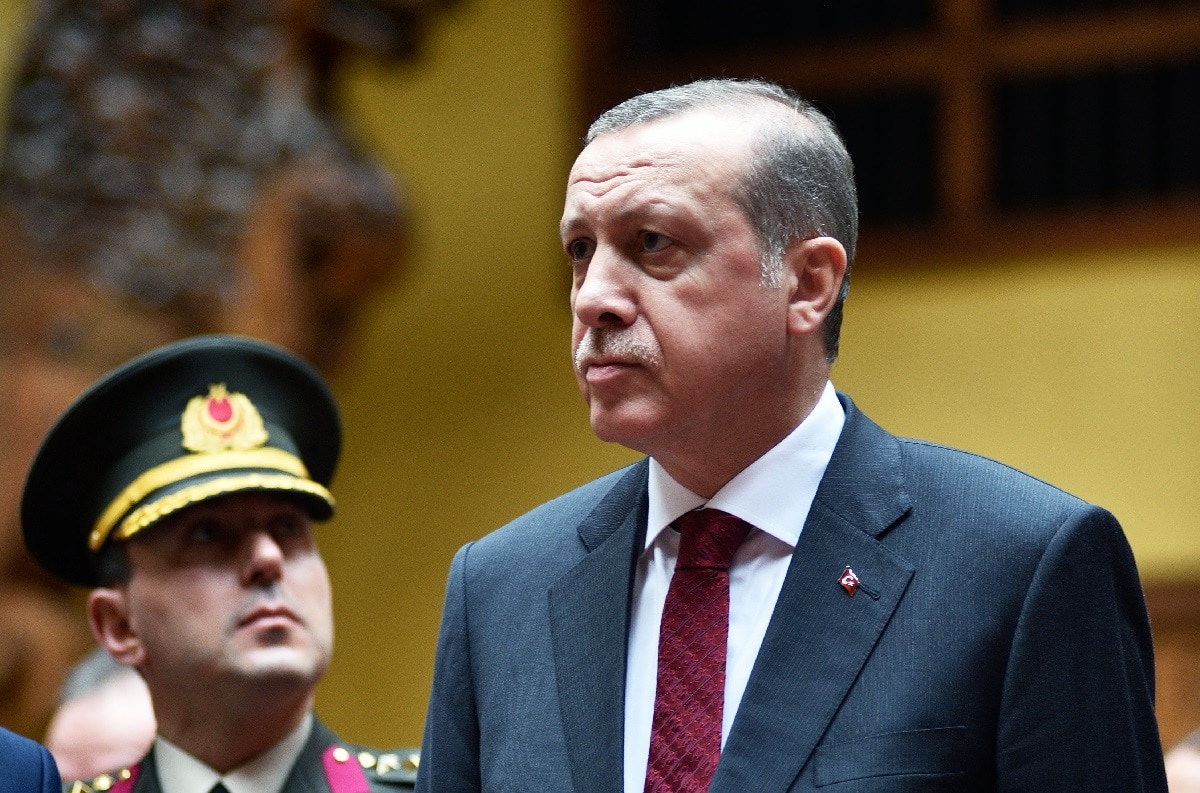 “We are determined to root out this terrorist organization,” Turkish President Recep Tayyip Erdogan declared shortly after a bomb exploded on an Istanbul pedestrian mall, calling the Kurdistan Workers Party (PKK) “enemies of Islam and humanity.”

For NATO leaders, diplomats, and those in Washington prone to accept and amplify Turkish talking points, Erdogan’s concerns were “legitimate.” Many repeated Turkey’s charge that PKK affiliates in Syria were responsible for the attack, something both Syrian Kurds and the PKK deny.

Such deference to Erdogan has a cost.

Turkey today uses the Istanbul bomb both as a reason to conduct a preplanned operation to eradicate Kurdish self-governance across northern and eastern Syria, and to incite the Turkish public against the United States. “We know the identity, location and track record of the terrorists. We also know very well who patronizes, arms and encourages terrorists,” Erdogan declared, trying to incite anger toward the United States, which has supported the Syrian Defense Forces’ fight against the Islamic State.

While there are legitimate arguments for close U.S.-Turkish ties, it is a mistake to both conflate Turkey with Erdogan and to assume principle rather than politics shapes the Turkish position toward the PKK.

From the very formation of modern Turkey, the country’s leaders discriminated against the country’s Kurds. For Mustafa Kemal Atatürk and his successor İsmet İnönü, the problem was the Kurds’ religiosity and resistance to laicism. Subsequently, Turks sought to repress Kurdish ethnic and cultural identity. It was against this milieu and outright racism that Abdullah Öcalan broke with Turkish leftists and founded the PKK on ethnic grounds.

At first, the PKK did engage in terrorism against fellow Kurds and Turks, and embraced Marxist ideology. In August 1984 PKK founder Abdullah Ocalan launched an insurgency and terror campaign, seizing towns in southeastern Turkey and using loudspeakers to declare separatist goals. Over the following decade, fighting between the PKK and the Turkish army resulted in perhaps 20,000 deaths. While Turkey engaged in systematic human rights abuses both before and after the PKK insurgency, PKK attacks on civilians were a tactical mistake as the Turkish public began to see the Kurds as an enemy group rather than a victimized minority, a fact that set the Kurdish cause back decades.

With the end of the Cold War, the PKK liberalized its economic philosophy and shed its separatist demands. With time, PKK evolved first into a more traditional insurgency, and then a far more dormant one. This is the major reason why the United States did not initially designate the PKK to be a terror group; it did so only in 1997 not on the merits of the group’s actions but rather because Ankara demanded it as a condition of a multi-billion dollar arms sale.

None other than Turgut Özal, prime minister and then president during the height of the PKK’s violent campaign, recognized the change in the PKK. Özal repeatedly stood up to Turkey’s ossified elite and broke the taboo surrounding liberalization of Turkey’s Kurdish policies to include allowing the Kurdish language, Kurdish education and television broadcasts. Özal also first proposed establishment of the Kurdish safe-haven in Iraq, albeit to avoid a refugee influx into Turkey. As the Turkish military gained the upper hand over the PKK in the early 1990s, Özal even pushed the Turkish government to address the economic discrimination that fueled separatist fire. Had a heart attack not felled Özal in his prime, it is possible if not even likely the PKK and Turkish state would have begun formal negotiations to end the insurgency.

Özal was not the only leader who sought to end the conflict with the PKK, although he was in hindsight the most sincere. Öcalan welcomed talks and shed doctrinaire inflexibility. Indeed, the PKK evolved with time just as Turkey had. Erdogan repeatedly reached out to the group and its proxies in the belief that his brand of Islamism might form a common bond and that Kurds might offer him electoral support. PKK members even agreed to lay down arms and move to Syria, where, with very few resources, they established a successful and progressive government. For Erdogan to complain that PKK members live in northern Syria is disingenuous since he sent them there as part of a peace deal.

Erdogan’s cynicism and dishonesty run deep. He made myriad promises to Turkish Kurds prior to each election, only to renege on them after. Ultimately, Turkey’s Kurds saw through his cynicism. They voted in earnest for the predominantly Kurdish Peoples’ Democratic Party (or its earlier iteration), breaking through the ten percent threshold to loosen Erdogan’s grip on parliament. Erdogan responded not by respecting the democratic will, but by arresting its leadership.

This brings us back to the present. Diplomats might appease the Turkish government in the mistaken belief they can appease Erdogan. They err in the belief that short-term appeasement will discourage further violence. Academics and think tank analysts should not be constrained by existing government policy, however. To substitute volume and repetition of Erdogan statements for research is both dishonest and poor research methodology. It is also anachronistic given developments in Turkish-Kurdish relations from the 1990s to the present. Here, there is a parallel to South Africa. Nelson Mandela’s African National Congress was both Marxist and engaged in terrorism in its origin, but both Mandela and the group he led evolved to seek compromise and peace.

There is something very wrong when Americans who have never interacted with or confronted the Syrian Kurdish leadership with their concerns, let alone bothered to visit the region to see whether Erdogan’s characterizations are accurate, seek to be more Turkish than the most ardent, intolerant, and extreme Turkish political groupings. The tragedy is that such academic malpractice can lead to very real consequence with the furtherance of conflict and the murder of even more innocents.