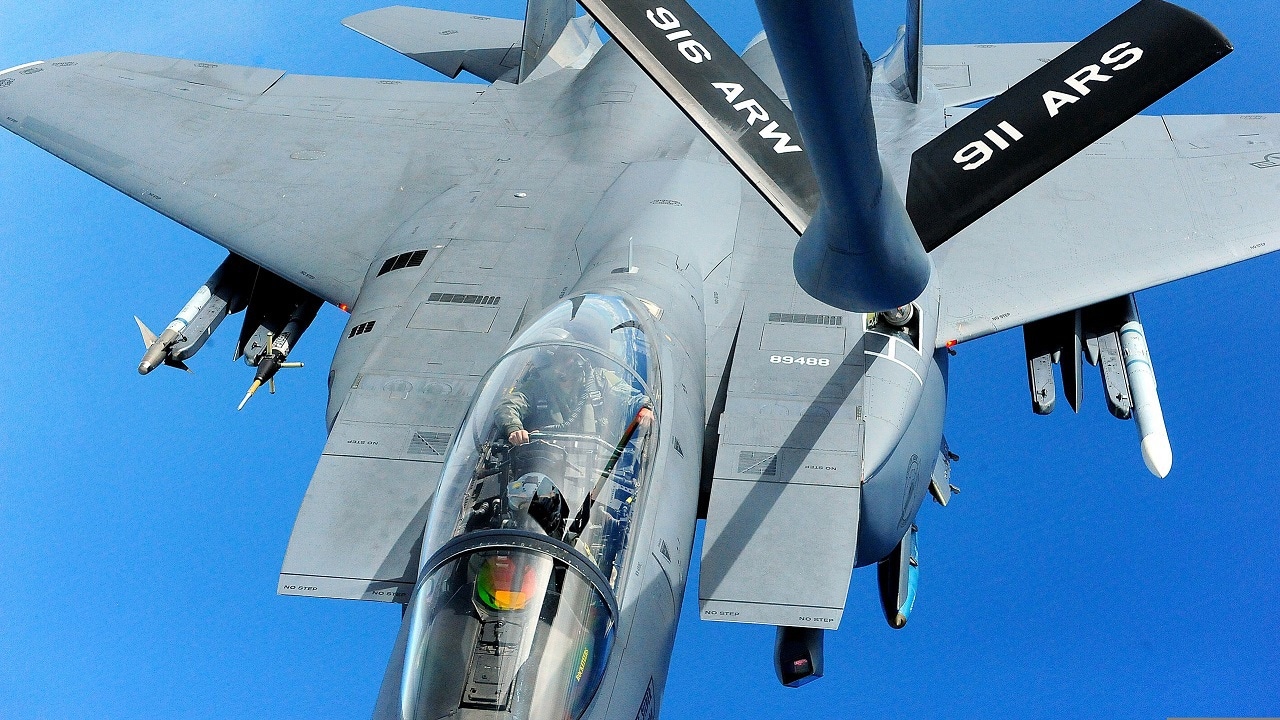 Both incidents occurred after U.S. Central Command (CENTCOM) destroyed nine bunkers in Syria believed to be ammunition depots and logistics supply facilities used by Iranian-backed groups. This tit-for-tat exchange coincides with the wrapping up of the joint U.S.-Iranian nuclear negotiations in Vienna. It is challenging to picture how a successful deal could arise on the heels of these airstrikes.

Aggression Builds After U.S. Base Attack

This recent escalation in violence ramped up on August 15, when the U.S. base at al-Tanf was attacked by two KAS-04 unmanned aerial vehicles (UAVs). Positioned on the border connecting Syria, Iraq, and Jordan, the al-Tanf garrison has evolved into the primary target for Iranian-backed barrages.

The garrison holds nearly half of the roughly 900 U.S. soldiers deployed in Syria today and largely functions as a training outpost for Syria opposition militias and as a launching point for conducting missions targeting the Islamic State. Although Iran did not claim responsibility for this attack, the drones used in the barrage are Iranian-produced fixed-wing explosive warhead drones of the Samad family. For the most part, these long-range UAVs are used by the Iranian-aligned Houthi rebels in Yemen. If one of Iran’s proxy groups possesses these armed weapons, their presence across the region is likely.

A report published by The Washington Institute for Near East Policy detailed why the drones likely originated from the Iraqi-based Popular Mobilization Forces (PMF) group, Kataib Hezbollah. This umbrella group has conducted dozens of airstrikes targeting U.S. diplomatic sites and military personnel in Iraq in the past.

The KAS-04 drone has also been identified as the weapon used in previous barrages at Erbil International Airport and al-Asad Air Base. According to the report, “In the case of the August 15 strike, U.S. Central Command confirmed that KAS-04s flew toward al-Tanf from a launch site in Iraq’s Babil province. Mention of this province is significant because it is often shorthand in U.S. circles for the Jurf al-Sakhar complex operated by KH, a U.S.-designated terrorist group. Jurf al-Sakhar is a closed-off military zone where KH denies full access even to federal Iraqi government personnel.”

Since this attack was widely deduced to be Iranian-directed, the White House ordered a round of “precision strikes” in the Deir ez-Zor province which “targeted faciliites used by the groups affiliated with Iran’s IRGC,” according to the spokesperson for CENTCOM Col. Joe Buccino.

In a statement, Buccino added that the airstrikes were “necessary to protect and defend U.S. personnel.” In this first round of strikes launched from an AC-130 gunship, several Iranian-backed militants were killed. The IRGC retaliated against the incident by launching two separate attacks inside Syria. In the first round, several rockets reached the perimeter of Mission Support Site Conoco. Rocket fire targeting Mission Support Site Green Village followed closely after.

The U.S. quickly responded to these attacks by destroying three vehicles and seven rocket launchers used in some of the group’s previous attacks, killing four more Iranian-backed fighters. According to The Associated Press, CENTCOM commander Gen. Michael Kurilla qualified that the ongoing joint U.S.-Iranian nuclear negotiations in Vienna are not linked at all to this uptick in violence, adding that the talks “have nothing to do with our (U.S.) willingness and resolve to defend ourselves.”

The Vienna negotiations, aimed at restoring a revived Joint Comprehensive Plan of Action (JCPOA), may finally conclude, after a long cessation, in the upcoming days. The effort to restore the 2015 Obama-era nuclear deal that the Trump administration withdrew from in 2018 is in its “final phase” pending the unanimous approval of its final draft.

Under the guidelines of the original nuclear deal, Tehran was instructed to drastically curtail its nuclear program in exchange for economic relief from sanctions placed on the regime by the U.S. and other world powers. Iran’s failure to comply with the global watchdog taskforce, the International Atomic Energy Agency (IAEA), tasked with supervising the country’s nuclear activities in addition to other treaty violations led the previous administration to pull out from the agreement. Iran’s sharp uptick in nuclear materials development has brought the regime dangerously closer to its nuclear breakout time. The White House has been scrambling to salvage the deal that it believes will slow down Iran’s progress.

While the Biden administration may publicly separate the nuclear talks from the recent exchanges of fire targeting U.S. troops in the Middle East, the logic of rewarding a regime that conducts state-sponsored terrorism abroad with the concessions provided by the deal is murky at best.