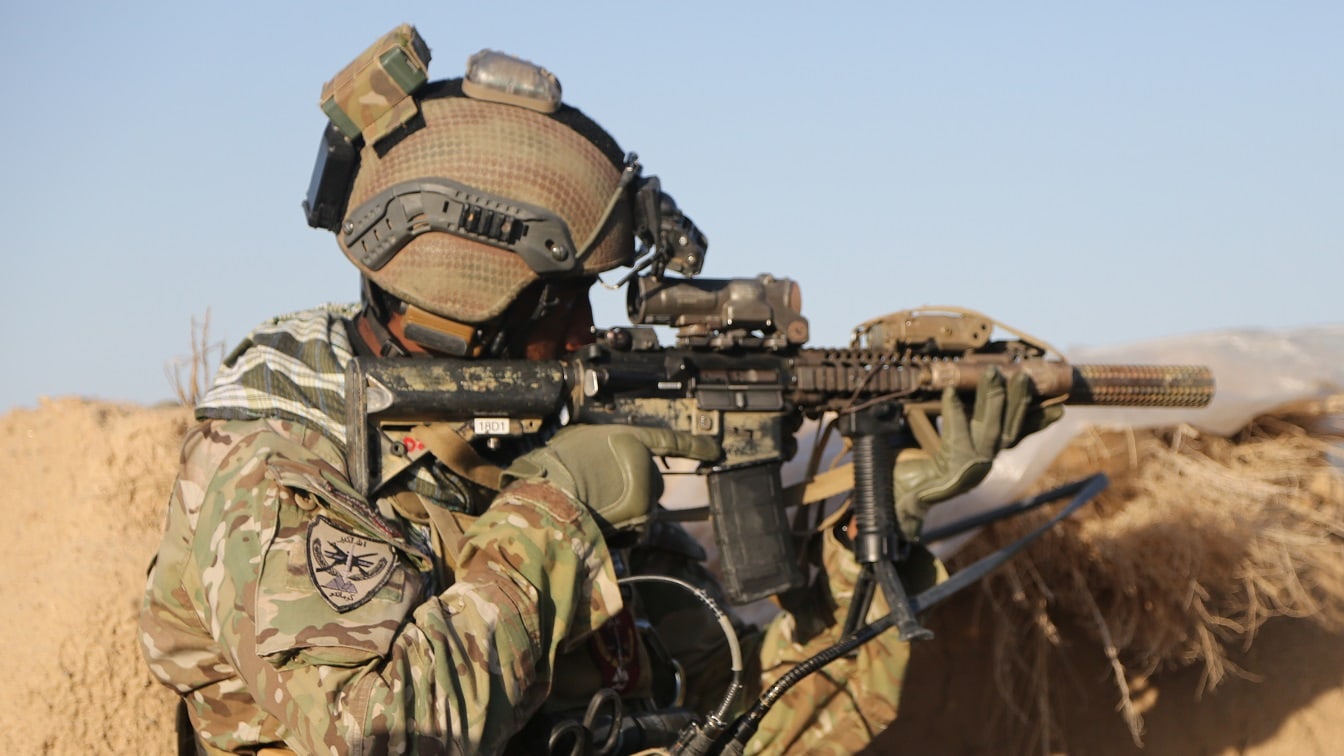 Al-Tanf, a U.S. military outpost in Syria, was attacked by several drones on Monday morning. The drones struck a compound housing American troops and U.S.-backed Syrian opposition fighters. According to the U.S. military, there were no casualties and no damage.

In a statement released by the Pentagon, Maj. Gen. John Brennan, the commander of Combined Joint Task Force-Operation Inherent Resolve, denounced the hostile activity and called for “an end to these harassing attacks.” Brennan added that, “Such attacks put the lives of innocent Syrian civilians at risk and undermine the significant efforts by our Partner Forces to maintain the lasting defeat of ISIS. Coalition personnel retain the right to self-defense, and we will take appropriate measures to protect our forces.”

Although no group has claimed responsibility for the attack, Iran-aligned militias have carried out similar strikes in the past.

Located at the juncture of Syria, Iraq, and Jordan’s borders, the al-Tanf garrison serves as a U.S. military base in Homs Governorate, in Syrian opposition-controlled territory. About 900 American troops remain in Syria today, with nearly half positioned at al-Tanf.

Since 2016, the garrison has functioned as a training outpost for Syrian opposition militias and a launching point for operations against the Islamic State group. As the jihadist group lost control of territory, other entities began to exploit the space. Iran is one of those entities, using the Syrian governorate to project its interests beyond its own borders. As described by Crisis Group, the U.S. believes that Iran’s strategic goal is to establish an east-west land corridor stretching from Iran to Lebanon as a back-up to the existing air corridor Iran uses to supply arms to Hezbollah. Control of al-Tanf would be a step toward this objective.

While Tehran has yet to claim the latest attack targeting U.S. and Syrian opposition fighters, the strike fits their modus operandi. In October 2021, an armed drone struck al-Tanf in a “deliberate and coordinated attack,” according to the U.S. Central Command. Five suicide drones loaded with ball bearings and shrapnel were launched at the approximately 200 American troops positioned at the garrison. The New York Times reported that U.S. and Israeli intelligence officials have evidence linking Tehran to that operation, adding that, “Because three of the drones did not explode, American officials were able to study them and determine that they employed the same technology as drones used by Iran-backed militias in Iraq.”

Iran uses its Islamic Revolutionary Guard Corps to funnel weapons, including unmanned aerial vehicles, to its regional proxies. The regime has prioritized the advancement and expansion of the country’s drone arsenal to carry out attacks targeting adversaries. In May, the U.S. House of Representatives voted to pass the Stop Iranian Drones Act, which instructs the government to prevent Tehran and its militias from possessing UAVs that could be used to target American troops. As detailed in an earlier 1945 piece, “This rhetoric follows nearly two years of Iranian-backed drone attacks targeting U.S. assets in Iraq and Syria. Umbrella members of the PMF, including Kataib Hezbollah, have claimed responsibility for carrying out dozens of drone and rocket attacks launched at Baghdad’s Fortified Green Zone since 2020. Home to the U.S. embassy and other diplomatic assets, the Green Zone has borne the brunt of Iran’s retaliatory strikes.”

The latest attack on American troops based at the al-Tanf garrison comes amid a series of Iran-linked schemes on U.S. soil. Over the last month, two Iranian agents were charged with orchestrating attacks targeting women’s rights activist Masih Alinejad and former National Security Advisor John Bolton. These escalations are occurring while the U.S. tries to salvage the negotiations in Vienna over Iran’s nuclear program. The European Union is set to distribute the final draft of the agreement today in a last-ditch effort to revive a deal. The regime could be using these attacks to gain leverage or test the limits of the Biden administration. If evidence surfaces that links Iran to today’s attack at al-Tanf garrison and the White House decides to respond, the prospects for a revitalized nuclear deal seem weak.