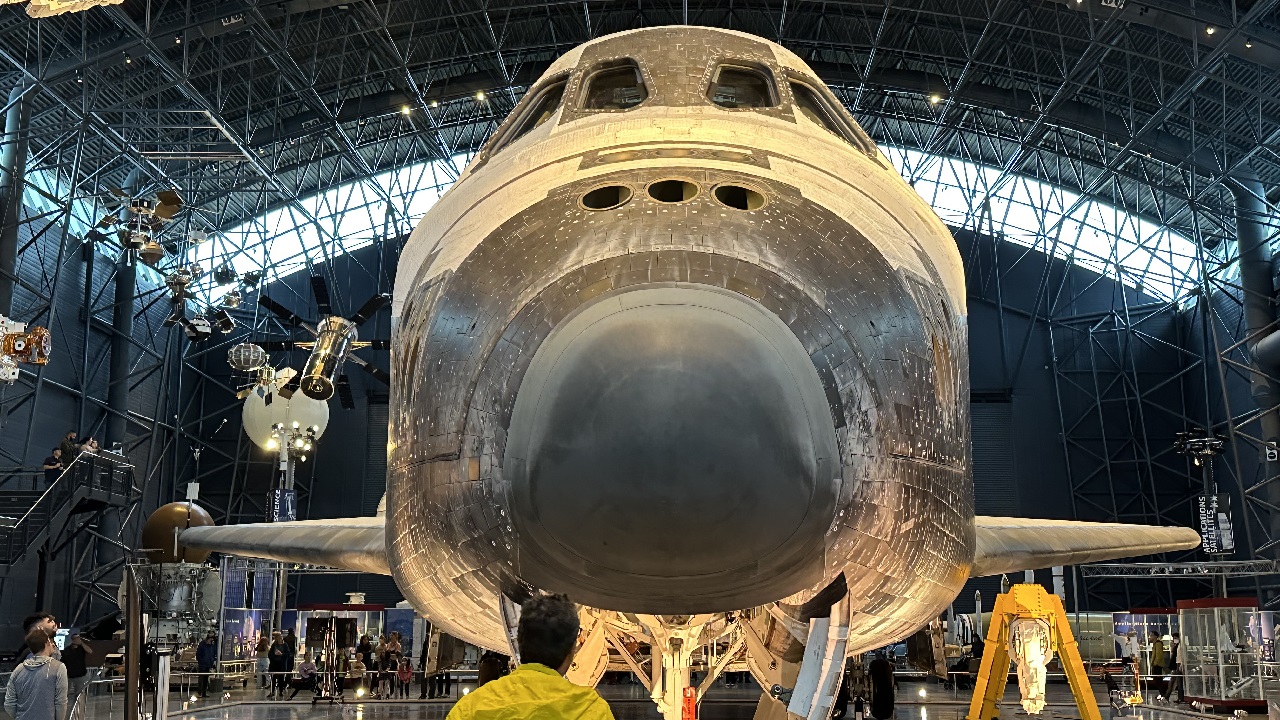 The “Space Race,” which began more than a decade earlier, was “won” when United States astronauts Neil Armstrong and Edwin “Buzz” Aldrin landed on the moon on July 20, 1969. Armstrong proclaimed, “One small step for (a) man, one giant leap for mankind,” and it was truly a leap ahead of the Soviet Union, which had launched an R-7 intercontinental ballistic missile named “Sputnik” (Russian for “traveler”) into orbit on October 4, 1957.

That moment was a wake-up call for the United States, as the Soviets had become the first to launch a man-made object into space. Then in April 1961, Soviet cosmonaut Yuri Gagarin became the first person to orbit Earth, traveling in the capsule-like spacecraft Vostok 1.

It appeared the U.S. was losing the Space Race.

While Alan Shepard became the first American in space less than a month later, President John F. Kennedy then vowed that the U.S. would land a man on the moon before the end of the decade.

The promise was fulfilled, and now more than 50 years later, the U.S. is on track to return back to the lunar surface.

Last month, the U.S. launched the Artemis I, an unmanned spacecraft that will travel to – and around – the moon. It is meant to pave the way for NASA to return astronauts to the lunar surface, while it has been touted as being a critical next step toward sending humans to Mars.

However, the U.S. could once again be in a race – this time with China.

Nina Armagno, director of staff of the U.S. Space Force, warned that Beijing has made significant progress in developing military space technology, including in areas such as satellite communications and re-useable spacecraft, which it coud use to rapidly scale up its space programs.

“I think it’s entirely possible they could catch up and surpass us, absolutely,” Armagno said at an event in Sydney run by the Australian Strategic Policy Institute, a research organization partly funded by the U.S. and Australian governments. “The progress they’ve made has been stunning, stunningly fast.”

Throughout Cold War 1.0, China lagged behind both the U.S. and Soviet efforts. However, it benefited from the cordial Sino-Soviet relations of the 1950s as Moscow had engaged in a cooperative technology transfer program, which essentially kick-started Beijing’s space program. As the relationship turned confrontational due to ideological differences, Soviet assistance to China was abruptly withdrawn.

As a result China’s space efforts were limited until the 1990s – following the dissolution of the Soviet Union – when it once again relied on Russian technology.

Beijing is set to make its great leap forward into space.

On Tuesday, it launched three astronauts to its space station. It has been seen as a major milestone for its emerging space program. And like the United States, China has aimed to put an astronaut on the moon by 2020.

“[China] is the only country with both the intent to reshape the international order and increasingly, the economic, diplomatic, military and technological power to achieve that objective,” Armagno added.

There is a concern that much like the Soviet Union and more recently Russia, China’s approach is somewhat “reckless” as its rocket tests have created dangerous amounts of space debris, which Armagno warned pose a threat to many systems in space – including those vital to all nations’ security, economic and scientific interests.

Some policy experts in Washington have recently stated that the U.S. Space Force, the sixth and newest branch of the U.S. military, is unequipped to take on emerging space threats from China and Russia. A report from the Heritage Foundation – the 2023 Index of U.S. Military Strength – classified the Space Force as “weak.” The service has already called for a $24.5 billion budget increase to address the threat from China. It is unclear if that will actually be enough.

The question is whether that is really enough as Beijing appears set to go all in on outer space.