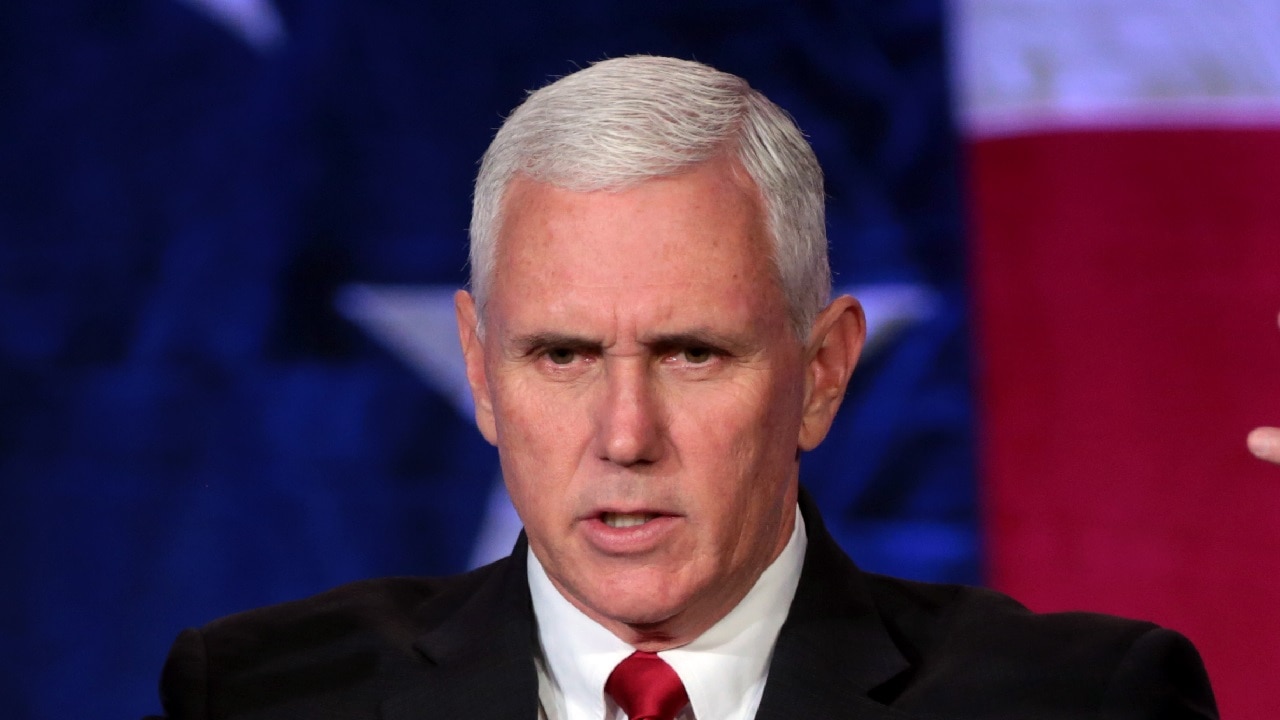 Governor Mike Pence speaking with supporters at a campaign rally at the Mesa Convention Center in Mesa, Arizona.

Now, it turns out that Biden’s successor as vice president is also facing a similar problem.

Mike Pence Has a Problem

According to CNN, an attorney for former Vice President Mike Pence discovered about a dozen documents with classified markings at Pence’s home in Indiana last week.

Those documents have since been turned over to the FBI.

Pence, per CNN, had ordered the search “out of an abundance of caution,” which is something he appears to share with many current and former top government officials who have conducted searches in order to avoid a problem of their own.

A search was also conducted of Pence’s Washington office, where no documents were found with classified markings.

“Vice President Pence was unaware of the existence of sensitive or classified documents at his personal residence,” Greg Jacob, Pence’s representative to the National Archives, wrote in a letter obtained by the network.

“Vice President Pence understands the high importance of protecting sensitive and classified information and stands ready and willing to cooperate fully with the National Archives and any appropriate inquiry.”

A source told the network that the materials had been in boxes that were first located in Pence’s “temporary home” in Virginia before they were moved to his new home in Indiana.

Pence, who in 2017 went directly from the governorship of Indiana to the vice presidency, did not own a house at the time that he left office as vice president, but he reportedly purchased the Indiana home in 2021, for $1.93 million.

Pence Will Have to Explain

Pence had specifically said in an ABC News interview last November that he did not take any classified documents with him on his way out of the White House.

“Well, there’d be no reason to have classified documents, particularly if they were in an unprotected area,” the former vice president said. “But I will tell you that I believe there had to be many better ways to resolve that issue than executing a search warrant at the personal residence of a former president of the United States.”

Fox News reported that the House Oversight Committee, which has been vowing to investigate Biden’s documents issue — but not Trump’s — has been notified of the discovery of the documents at Pence’s residence.

The presence of material in Pence’s house is an indication of something else, per CNN.

“Sources familiar with the process say Pence’s discovery of classified documents after the Trump and Biden controversies would suggest a more systemic problem related to classified material and the Presidential Records Act, which requires official records from the White House to be turned over to the National Archives at the end of an administration,” the piece said.

The story arrives as Pence is said to be considering a run for president himself, which would mark a rare occasion of a former president running in the same primary contest as his own vice president.

The latest tracking poll from the Morning Consult examination of the 2024 race, released Tuesday, Pence is polling in third place, with 7 percent support. This places him behind Trump (with 49 percent) and Florida Gov. Ron DeSantis, with 30 percent. The poll added that Pence is “the second choice of 16% of DeSantis supporters and 19% of Trump backers in a Republican primary. Those who would vote for Pence if the primary were today are roughly splitting their backup plans between Trump and DeSantis.”

“I would have to surmise that what little momentum Mike Pence had for a 2024 run is dead now,” explained a Senior GOP pollster who worked for Mitt Romney’s two failed bids for the White House. “MAGA was never going to vote for him, and now he has to answer for this. I think he can’t do much in 2024 with those two big heads wins hitting him.”