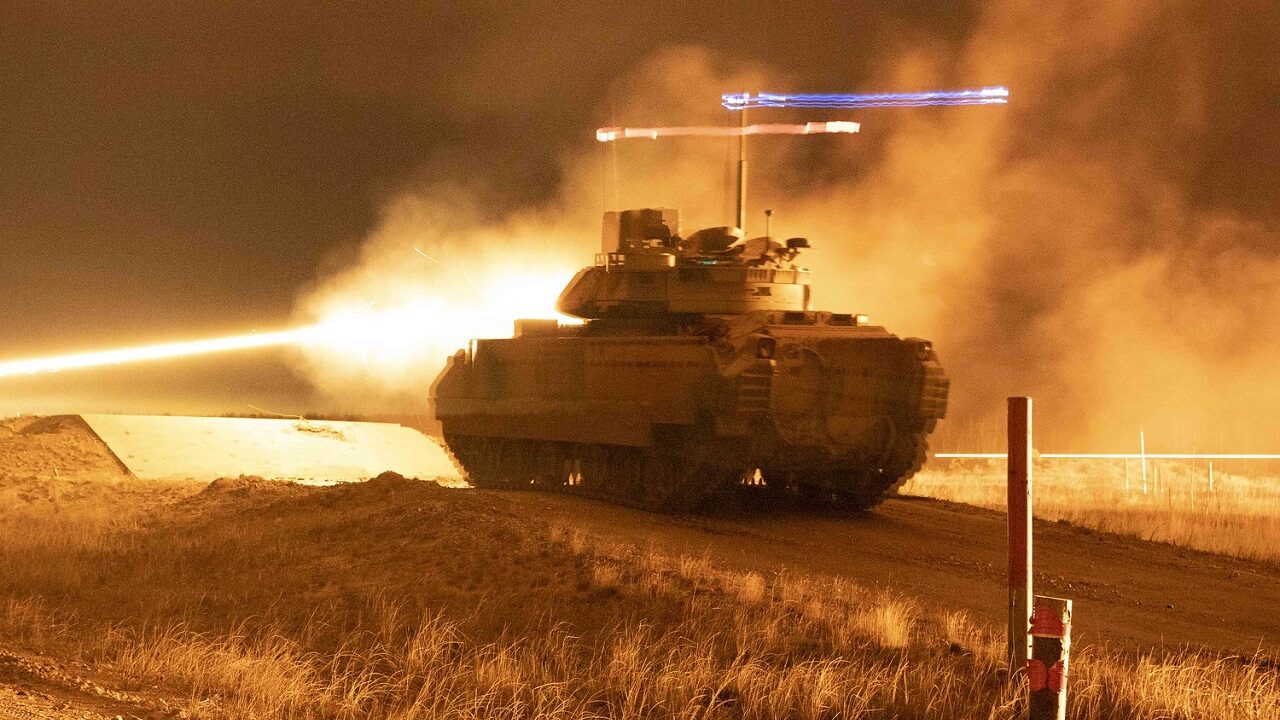 The United States has held back in sending any M1 Abrams main battle tanks (MBTs) to Ukraine, and while other NATO members have sent their respective stockpiles of Soviet-era MBTs – notably the T-72 – it appeared that Western-made armor was off the table. However, this week, Paris and Washington now each seem to be eager to supply other armored vehicles.

France has already provided Kyiv with a number of armored personnel carriers (APCs), anti-aircraft missiles, and air-defense systems to Ukraine, but French President Emmanuel Macron has long been wary of antagonizing Moscow, which could break off diplomatic contact with Vladimir Putin.

It now appears that Paris may be taking a harder line by providing Ukrainians with weapons that could aid its efforts to further drive out the Russian military. The French Defense Ministry announced on Thursday that it will soon hold talks with its counterparts in Kyiv to arrange the delivery of a number of AMX-10 RC armored combat vehicles. It would mark the first time a Western-made wheeled tank destroyer would be supplied to Ukraine.

Designated as “light tanks” by the French military, despite being a wheeled not tracked vehicle, the AMX-10 RC has been employed with French cavalry units since the early 1980s. A total of 457 were produced, and around 240 are reported to be in service with the French Army – while others were sold to Morocco and Qatar.

The vehicles, which are armed with a 105mm F2 BK MECA L/47 main gun, have been deployed in a reconnaissance role in contested environments and for fire support. A crew of four operates the tank destroyer, which first saw service in the 1980s Western Sahara War. It was later employed in the 1991 Gulf War, and the War in Afghanistan, as well as in recent French military operations in Mali.

As David Axe, writing for Forbes.com, suggested, the lightly-armored vehicles are packed with significant firepower and could help Ukrainian forces fight less like Russian armored units and more like NATO ones.

On Wednesday, President Joe Biden was asked if the U.S. would consider sending the Bradley to Ukraine, and responded “yes,” without offering further comment.

The U.S. Army has employed the Bradley to carry troops and engage enemy positions since the mid-1980s. The U.S. Army has struggled in recent years to develop a successor to the M2 Bradley but has thousands in reserve. Much like the French AMX-10 RC, these could allow Ukrainian forces to fight much more like NATO units.

The Bradley was a controversial weapon when it was first adopted, but it proved a highly capable platform in the 1991 Gulf War, where it destroyed more Iraqi tanks than the M1 Abrams.

To date, the Pentagon has provided Ukraine with more than 2,000 combat vehicles, including 477 Mine Resistant Ambush Protected Vehicles and more than 1,200 Humvees.

While Kyiv has requested the M1 Abrams, Washington has thus refused.

However, the Bradley and AMX-10 RC could still be the next best gift for Ukrainian forces, many of whom are likely to be celebrating Orthodox Christmas this weekend.