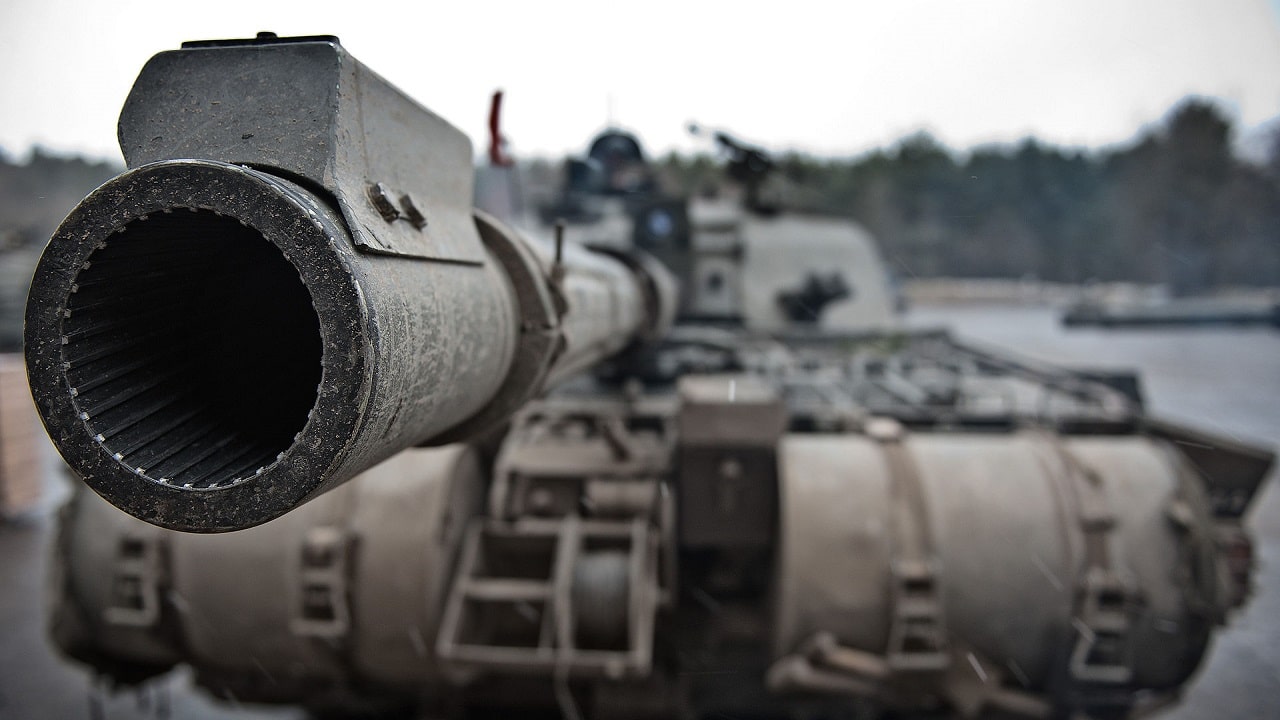 Despite the support from the West, Russian propagandists are still telling the Russian people that NATO believes that Ukraine can't win the war

Clearly, the war in Ukraine has damaged Russia’s armed forces beyond anyone’s wildest dreams. Last fall, the Russian military was losing upwards of 10 main battle tanks (MBTs) a day, and in nearly 11 months of fighting has reportedly seen as many as 3,100 of its tanks destroyed.

One Russian tank battalion has taken so many losses in Ukraine that it is currently able to field just 10 T-80BV MBTs as of last week.

Despite those facts, the Kremlin has said it has little to fear from the UK’s MBTs that will be supplied to Kyiv and suggested on Monday that the vehicles “will burn.”

Moscow has claimed it has a plan to destroy the hundreds of armored vehicles, including 14 Challenger 2 MBTS and dozens of self-propelled howitzers that the British government has pledged to send to aid Ukraine. Though enough equipment for an entire brigade of offensive weaponry, which could be employed by Ukraine in a possible counteroffensive, Russian officials have tried to downplay its significance.

“They are using this country [Ukraine] as a tool to achieve their anti-Russian goals,” Kremlin spokesman Dmitry Peskov said in response to questions about what the vehicles could mean for Ukraine. “These tanks are burning and will burn just like the rest.”

Peskov further maintained that the supplies of Western tanks and other vehicles – coming from the UK, Poland, France the United States – wouldn’t be enough to change the situation, but instead were merely an attempt to draw out the conflict, which would ultimately present “more troubles” for Ukraine.

The comments from Peskov come just days after the Kremlin scored its first success on the battlefield by capturing Soledar, a mining town in the eastern Donbas region of Ukraine.

However, the Russian Army required the support of the Wagner Group – the mercenary force that has been increasingly deployed to the frontlines – to succeed in essentially destroying the town, resulting in a “Pyrrhic victory” at best.

Yet, Russian President Vladimir Putin on Sunday said that the military operation in Ukraine had gained “positive momentum” and said he expected his soldiers would deliver additional victories.

Moscow has largely cast the war in Ukraine as an existential battle with the West and has vowed to use all available means to protect Russia and its people.

The Arsenals of Democracy

In the coming weeks and months, Ukraine can expect a number of Western-made vehicles including British AS90 self-propelled howitzers and the Challenger 2 MBTs, as well as Leopard 2 MBTs from Poland. The latter MBTs are considered to be among the best tanks in service in the world today.

In addition, France has pledged to send a number of AMX-10RC wheeled tank destroyers, while the United States will soon send 20 M2 Bradley Fighting Vehicles. The combination of Western armored vehicles could allow Ukraine’s military to operate more like a NATO fighting force, by providing mobile support to its MBTs.

Ukraine has also continued to employ captured Russian tanks on the battlefield – which suggests its forces will continue to gain strength while Moscow’s will be increasingly diminished.

Despite the support from the West, Russian propagandists are still telling the Russian people that NATO believes that Ukraine can’t win the war – even as the facts suggest otherwise. On Monday, Vladimir Rogov, leader of the We Are Together With Russia movement, told Tass that there are signs that the West now believes hope is lost for Kyiv.

“(NATO Secretary General Jens) Stoltenberg is speaking not for himself but as chief of a military bloc which is aggressive and hostile to Russia. The mere fact that he is speaking about the end of the conflict in Ukraine means that the Western elites have an understanding of what this confrontation will end in. The Zelensky regime’s human resource is not endless,” Rogov explain.

He further said that the West is seeking to simply prolong the conflict.

“The West has an understanding that the Zelensky regime is failing, but their goal is to protract the conflict, to set as many lines of engagement as possible, to stir up resentment and hatred in southern Russian regions to hamper the revival,” Rogov added. “They are trying to attain these goals by means of weapons supplies, political support and encouraging the Ukrainian army’s war crimes in all their forms, either torture of prisoners, extrajudicial executions or shelling attacks on peaceful cities.”

That would seem to be misreading what Stoltenberg actually said in a January 15 interview with Germany’s Handelsblatt. The NATO chief stated that Ukraine can expect more heavy weapons “in the near future,” and said that NATO would rule out any normalization of relations with Russia until the war is ended.

“Even if the guns fall silent in Ukraine, we should not expect our relations with Russia to normalize,” Stoltenberg said and later added, “(Vladimir Putin) overestimated the strength of his own armed forces. We see their mistakes, lack of morale, leadership problems, poor equipment.”

That doesn’t sound like words from a man who believes Russia will be the winner in the conflict.