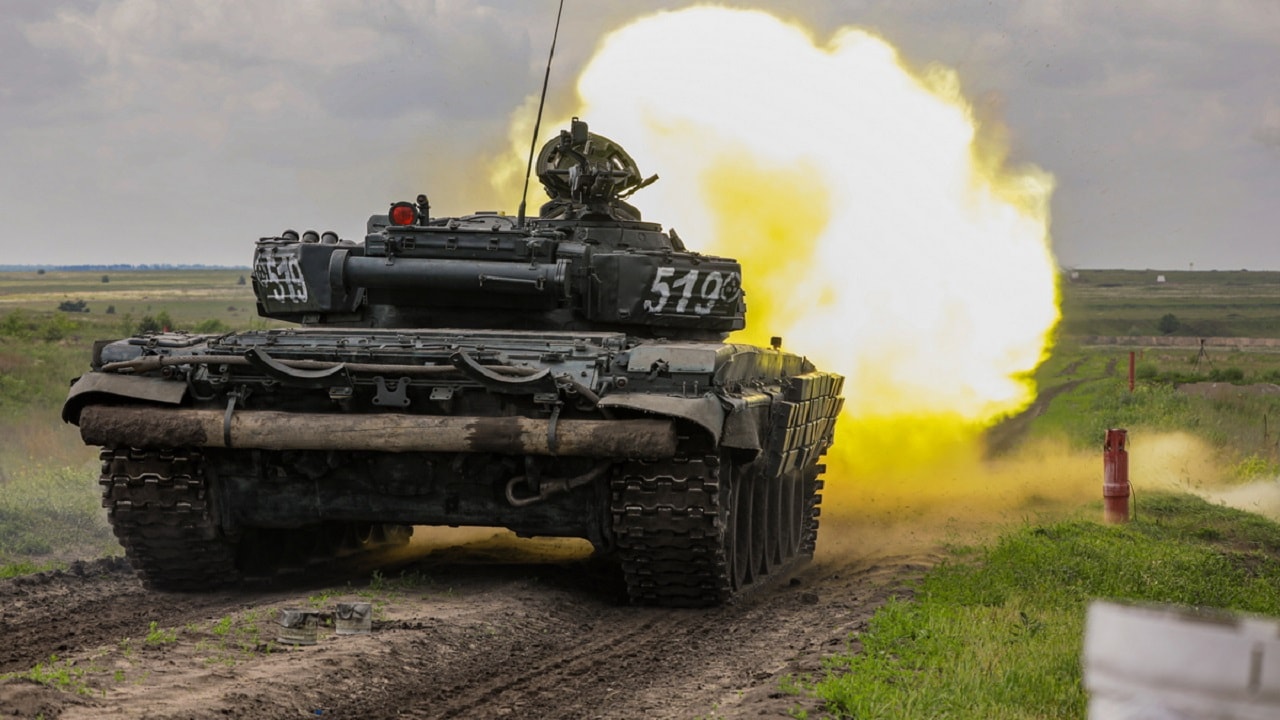 Could Ukraine Attack Moscow? It would be an attack that would surely make a psychological and morale-sapping impact on Russian civilians.

What if Ukraine used long-range drones to hit Moscow?

This would likely be only a symbolic strike that probably wouldn’t cause that much damage, but it would be terrifying to some Muscovites, who often see the war as a far-off abstraction that has not touched them directly.

Putin Readies to Defend the Capital Against Ukraine

One of the batteries will protect the Russian military headquarters building. This shows that Putin is concerned about Ukraine’s ability to strike deep into the country with the capacity to hit the capital.

Ukraine has the weapon to do so. The Ukrainians have a long-range low-altitude drone called the Tu-141 Strizh that comes from the Soviet-era.

These reconnaissance drones were re-purposed for offensive strikes.

They were used to hit deep into Russia to land on two air bases on December 5. One of these targeted installations is just 150 miles outside Moscow at Dyagilevo military airbase in Ryazan that has Tu-95 bombers.

The other attack on Engels-2 air base happened 450 miles east of the Ukrainian border.

The base is one of the country’s largest. It has been instrumental in attacking Ukraine with its own bombers and missiles that it fires toward Ukraine’s critical infrastructure used for powering the electric grid and water processing.

The news of this attack likely sent a shock wave toward Russian civilians who are used to minding their business without having to worry about being attacked.

Vladimir Putin tried to reassure the public by saying his defense forces would employ “all means necessary” to protect the homeland.

Ukraine has also used long-range artillery and rockets at targets across the border into Russia, but the Kremlin knows that the attack on air bases is much more serious.

Ukraine realizes the drones are cheap and have a psychological effect on Moscow. Even if they don’t attack the capital, some damage has been done to the Russian psyche.

The December drone attack was also notable because the United States and its allies had previously kept Ukraine from launching strikes into Russia for concern that this practice would lead to the war’s escalation. The policy allowed Putin to launch his own missiles without fear of Ukraine striking proportionately – something that Moscow did not have to deal with before – its own civilians worrying about casualties.

Russia defense expert Rebekah Koffler told Fox News on January 23 that there are “gaps” in the air defense layer over Moscow and the Russians are working to remedy these shortcomings. Koffler said the defense systems are to protect where Russian political elites live, especially Putin’s residence.

Time to Train for Ukrainian Threat to Capital

Russia Is All In It Together

The Institute for the Study of War think tank believes that Russian military leadership is doing the training activities to show the country that the war will be a long one and that civilians must prepare to sacrifice for the greater good.

That means training for the contingency of a Ukrainian attack against Moscow.

Thus, Russia believes the threat on its capital is plausible, and they are preparing to defend it. An attack on Moscow may be a low-probability event. Still, the Russian public is beginning to see that the war has expanded to stoke the belief that Ukraine is willing to venture beyond its borders to conduct a strike against civilians.

This serves as a wake-up call to Muscovites, who now know that it is time for society to enter into a level of war footing that hasn’t been seen since World War Two.

In this article:Drones, Moscow, Putin, Russia, Ukraine, War in Ukraine