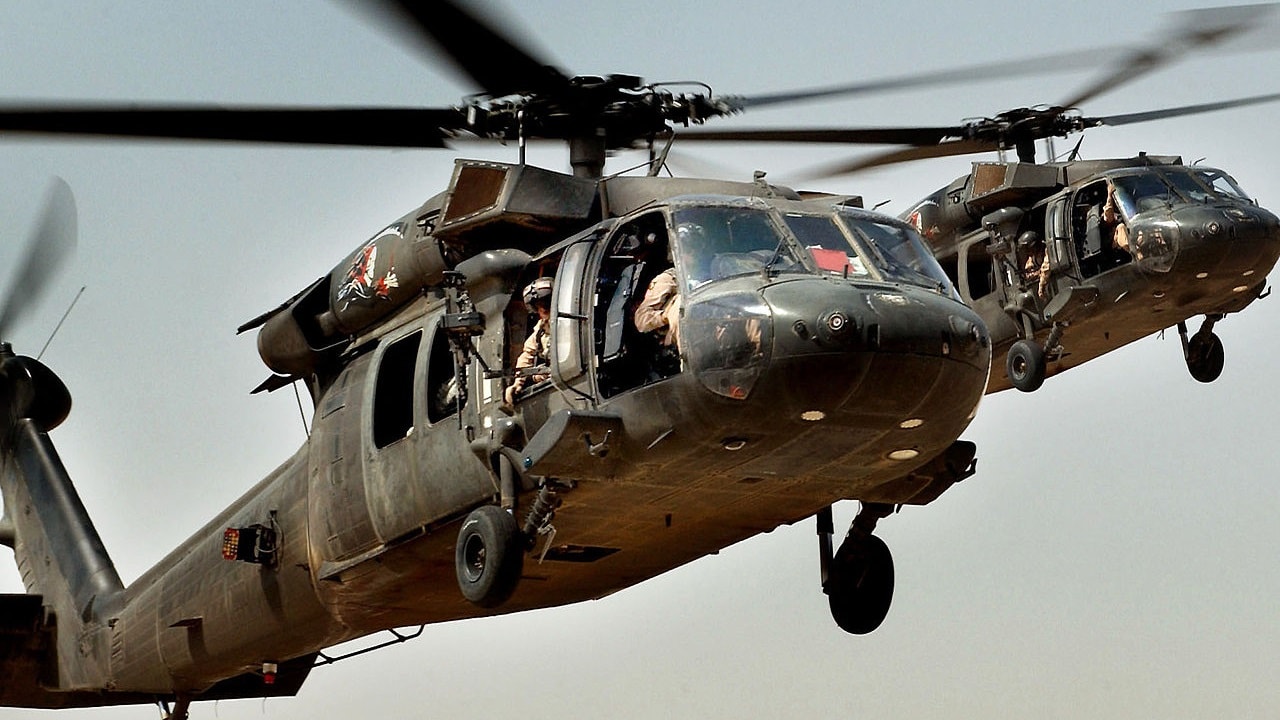 Soldiers from the 101st Airborne Division fly to Forward Operating Base Dagger near Tikrit, Iraq, aboard UH-60 Black Hawk helicopters. This photo appeared on www.army.mil.

It was 100 years ago this coming March that Sikorsky Aero Engineering Corporation was founded near Roosevelt Field, New York, by Russian-born immigrant Igor Sikorsky. For the past century, it has been a pioneer of flight solutions for the civilian and military sectors.

Last Friday, it also reached a new milestone as the company – now a division of aerospace giant Lockheed Martin – delivered its 5,000th “Hawk” variant of the U.S. Army’s UH-60M Black Hawk. The iconic aircraft will continue to support medium-lift requirements for the U.S. military and international operators for decades to come, the company announced.

“Sikorsky, as a company, has been forged by the Black Hawk,” said Sikorsky President Paul Lemmo. “The Black Hawk and its variants deliver when reliability and performance are nonnegotiable. Hawk aircraft continue to demonstrate their versatility and readiness with the latest technological advancements and ongoing U.S. and global investment in the aircraft.”

The Black Hawk platform is produced in several variations, including MH-60R/S maritime operations helicopters, MH-60T multi-mission helicopters, HH-60W rescue helicopters, and internationally built S-70 Black Hawks. Each of these has proven its versatility and capability across a spectrum of challenging mission sets.

With the U.S. Army, these include air assault, general support, aeromedical evacuation, command and control, and special operations support to combat, stability, and support operations.

The Workhorse of the U.S. Army

The aircraft continues to fulfill military and civil operations around the world, while the United States Army remains the largest Black Hawk operator with 2,135 in its fleet. It continues to make a significant contribution towards Joint All Domain Operations.

“For more than 40 years the Black Hawk has remarkably supported Soldiers in every major contingency operation the Army has executed,” said Col. Calvin Lane, the utility helicopter project manager for the Program Executive Office Aviation.

“Even though the helicopter has been around longer than most of the Soldiers it now supports, the Army plans for it to be in front line service another 40 years and beyond,” Lane added. “And everyone who contributes to the delivery of this aircraft in any way, contributes directly to providing combat capability that protects Soldiers and helps the Army accomplish its mission.”

Even as U.S. Army Future Vertical Lift aircraft enter service, the Black Hawk will remain the foundational tactical air assault and utility aircraft for the U.S. Army well into the 2030s. Sikorsky has continued with modernization efforts that will improve the Black Hawk’s availability and reliability by lowering direct operating costs.

Subsequent flights at U.S. Army’s Project Convergence 2022 further demonstrated future utility missions for the platform, which shows no signs of relinquishing its preeminent medium-lift capability through continuous innovation and investment.

During the initial demonstration, the Black Hawk aircraft successfully flew 83 miles while loaded with 400 units of real and simulated blood – totaling 500 pounds. On reaching a destination 40 miles from its initial take-off point, the helicopter descended into a valley as low as 200 feet above ground level at 100 knots. In its follow-up combined mission demonstration, the helicopter lifted off with a 2,600-pound external load attached to a 40-foot sling and flew at 100 knots for 30 minutes toward a designated landing zone.

“We are committed to all H-60 and S-70 operators and look forward to enduring partnerships on the Hawk program in the years to come,” explained Nathalie Previte, vice president of Army and Air Force Systems at Sikorsky. “It remains our priority to fulfill our customers’ requirements and meet the needs of current and future operational units. With unmatched versatility and global interoperability, Hawk aircraft continue to advance 21st century security.”