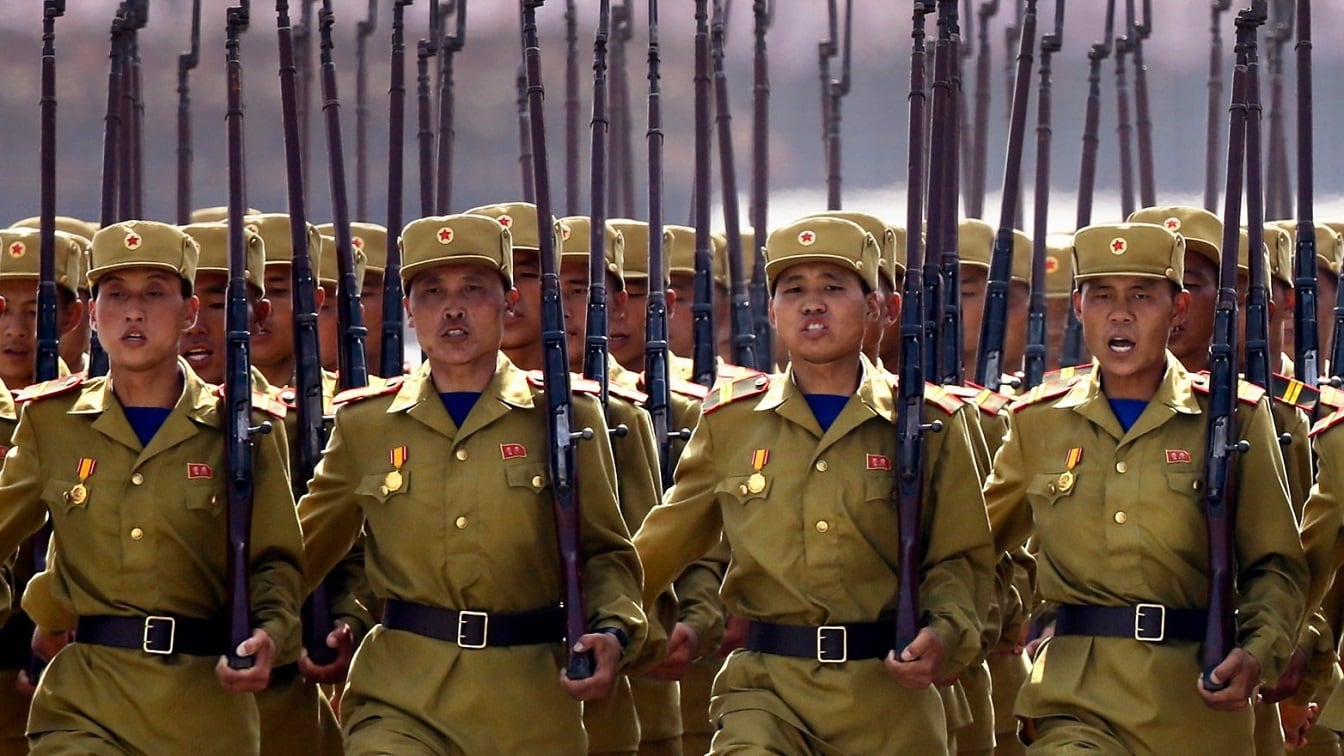 The map has become symbolic of the differences between the two Koreas: One is open, dynamic, and energetic, while the other is closed, dark, and hostile. These differences are one result of a war that the international community helped wage 70 years ago.

While the analogy is imperfect, its implications for the survival of Ukraine are clear.

The story of North Korea is as well known as that map. The so-called hermit kingdom has isolated itself from the international community. In its self-imposed isolation, it has developed impressive ballistic missile and nuclear weapons programs.

By contrast, in recent years, South Korea has become an artistic and cultural juggernaut, exporting film and music around the world and setting the terms for youth culture. South Korea has long been a critical cog in the global economy, displaying industrial and technological prowess competitive with the world’s most advanced countries.

Having started in relatively similar post-war economic circumstances, the contrast in the countries’ development could not be clearer.

The other difference between North Korea and South Korea is that the latter is democratic, with a robust protest culture, and the former is run by a collection of gangsters determined to redirect the country’s wealth to serve the purpose of their own domination. North Korea should be a wealthy country. It is heavily industrialized and technologically advanced in certain areas, and it has a well-educated workforce. It is not wealthy only because that band of gangsters, having wrapped themselves in nationalism and communism, have invested the greater part of the nation’s treasure in weapons of war, and have insisted on torturing its populace into uneasy submission.

When thinking about the differences between the two Koreas, it is difficult not to let one’s thoughts drift to the war between Russia and Ukraine.

One of the primary justifications for Russia’s invasion of Ukraine was the idea that Russians and Ukrainians are fundamentally the same people, sharing the same culture if not necessarily the same language. Of course, the cultural and linguistic differences that distinguish Russia and Ukraine are unquestionably greater than those that separate the Koreas. But Russian President Vladimir Putin was not wrong to argue that Ukraine and Russia have a deep historical connection. And there can be no question that Russia’s core war aim is to prevent Ukrainian democracy from succeeding because that would demonstrate that Russia itself could prosper with democratic institutions. This is the last thing that the band of thugs inhabiting the Kremlin wants people to believe.

Like the Republic of Korea, Ukraine faces enormous challenges. On the upside, it is already (mostly) democratic, a status that the ROK did not achieve until the 1980s. On the downside, its economy has been devastated by the war, and it will struggle to recover in the absence of a strong trade relationship with Russia. But the Kyiv government has most certainly chosen to culturally and economically align itself with the West, and Ukrainians are conscious that the stakes in the war are greater even than the territories Russia has claimed in Ukraine’s south and the east.

The metaphor will never be exact. Russia will never quite go dark, if only because it sits on vast reserves of energy. But like North Korea, Russia has chosen a path of isolation, committing its national wealth to the preservation of a murderous, warlike clique. Unlike North Korea, Russia has the opportunity and wherewithal to launch devastating wars of conquest against its neighbors. There is every reason to believe that, in fifty years, the difference between a free Ukraine and an autocratic Russia will be as great as the differences between North and South Korea. Moreover, it is impossible to argue that the world as a whole isn’t a better place because of South Korea’s prominent position in global culture and the global economy.

And so, once again, the international community faces a choice. It cannot contribute to this war in the way that it contributed in Korea. The breezeway leading to the War Museum of the Republic of Korea is guarded by the flags of the countries that sent support to South Korea in the 1950s. Some of these (the United States, the United Kingdom, Turkey) are well known, while others (Colombia, Ethiopia) are somewhat less so. These nations did not support Korea out of altruism, and of course there is no need to wash away the worst excesses of that war, or of the Cold War in general. But in an important way, South Korea comes alive at night in the 2020s because of the sacrifices that Koreans and their allies made in the 1950s. It would serve the nations of Europe and the rest of the world to contemplate what kind of Ukraine they want to engage with in the future.

Expertise and Experience: A 19FortyFive Contributing Editor, Dr. Robert Farley has taught security and diplomacy courses at the Patterson School since 2005. He received his BS from the University of Oregon in 1997, and his Ph. D. from the University of Washington in 2004. Dr. Farley is the author of Grounded: The Case for Abolishing the United States Air Force (University Press of Kentucky, 2014), the Battleship Book (Wildside, 2016), Patents for Power: Intellectual Property Law and the Diffusion of Military Technology (University of Chicago, 2020), and most recently Waging War with Gold: National Security and the Finance Domain Across the Ages (Lynne Rienner, 2023). He has contributed extensively to a number of journals and magazines, including the National Interest, the Diplomat: APAC, World Politics Review, and the American Prospect. Dr. Farley is also a founder and senior editor of Lawyers, Guns and Money.