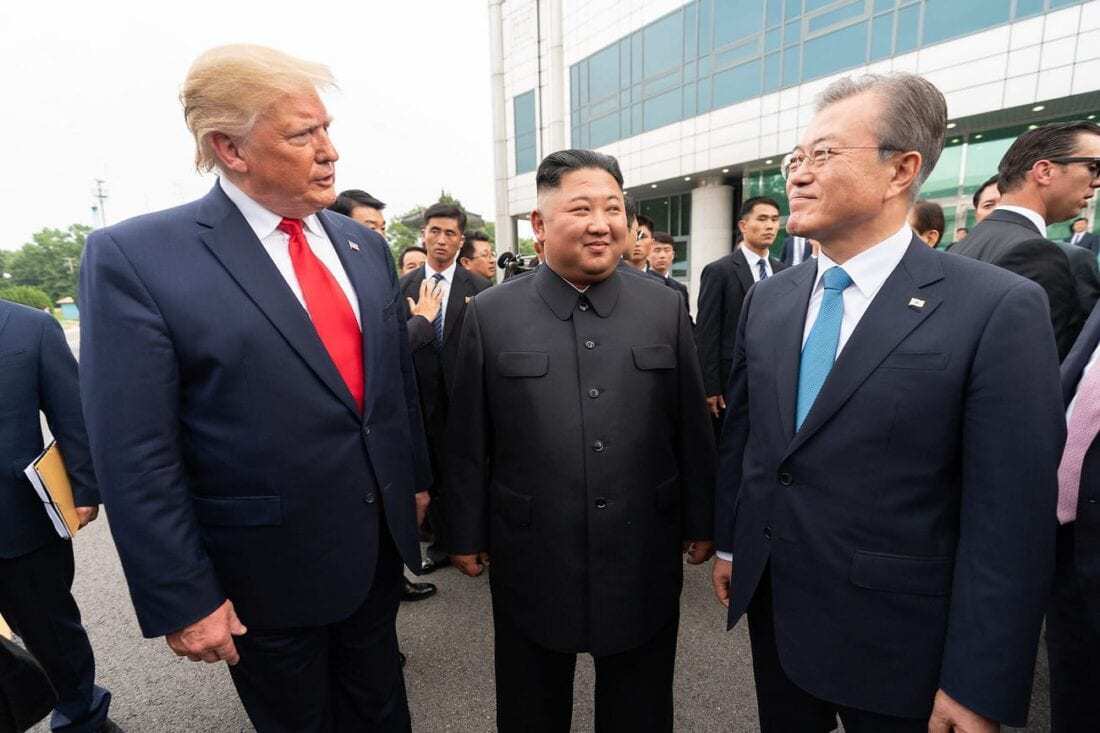 As I noted a few days ago, North Korea is not exactly happy with South Korea these days. And, it would seem, they continue to want to make their opinion know.

In a recent commentary in Pyongyang Times (Thanks to KCNA Watch for the find), North Korea declared:

It is still vivid in my memory.

As they visited Pyongyang in September 2018, the south Korean authorities expressed their gratitude before the Pyongyang citizens who welcomed them with fraternal affections, and pledged to bring earlier the peaceful future by developing the inter-Korean relations in an all-round way.

However, they are now patronizing and inciting the “defectors from the north” to degrade the supreme dignity which is upheld as the sun of destiny by the Korean people. I cannot really repress my disgust at them.

We already know that the south Korean authorities are double-faced rogues who immerse themselves in confrontation with the fellow countrymen while making an affected smile on their face.

It has been even more clear through the recent incident.

Settlement of accounts is the only thing that is left for us to do with the south Korean authorities who are no different from the human scum of “defectors from the north”.

But should we be shocked? Nope, not in the slightest.

As I have stated in several media commentaries over the last few months, North Korea is likely to make comments such as the above as well as test short and medium range missiles–essentially copying the 2019 playbook in its actions–accept it won’t talk to Seoul or Washington until they know who they are dealing with in Washington, D.C. after the November presidental elections.

As I explained to multiple media outlets who were trying to convince the world for third or fourth-time North Korean leader Kim Jong-un was dead (shocker, he is alive):

“I would argue Kim will continue on to test artillery, rockets and short-range missiles all summer and into the fall. He will, however, not violate the promise he made to President Trump and he will hold on testing any long-range missiles or nuclear weapons. He knows that would likely spawn a crisis — even bring Trump back to the days of 2017 with threats of fire and fury. However, that also means Kim will not negotiate until he knows if Trump is going to be reelected. We should expect a relatively quiet North Korea — at least until after the November elections,” predicts Mr. Kazianis.

Until then, we will see a lot more of these articles coming out of Pyongyang.