Why You Should Watch Statecraft: The Bush 41 Team

Is America Ready For An Asian NATO?

Will Biden Learn from Barack Obama's Mistakes on China?

What Will Joe Biden's Middle East Strategy Look Like?

Why Joe Biden and Nancy Pelosi Attack the 'Special Relationship'

To Add Japan to "Five Eyes," Kick New Zealand Out 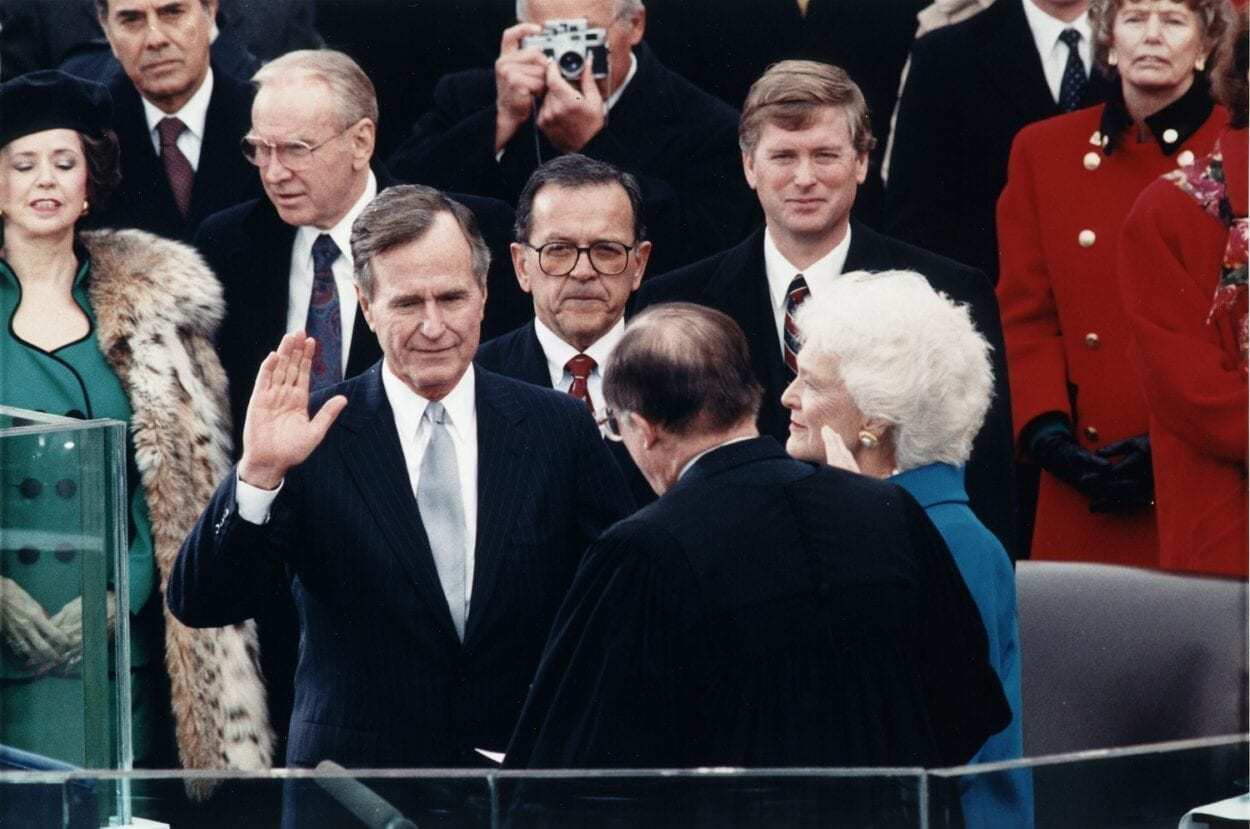 Ok, I will admit it, for the longest time, I was no fan of the Bush 41 foreign policy team nor their policies. History, I always believed, would look down on their supposed achievements as mostly lost opportunities. My main critique was that enough was not done to try and bring Russia into the West. In hindsight, that might have been a pipedream, considering how fast Russian oligarchs swooped in to take control of the economy and critical industries.

However, I have to be honest, the older I get, the more I appreciate the scope of the challenges they were presented with–a collapsing eastern bloc, a collapsing USSR, a German reunification challenge, the first Gulf War–and what they were able to achieve.

In partnership with the University of Virginia’s Miller Center, PBS has released a fascinating new documentary, Statecraft: The Bush 41 Team, that is well worth your time. As described by the producers:

Statecraft examines the Cold War struggle between the Soviet Union and the United States and how the foreign policy team of President George H. W. Bush guided the country. The film explores the challenges of a series of major upheavals through the recollections of the individuals who faced them. Finally, it considers the legacy—both positive and negative—of this consequential American presidency.

Highly recommended. More from the producers of the film:

George H.W. Bush’s presidency occurred at a crucial turning point in modern history — the transition from the Cold War to the post-Cold War world, when heightened US-Soviet tensions gave way to delicate negotiations between the former adversaries. While the Cold War ended without a shot being fired, this peaceful outcome was far from certain at the time.

President Bush’s personal relationships with foreign leaders, his diplomatic skills, and his years of experience in national security affairs made him well suited to lead the nation through those uneasy and challenging times. He also assembled a team of experienced colleagues who had worked together in prior administrations. Together, they constituted a national security dream team, or — as General Colin Powell (USA, Ret.) called it — “a gang of professional killer angels.” His foreign policy team is known as the “gold standard” of national security apparatus.

Well worth your time. Watch it above.
Update: You can see the video a little better here, as for some reason a coding issue won’t allow it to show in the best manner possible.
In this article:George H.W. Bush, Gulf War, History, Russia, Soviet Union, USSR