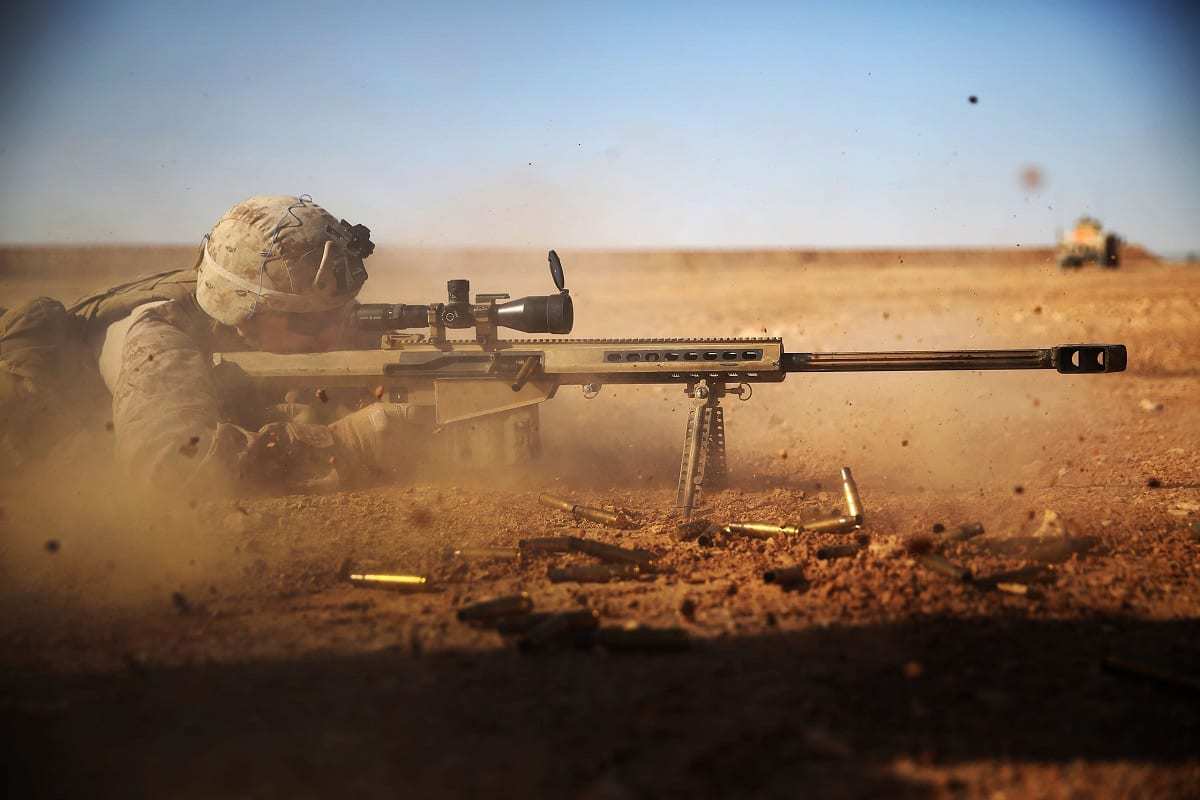 Fact: The most powerful sniper rifle in the U.S. Military was designed in a garage — and handmade.

The story of the M82 begins with Ronnie Barrett. Barrett, a photographer with no formal gunsmith training or experience, is said to have been inspired to design and build the M82 .50 caliber rifle while photographing a river patrol boat similar to the type used by American forces during the Vietnam war. In one of the resulting photographs, a .50 caliber machine gun is prominently silhouetted.

Realizing that there was not a rifle chambered in the .50 caliber cartridge, Ronnie got started. The original design was drawn up on Barrett’s dining room table, and from the resulting blueprints, the original Barrett .50 rifle was built in a gravel floor garage from hand-machined parts. But despite the humble beginnings, the rifle was an immediate success.

The large rifle was completed just in time for the Gulf War, where it made its combat debut with the United States Marine Corps. Since then, The M82 and other similar variants have been put into service by a number of NATO and non-NATO countries. 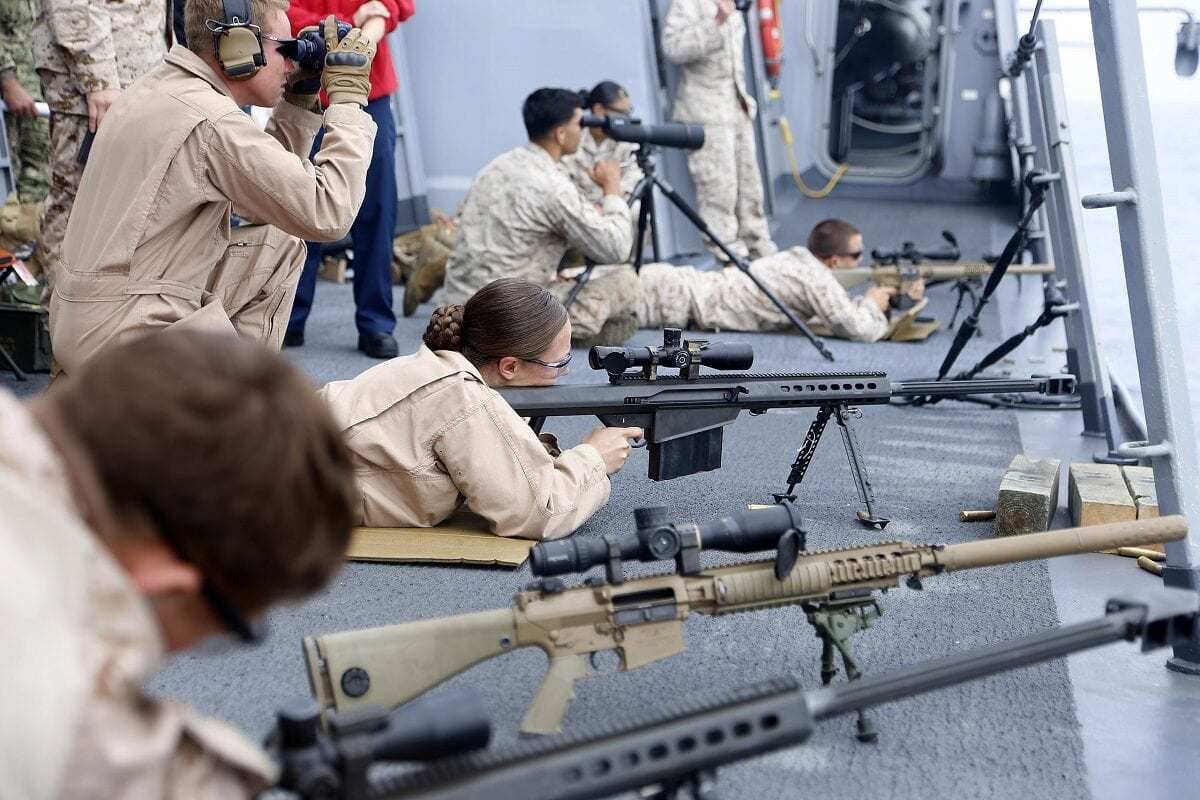 A Marine with Explosive Ordnance Disposal (EOD), 11th Marine Expeditionary Unit, fires the M107 special application scope rifle (SASR) on the USS San Diego as part of live-fire sustainment training conducted during Composite Training Unit Exercise (COMPTUEX) off the coast of southern California, May 18, 2014. COMPTUEX is the second at-sea period during the 11th MEU’s predeployment cycle, in which the MEU will conduct concurrent mission planning and execution integrated across all element of the Marine Air Ground Task Force while supporting Amphibious Squadron 5 in their evaluated training. (U.S. Marine Corps photo by Gunnery Sgt. Rome M. Lazarus/Released).

Chambered in the enormous .50 BMG (alternatively the 12.7×99mm NATO cartridge), the M82 benefits from very long accuracy, and is able to accurately hit targets 1,800 meters away, or over 1 mile. The rifle itself is very large, and tips the scales at around 30 pounds, making it not a particularly mobile rifle platform. It feeds from 10- or 20-round box magazines, and produces quite a bit of recoil.

In order to somewhat mitigate the rifle’s recoil and reduce shooter fatigue, the rifle is fitted with a large rectangular muzzle brake that directs propellant gasses out and to the sides. The rifle’s barrel is fluted, which shaves a bit of weight off the platform, as well as aids in heat dissipation.

The Barretts accepted into service with the United States military are designated M107, and are slightly different from the original. Changes include a longer accessory rail, as well as a rear grip.

Though the M82 is often called a sniper rifle, it should more accurately be called an accurate anti-materiel rifle. Unlike highly accurate, bolt-action precision sniper rifles, the M82 is a semi-automatic design that uses a recoil action operation, degrading accuracy.

In an anti-materiel role however, the rifle excels. When used against unexploded ordnance, or targets such as soft or lightly-armored vehicles or large static targets, the M82’s lack of accuracy is less problematic.

Though the original M82 Barrett is no longer in production, the M82A1, an improved variant still is. A variety of other rifles, including bolt-action, semi-automatic, as well as bullpup-style configurations are also offered by the company. The M82A1 is also the official Tennessee state rifle.