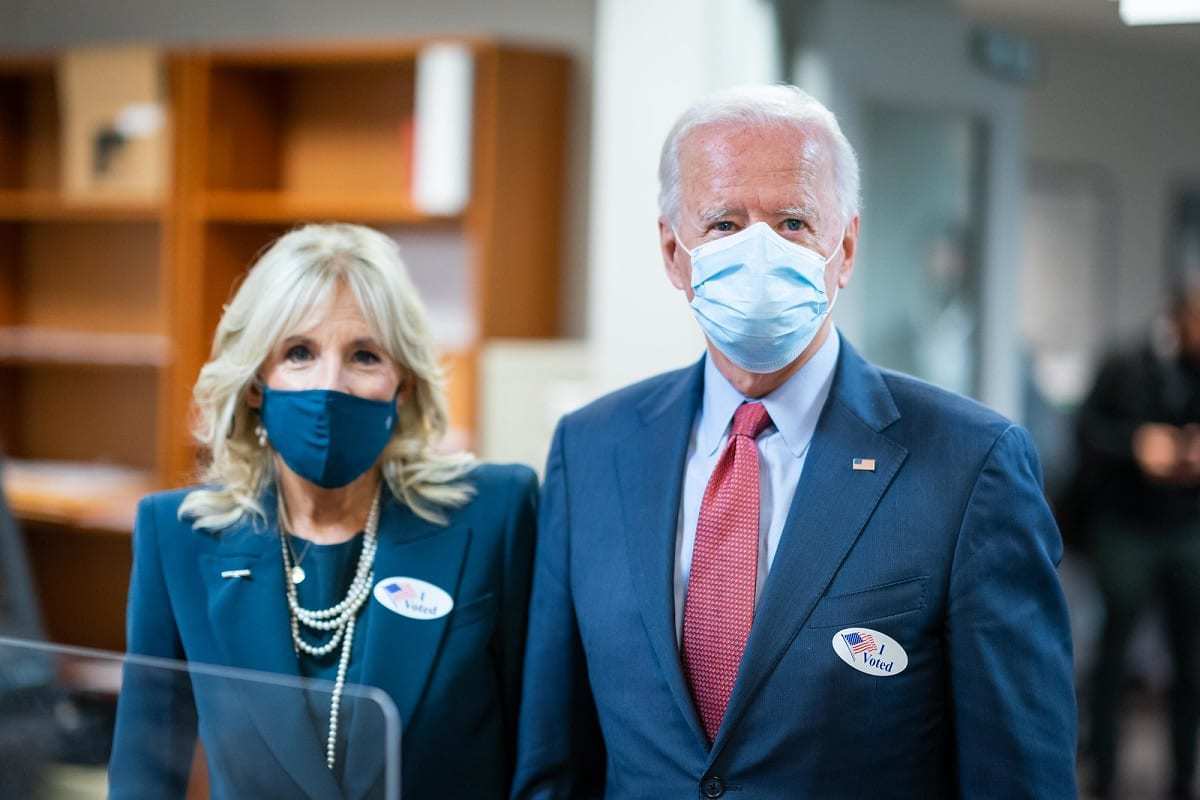 Joe Biden Voting with His WIfe. Photo by Adam Schultz / Biden for President

One constant fear I have is that we are about to replay March to roughly May of this year when the U.S. economy was shut down in an effort to “slow the spread” of COVID-19. While I do think it was effective and saved countless lives, I do worry about the lasting economic damage such a decision created. With Coronavirus cases now over 142,000 per day, it seems very possible we could be headed towards a repeat of the same measures, especially when Joe Biden takes control of the U.S. government.

As I like to do, I asked my colleague Desmond Lachman, a senior economist at AEI, to get his take on what could happen next if Biden decides to move towards a nationwide lockdown early next year, the state of the economy and where U.S. debt levels could be headed–especially if a new stimulus bill gets passed.

There seem to be some signs that the incoming Biden Administration wants to move in the direction of a four to six-week national lockdown upon taking office. What would be the impact on the U.S. economy?

There be can be little doubt that the incoming Biden Administration will be forced to introduce some form of lockdown to bring the pandemic under better control as we wait for an effective vaccine to become widely available by the Spring of 2021. It is not simply that the U.S. rate of infection has now risen to more than 130,000 cases a day. It is also that these cases are now increasing by more than 50 percent every two weeks. Health experts believe that this could be putting us on track to have more than 300,000 cases a day by the time Mr. Biden assumes office in January.

The degree of economic damage that any rolling back of the previous lockdown’s easing would have depends on how sweeping the renewed restrictions would be. If we had the same sort of draconian lockdown as we had in March and April this year, the impact on the economy could be as devastating as it was in March and April 2020.

However, even were to have a lesser rollback, we could see the U.S. economic recovery stalling. This seems to be the current situation in Europe, where they are now officially expecting that the European economy will experience a double-dip recession in the fourth quarter of this year as a result of the imposition of new lockdown restrictions in response to Covid’s European resurgence.

Team Biden also suggested that if they were to impose such a lockdown they would want a stimulus package to cushion the blow. Could such a package be custom-tailored and provide enough money to really bridge the gap easily? What should be included in this package? Can it even pass Congress?

Even before Covid’s recent resurgence, Fed Chairman Jerome Powell was warning that the U.S. economic recovery was running out of steam, while the White House and Congress appeared to share the view that a stimulus package of around U.S. $2 trillion was needed to support the economy. With the economy now receiving another Covid supply-side shock, one would think that the Biden Camp will want an even larger stimulus package to support the economy than the US$2.2 trillion package proposed by House Speaker Nancy Pelosi.

Without control of the Senate, there is very little chance that the Biden Administration would be able to garner the support for a budget support package of the size that it would like. While acknowledging that the economy does need support, Senate Majority Leader Mitch McDonnell seems to have in mind a package with a price tag of no more than US$1 trillion.

What would be the impact on U.S. national debt if we do such a stimulus? At what point do we reach levels of debt that are unsustainable?

Even without a new stimulus package, the U.S. public debt outlook was very troubling. Before the pandemic, the U.S. already had a large budget deficit and a high public debt. As a result of the pandemic, the Congressional Budget Office estimates that the budget deficit has ballooned to around 16 percent of GDP while the public debt to GDP ratio now already exceeds that which prevailed immediately after the second world war and will keep on increasing over the next few years.

All of this makes it essential that any new budget stimulus package must be carefully tailored to get the most bang for the buck and to avoid any unnecessary build-up in the national debt. Disregard for the pace at which we are building up the national debt could pose real problems for future generations in terms of a very much weaker U.S. dollar, a renewed bout of inflation, and slower economic growth.