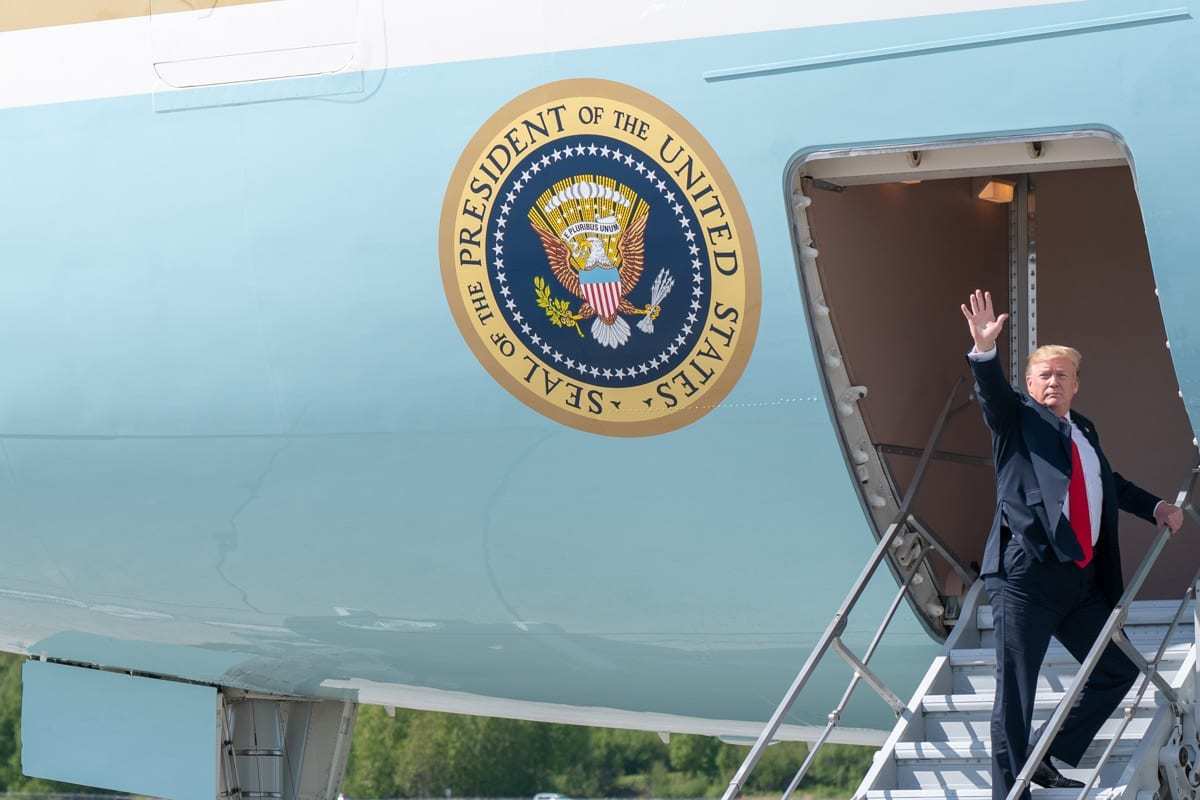 President Donald J. Trump bids farewell to the troops at Joint Base Elmendorf-Richardson, Friday, May 24, 2019, as he boards Air Force One in Anchorage, Alaska, following a refueling stop en route to Tokyo, Japan.

Scott B. MacDonald, Chief Economist at Smith’s Research & Gradings, is always someone I look to when I want to get a better understanding of where the U.S. economy  is headed in the age of the Coronavirus. Here is a quick conversation we had featuring jobs, stimulus and U.S. debt. Enjoy:

First, last week’s jobs report showed we are back over one million unemployment claims per week again. Are you worried that the overall economic recovery is starting to stall?

The economic recovery was always going to be a challenge because of the medical nature of the problem: it is difficult to achieve economic growth when people are told to stay home and curb their interaction.

I have been consistent in believing in a U-shaped recovery and that is what we are still likely to get. That said, there is a risk that the economic trajectory could run into a W, that is we have enjoyed a V-like formation over the past three months (the result of a huge stimulus package), but the risk a slide backward due to the persistence of the virus, with recovery on the other side of that slippage which may have to wait for a vaccine.

Speaking of stalling, it seems talks of a new round of stimulus have all but failed. If they can be started, what kind of economic stimulus would be the most helpful to get America back on track?

The current talk is a new package of $1 trillion, but it continues to be questionable that Congress and the White House can agree on a deal.  The best approach is to send checks directly to people, but that may have only a short-term impact.  While there was spending which helped bolster economic activity, a sizable portion of Americans put the money into savings.  There is real fear out there as Americans weigh uncertain job prospects, a longer period of COVID-19 and major questions over the country’s political life with an eye to the November elections. Despite the fact that low interest rates mean financial repression, many Americans still prefer to have something in the bank than being caught out in another round of depression. The personal savings rate was 12.6% as of march 2020 (US Bureau of Economic Analysis); it surged to 32.2% in April and fallen gradually since (May 23.2% and June 19.)%). This is a number worth watching, especially if it begins to climb back up.

Finally, to do any sort of stimulus, the U.S. Treasury must finance any and all stimulus though a growing and dangerous amount of debt. Do you worry that at some point the debt burden will be too much for the U.S. economy?

It would appear that no one, in either party, cares about the issue of a massive debt build-up and what the implications are the economy over the long term. The U.S. is now heading into the same territory as it was in World War II, well over 100% of GDP, which outs it just behind Italy and Japan. At some point, someone is going question why the emperor is wearing no clothes and there could be a move away from the US$ as the global currency of choice. When that day comes, it will be a reckoning for the economy.  It will be a painful, drawn out and sobering crisis for all of the big spenders. Even if there is not such as reckoning, the risk is that the US follows the same pattern of high debt/slow-no growth/declining demographics as Japan and Italy.