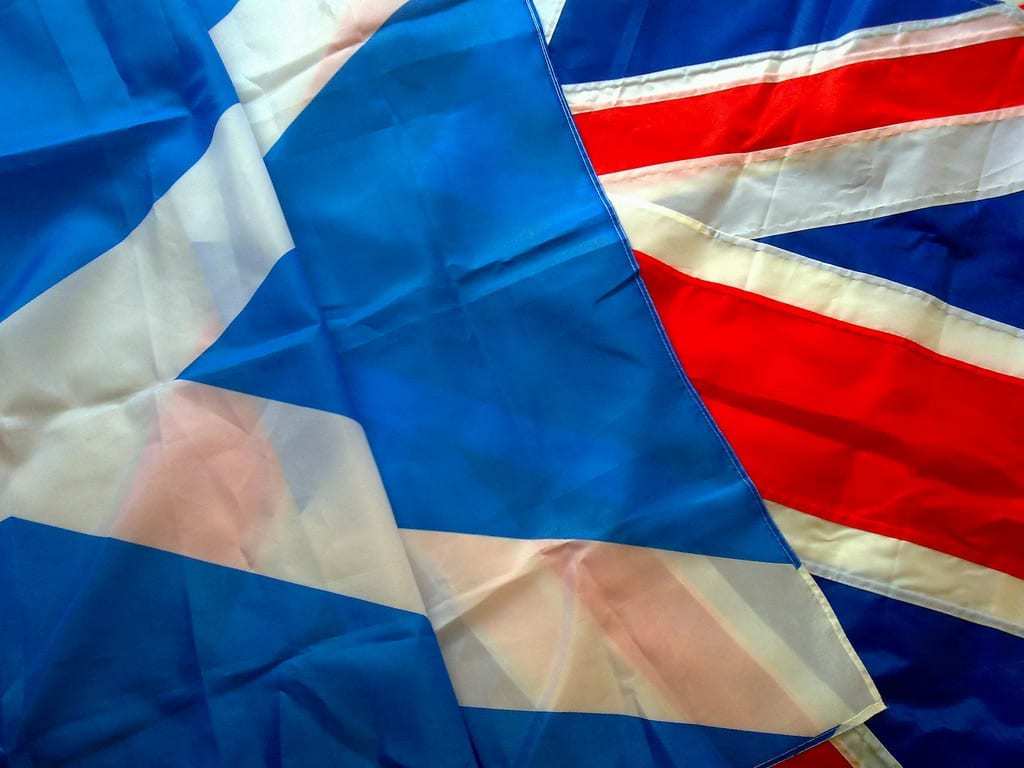 The Saltire and Union Flag, representing Scotland and the United Kingdom.

Should the United Kingdom hold a second referendum on Scotland?

Scottish independence has become a perennial issue in British politics, and with the Scottish National Party (SNP) holding 48 of Scotland’s 59 seats in Westminster, it’s not going to go away anytime soon. The SNP also runs a minority government at Holyrood, Scotland’s devolved parliament. Seemingly immune to scandals and poor performance, the SNP owes its electoral success to just one issue: the appeal for independence.

Of course, Scotland held a “once in a generation” independence referendum in 2014, returning a resounding “no.” But independence campaigners point out that this was before Britain voted to leave the European Union in 2016, dragging a reluctant Scotland along with it. They have a point, and it’s no surprise that they are eager for a rerun.

What is much more surprising is that Boris Johnson seems not to want to give it to them. There seems to be a reflexive impulse in English politics to keep the United Kingdom united; no one wants to be the prime minister who presides over the dissolution of the union. But why not?

Scotland is a drag on British politics and a drain on the British treasury. It makes Britain look big on a map, but constitutes only about 8.2% of the UK’s population and 8.3% of GDP. Scotland’s North Sea oil is just about gone, and its regional government has endless ambitions for increased welfare spending. Why not let Scotland go, and let its independent government learn to fend for itself?

England’s desire to keep the union intact smacks of sentimentality. In the 2014 referendum, then-prime minister David Cameron, panicked by polls suggesting that Scotland might actually vote to secede, promised Scotland greater autonomy if it remained in the union. Meanwhile, the SNP promised to keep the Queen and the Pound, campaigning for a kind of “independence lite” as an enticement to fence-sitters. The SNP’s then-leader Alex Salmond even promised to keep Scotland in the European Union, though how he would do so is anyone’s guess.

If Boris Johnson is serious about leading a United Kingdom, he should offer Scotland a new, clear-cut independence referendum as soon as possible once the coronavirus pandemic is fully under control. In practice, that probably means early 2022. He should make clear that “independence means independence”: no Pound, no subsidies, no transfers of military equipment, and a per capita split of the UK’s national debt. All this should be specified in the enabling legislation, not left for negotiation after the polls.

Clear, unambiguous terms will set the stage for a true “once in a generation” vote. If the Scottish people truly desire independence from the United Kingdom and life as a sovereign nation, come what may, why should the English stand in their way? Freed from the Scottish millstone, England has everything to gain (and only its heart to lose) from a Scottish independence vote. But if Scotland still votes to stay, there’s little chance of a repeat vote in our lifetimes. The problem with the 2014 referendum is that it was ambiguous about what “independence” even meant. A hard choice is likely to produce a much clearer answer — and make it much more difficult for the SNP to demand yet another referendum down the line.