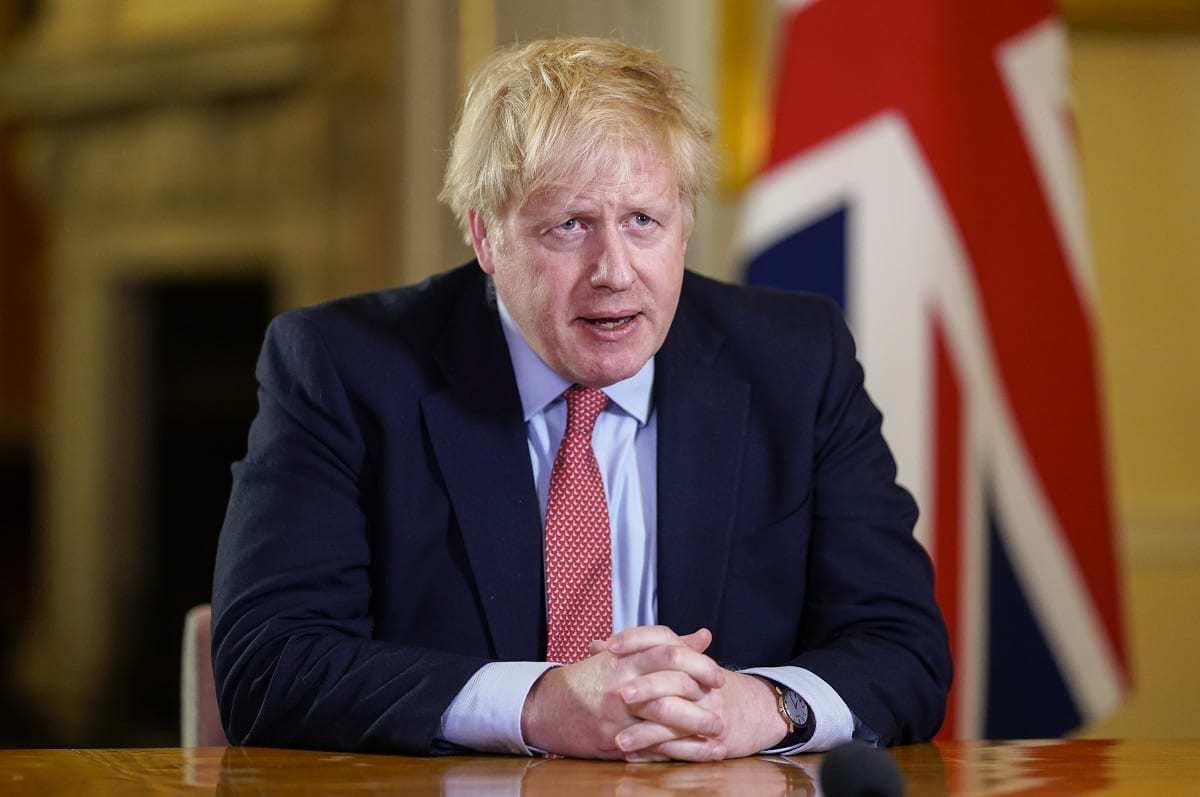 The United Kingdom and the United States have an unusual relationship internationally–the so-called ‘special relationship‘. Despite being ‘divided by a common language’ there are inescapable resonances across party lines between them. For each, the other represents something important domestically. In the case of the UK, this is only to be expected, as all countries look to the U.S. in some ways, but there is nonetheless a strong historical relationship along with the closeness of the ongoing alliance. The U.S. also seems to pay particular attention to the UK in ways both good and bad. Donald Trump, for example, is an Anglophile who goes out of his way to comment on UK politics, wishing Prime Minister Boris Johnson well in his negotiations with the EU. The Democrats, however, for all their claims about the importance of allies, often seem happy to disdain their closest in the most condescending terms.

Some weeks ago, for example, Nancy Pelosi went out of her way to upbraid the UK for an assertive diplomatic and legal move against EU overreach in the final stages of their negotiations towards a trade deal. The issue is symbolically important and may become significant, but it is also complex and well reasoned both ways and could amount to nothing if a trade deal is signed. Such hard bargaining tactics by the UK went down badly in Ireland, and the Irish government’s displeasure was relayed through the Irish lobby in Washington, prompting Pelosi to declare a putative UK/US trade deal stood no chance if the Brits threatened the Good Friday Agreement. The same sentiments were echoed later by Joe Biden–who often advertises his Irish heritage–but in language that was bordering on insulting.

More recently, Pelosi was once again animated with her references to the UK, pointedly suggesting that ‘Boris’ might ‘approve a vaccine’ just to help Trump while declaring that the UK’s medical testing regime was ‘below par.’ To British ears, this is incomprehensible and hostile. The UK medical testing regime passes muster with the best in the world, but more to the point, the Prime Minister has no say over what medicines are approved or not and the civil service is not political. It’s all an uncomfortable reminder of Barack Obama’s (shamefully encouraged) declaration that the UK would be at ‘the back of the queue’ for any trade deal with the US if it voted to leave the EU, a mixture of condescension and indifference that irritated even the staunchest pro-Americans, indeed perhaps most especially them.

A Contest of Internationalisms?

Ordinarily, Democrats are among the first to criticize Trump for treating allies disrespectfully. Whether it is South Korea or Mexico they naturally assume acting boorishly with nominally close allies is bad form. The same standard never applies to their own treatment of their closest ally, however, yet no one ever remarks on it. In the UK, these sorts of comments are welcomed by some as useful correctives to the pretensions of those who talk up the alliance. For example, Pelosi’s and Biden’s remarks were triumphantly picked up by Remainers who crowed that the UK would be diminished by leaving the EU, as if by leaving, the UK automatically becomes isolated and dependent on the mere favor of the U.S.

Needless to say, this isn’t how Leavers think, but curiously it is how Democrats see it, hence Obama’s tin-eared remarks, and Biden’s haughty ‘Period’ with which he signed off his intemperate tweet. There is something shared between the Remainer and the Democrat left that is revealed by all this; namely a commitment to international institutions, treaties and the liberal worldview. Offenses against it are more than simply mistakes, they are heresy and must be treated with contempt on either side of the pond. Similarly, in a remarkable diplomatic slight, President Trump was refused a visit to address both houses of the UK Parliament by the left-leaning Speaker, who had granted the same honor to Xi Jinping.

On the other side of the political divide, Republicans tend to be overtly respectful towards the UK, stressing the importance of the ‘special relationship’ and occasionally using phrases like ‘the mother country’ without embarrassment. Some even praise Brexit precisely because it is an important step towards the world of nation-states and political alliances that they favor. Away from multilateralism, towards conditional bilateralism. This world view aligns with the Atlanticist Anglosphere, with CANZUK, and closer ties with both Japan and India. It’s no accident, for example, that the UK signed their first post-EU trade deal with Japan and is clearly seeking an Indo-Pacific strand to its strategic posture. Amidst all this diplomatic maneuvering, however, there are elections to be fought and international positions to be staked out. In this context, knocking the UK is an easy way for Democrats to disdain their Anglo-heritage domestically, reject ‘populism’ internationally, and to signal their commitment to the world of institutions, treaties and multilateralism that both Brexit, and Trump, offend against.

One thing, however, that can be said for the special relationship between the US and the UK is that these political affiliations between the more Atlanticist right and Internationalist left are fairly resilient. Indeed, the much pilloried ‘special relationship’ can at times seem entirely absent, then spring to life again when least expected. It really depends on who holds office. President Obama and PM Cameron were not close but both Clinton and George W Bush were close to Tony Blair. Better yet, Reagan and Thatcher formed a clear international partnership. Equally, while party loyalties don’t translate perfectly, it’s rare to find a Brit with no view on who should occupy the White House, or that is unfamiliar with the basic political orientations in the US. Whereas French and German politics are almost completely mysterious to the average UK voter.

Nor is this intimacy confined directly to politics, its easy to argue that both the US and the UK huddle under the same cultural penumbra within which despite obvious differences, they understand each other implicitly. More importantly, they inhabit the same dream world from which politics gets its inspiration. This may be down to being on the same side in the major 20th century conflicts from which both countries derive meaning and purpose, but it is also a feature of the deep cultural familiarity between them. When ideas circulate in one, they immediately transmit to the other, language is borrowed, arguments shared. Not only, for example, was The West Wing a hit show in the UK, shaping attitudes to politics, but also the corruption portrayed so darkly in House of Cards was inspired directly by a British drama of the same name in which the southern Frank Underwood was mapped onto the Scottish Francis Urquhart. Furthermore, the story is an adaptation of Shakespeare’s Richard the Third, reinforcing the shared inheritance of the English speaking world.

When therefore Nancy Pelosi or Joe Biden speak disparagingly of the UK or ‘Boris’ there is a sense in which they are not really commenting on the affairs of a foreign country, but speaking as Trump might about Democrat California or New York. In other words, as if they are speaking of political opponents in a manner everyone understands perfectly well, hence the lack of surprise, rather than the diplomatic incident, that ensues. Indeed, while the two countries remain divided by a common language, they are increasingly united by common differences, and even, if the last few years are anything to go by, a shared spirit of hostile polarisation. The real differences, however, lie in the different world views expressed by both sides in both countries. Which doesn’t show how distant the U.S. and the UK have, or may, become so much as how close we have always been.