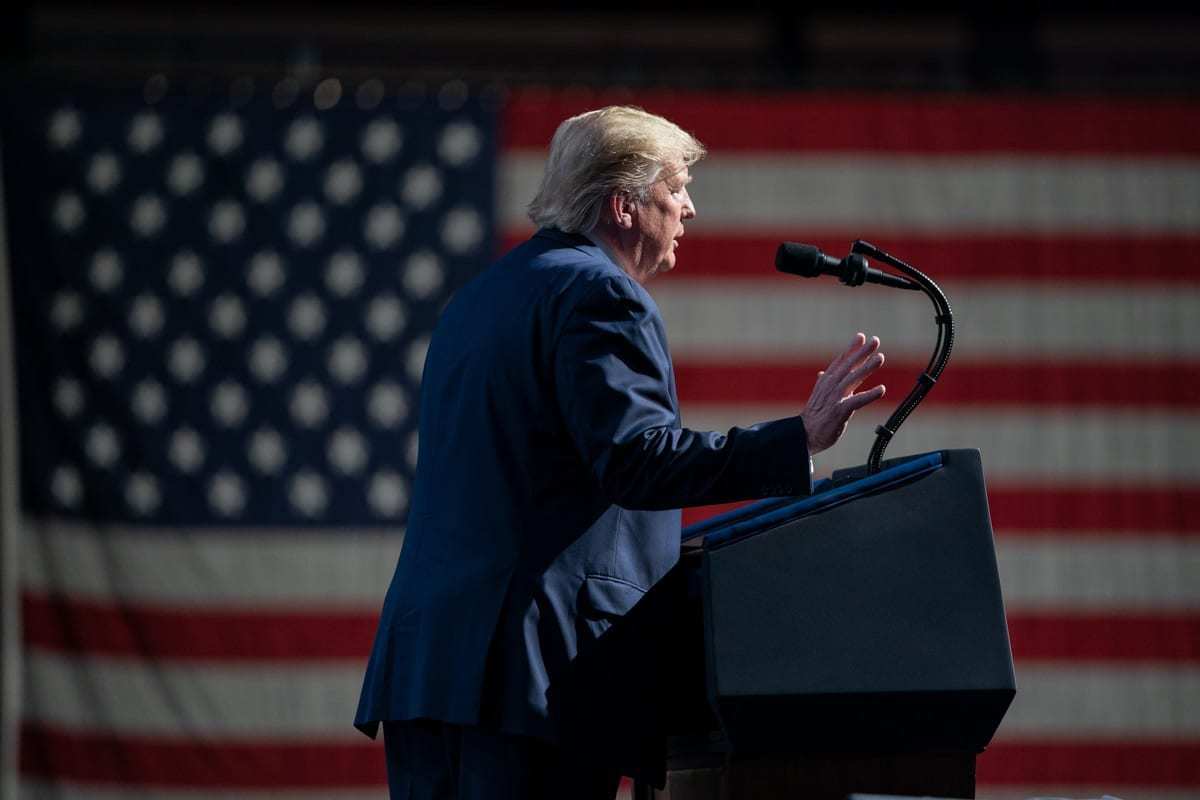 America’s media—and the world’s—are convinced that Donald Trump has tarnished the international reputation of the United States.  Not just tarnished: destroyed.  The Democrats campaign on this narrative as a matter of course.  But is it true?

It is certainly true that the chattering classes in Europe and European-heritage countries despise Donald Trump, just as they do in the United States.  But it is surprisingly difficult find out what ordinary people think, especially outside Europe.  As a result, our knowledge of what “the world” thinks of Trump is excessively Eurocentric, and even what we do know is deeply colored by the biases of one organization: the Pew Research Center.

No one runs global polls asking people whether or not they approve of the President, but Pew does run a multinational poll that asks something similar (though not quite the same): “do you have confidence in Donald Trump to do the right thing regarding world affairs?”  Pew’s question is phased to sound neutral, but in reality, it’s almost certain that the question is understood by respondents as “do you agree with Donald Trump’s policies toward my country?”  A look at the more detailed break-out questions reveals the difference.

Two of the key questions that Pew interprets as demonstrating that there is “little support for Trump’s international policies” are about “increasing tariffs or fees on imported goods from other countries” and “allowing fewer immigrants into the U.S.”  Unsurprisingly, large majorities in almost every country surveyed exhibit a preference for low American tariffs and few restrictions on immigration to the United States.  Pew might as well ask “should the United States defend your country” or “do you think all Apple and Android apps should be free?”

Nonetheless, a surprising proportion of the world’s population does seem to have confidence in Trump to “do the right thing regarding world affairs.”  Pew reports negative views of Trump in 26 out of the 32 countries surveyed.  That sounds damning until you realize who the other seven are: India, Nigeria, the Philippines, Kenya, Poland, and Israel.  Demographically speaking, Trump’s majority in India alone outweighs the opposition in all of Europe and Latin America combined.  And if Nigeria and Kenya are broadly representative of sub-Saharan Africa outside multiethnic South Africa (which narrowly went against Trump), then add another billion people to the Trump column.

This, despite the fact that the question is worded in such a way as to bias the favorability ratings against any U.S. president.  For example, Barack Obama’s approval rating in Kenya (!) dipped as low as 78% in 2014.  Placed in that context, Trump’s 65% doesn’t look so bad.  Considering the relentless anti-Trump messaging of the global media and the fact that Trump has repeatedly disparaged Kenya’s favorite son, it’s positively amazing.

And then there’s China.  Obviously, it is impossible to conduct opinion polls in China.  But by all accounts—and to the quizzical bemusement of professional China watchers—Donald Trump is preternaturally popular in China.  No one can know for sure how the Chinese people feel about Donald Trump, and it would be difficult to distinguish between their opinions of Trump, their opinions of his China policies, and their opinions of their own leaders, who are under severe pressure from those very policies.  But no one would argue that the Chinese people yearn for a Biden presidency, or have deep concerns about Trump’s loose language on Twitter.

Notwithstanding the faults in Pew’s polling, it seems clear that people living in European-heritage countries overwhelmingly reject Donald Trump, and the media in those countries clearly love spreading that message.  But in the twenty-first century, it’s high time to decolonize the media.  A detailed analysis of Pew’s country-by-country results strongly suggests that Donald Trump is more popular than Angela Merkel, Emmanuel Macron, Vladimir Putin, or Xi Jinping—the other four leaders considered in the survey.  Trump is certainly not the most popular world leader ever (Obama’s international numbers were much higher), but he just may be the most popular leader in the world today.