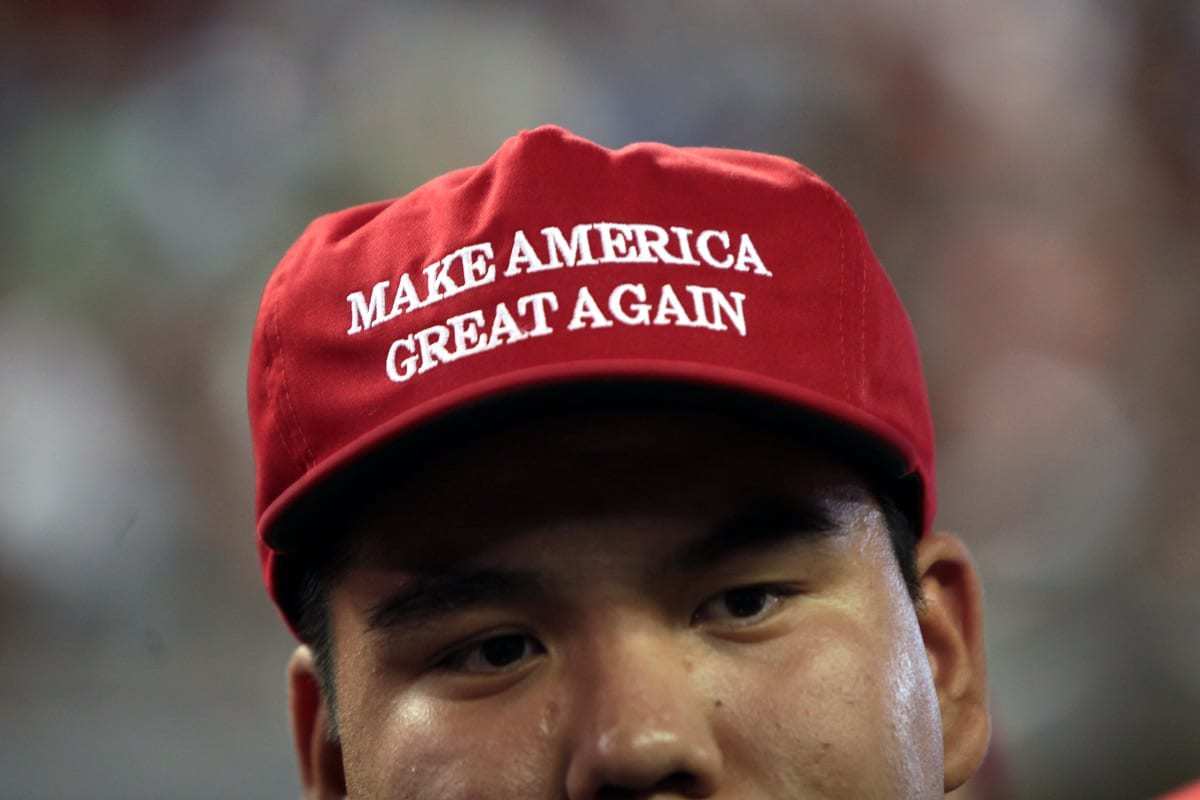 Make America Great Again hat in support of Donald Trump at a rally at Veterans Memorial Coliseum at the Arizona State Fairgrounds in Phoenix, Arizona.

Imagine my shock and horror (or was it wearied skepticism?) when I awoke Friday to the news that armed Trump supporters had “stormed” a Michigan convention center to prevent ballots from being counted — and this from the Murdoch press! A subsequent Yahoo News headline confirmed that “heavily armed protestors storm vote centres” in three states. The revolution had arrived, and if not televised, it was at least being Tweeted. Modern journalism at its finest, no doubt.

“Stormed” is a high-impact verb when used in its transitive form. An immature child may “storm off” in anger, but American troops “stormed” Omaha Beach on D-Day. The evil Empire in Star Wars was kept in power by heavily armed and armored stormtroopers. When heavily armed protestors storm a vote center, expect blood on the ground. Or at least a little glass.

Of course, there was nothing of the kind. Some Trump supporters did rattle the windows of the Detroit convention center, before quietly obeying police requests to back away from the building. Other Trump supporters carried guns in states where it is legal to carry guns, again quietly obeying police instructions. That may not be the smartest or most conciliatory way to handle an election defeat, but it beats the shootings, looting, and arson associated with Black Lives Matter protests just a few months ago.

After four years of being warned that Donald Trump was “the most dangerous threat to pluralist democracy in this country in more than a century,” where are the brownshirts? The blackshirts? The redhats? Where are the angry mobs of white supremacists marching through our cities in torchlit parades on their way to seizing power in an ultra-right-wing coup d’état?

News reports that led with alarm over the (genuinely) peaceful protests of Trump supporters relegated the actual violence of anti-Trump protesters (is anyone actually a Biden supporter?) in New York, Seattle, Los Angeles, Houston, Pittsburgh, Minneapolis, San Diego, and (especially) Portland, where the (Democratic) governor of Oregon called out the National Guard to restore order in the (Democratic) city of Portland.

You don’t have to be a Trumpian (or even a Republican) to realize that the global media is playing games with reality in its U.S. election coverage. Before they fret over the fact that people no longer trust mainstream media coverage and turn instead to online rumors, social networks, and citizen reporting, they should take a good, hard look at their own coverage. When journalists become advocates, they should expect to be treated like advocates. If they teach anything in journalism school these days, it should be that journalists are supposed to represent the public, not represent themselves.

Redhats, get out your phones. If you really want to make America great again, start reporting the news. The journalists won’t do it. Now you have four more years to kick them out of office for good.