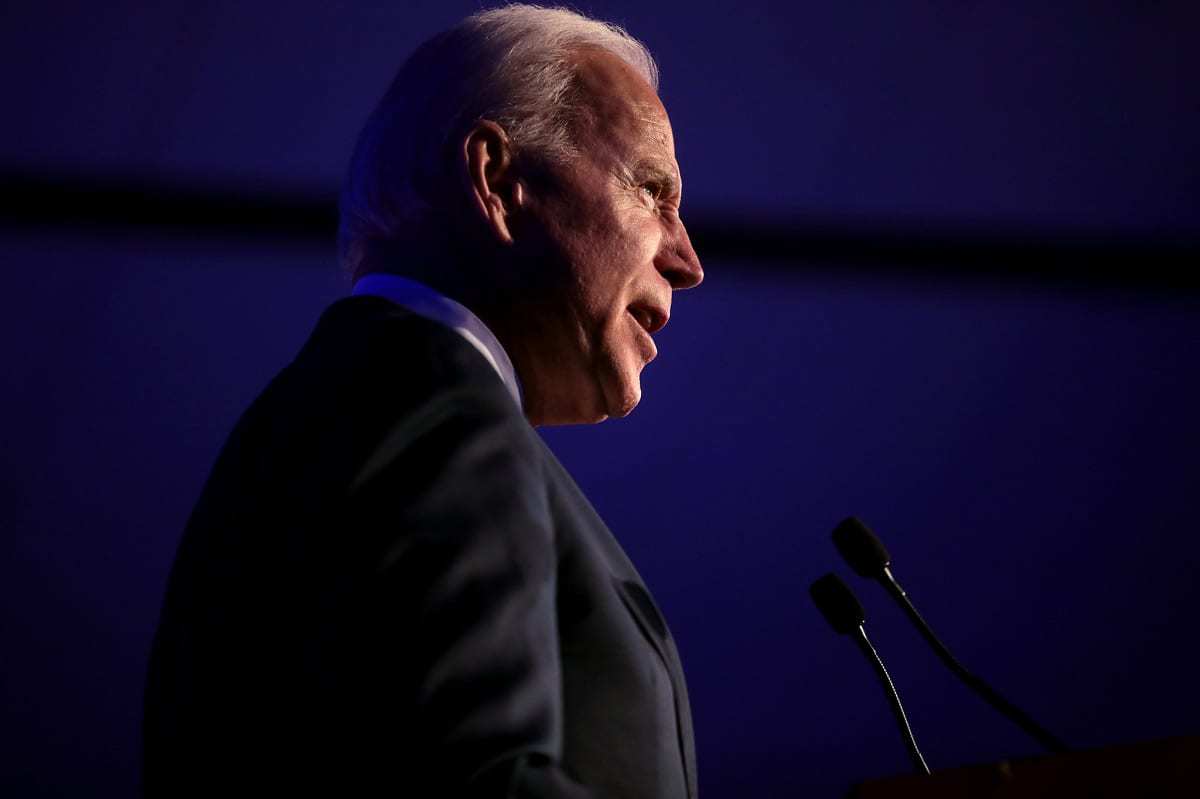 Today we had a chance to catch up with respected China and Asia-Pacific expert Dr. Anders Corr. Dr. Corr had a longstanding column in Forbes for some time and is Principal at Corr Analytics, Publisher of the Journal of Political Risk. We sat down to discuss how Joe Biden might approach China, what lessons he could learn from the Obama years, and more. You can read the full discussion below.

First, during the Obama years, many experts have argued it was Obama’s lack of pushing back against China in places like the Scarborough Shoal and in the wider South China Sea that led to Beijing’s more aggressive behavior today. Would you agree? What could have Obama done differently?

Obama negotiated, through Kurt Campbell according to my source, that both sides move away from the shoal in 2012. The Chinese moved right back. At that point, the U.S. should have sent in a Navy and Coast Guard force to protect the shoal from Chinese overfishing and occupation by Chinese Coast Guard (CCG), Maritime Militia (MM), and further back – the PLA Navy (PLAN).

China is using a “cabbage strategy” on the shoal, which is to put subsidized civilian Chinese fishermen on the shoal, surrounded and protected by progressively larger rings of MM, the CCG, and finally the PLAN. This could have been disrupted – and still can be disrupted – by a U.S. Coast Guard or U.S. Navy Presence at the shoal to ensure that Philippine fishermen have sole access to the shoal, or at the very least joint Philippines-Chinese-Vietnamese access per the 2016 UNCLOS ruling. In my opinion, the ruling wrongly gave fishing rights to China and Vietnam on the shoal. The shoal is within the Philippines’ EEZ and should be exclusive to the Philippines.

Probably for political reasons, the court ruled in favor of subsidized overfishing of the shoal by China mostly, and that is ethically, environmentally, and morally unjustifiable when the shoal is within the Philippine EEZ and much closer Philippine fishing communities are already fully utilizing the resources there.

When it comes to China, Biden clearly has many issues he will need to tackle—trade imbalances, a growing military challenge, Taiwan, South China Sea—the list is endless. What should be tackle first? How should he tackle it?

The most important issue is to ensure that strategic sectors of the U.S. economy and military production have secure supply lines that do not depend on Chinese manufacturing.

We have seen how China attempted to use its control of PPE during the pandemic, and REE against Japan, to leverage compliance to its political and economic demands. Some U.S. jet fighter parts have been sourced from China. If we are dependent on China for strategic manufacturing during an emergency, they will leverage us to their benefit. We must ensure at the start that our most important defensive and strategic economic supply lines are independent of China.

The Trump Administration clearly was warming towards Taiwan more and more as time went on. Will that continue under Biden?

I suspect that Biden will stop U.S. warming to Taiwan in order to placate Beijing and return to normal trade relations.

This is a problem for U.S. security and global democracy in the long run as it shows that the U.S. can essentially be bribed through good trade relations into stabbing its friends in the back.

We did the same to Ukraine by failing to defend the Donbas and Crimea from Russia. That sends a message to all democracies to look out for number one rather than creating a broad democratic alliance to defend against China’s expansion.

We can’t expect our allies to individually sacrifice for the cause of global democracies if we ourselves are not willing to do so.

The military balance, at least according to many experts, in the Asia-Pacific has been moving from a deceive U.S. advantage to now many saying that China could compete in an armed conflict. What capabilities should Biden stress when he looks at the overall U.S. force posture in the Asia-Pacific when it comes to China?

In a nuclear age, the most powerful weapons and thus best defenses are unfortunately nuclear.

There is no way around this unless China democratizes, returns to the status quo ante, or we capitulate to China’s growing global power.

Cyber will be important, as will forward deployment of tripwire forces as close to China as possible to stop its incremental territory grabs.

Navy and Air Force expansion with the aim of power projection into China, and a strategy that looks for offensive rather than just defensive opportunities is important.

When we play defense only, we can spend 100 to 1 to counter China’s missile development. We will ultimately lose that fight on purely economic grounds.

We need to continue Obama’s pivot to Asia, which means refocusing spending away from Europe. To defend against Russia, European countries must increase their defense spending to a minimum of 2% of GDP as they are obligated by NATO to do. The U.S. can force them to take more responsibility for their own defense by gradually moving U.S. forces, other than tripwires, to Asia. France understands the need to take more responsibility for European defense, while Germany is still hoping to get it for free from the U.S.

Finally, it is critical that we ensure that China not influence U.S. politics, as it has, through its U.S. corporate connections. In 2019, there were $106 billion of U.S. exports to China and $452 billion of U.S. imports from China. Every dollar has some U.S. counterpart that wants to keep that trade flowing, and who has political influence in Washington. Some of the biggest corporations will continue to use their influence to ensure that the President is acquiescent to Beijing’s wishes so trade continues to flow smoothly.

For a larger look into my views on China, I would offer the following policy paper I have authored here.

Anders Corr, Ph.D., is Principal at Corr Analytics, Publisher of the Journal of Political Risk, and worked as a civilian in military intelligence for five years, including in Afghanistan from 2011 to 2013, and for USINDOPACOM and SOCPAC on Asia issues. He is the editor of Great Powers, Grand Strategies: The New Game in the South China Sea (USNI Press, 2018), and author of The Institutionalization of Power: Knowledge, Economic, and Political Hierarchies (forthcoming, Optimum Publishing International). Dr. Corr has a B.A. from Yale in Politics, and Ph.D. from Harvard in Government.