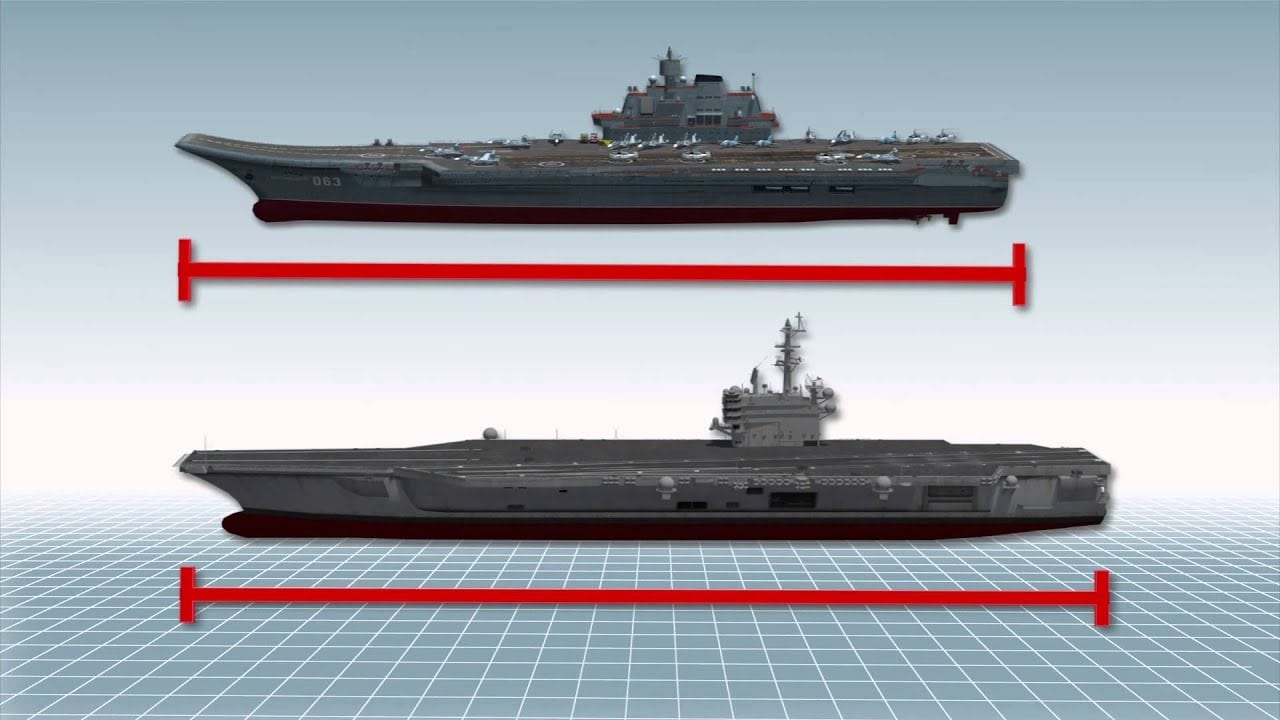 Between the years 1405 and 1433 – beginning nearly ninety years before the first of Christopher Columbus’s voyages – a total of seven far-reaching maritime expeditions were undertaken by the so-called “Ming treasure fleet,” even reaching as far as the coast of East Africa. A number of factors led to the cessation of the voyages, but now seven centuries later China’s vessels aren’t just traveling to Africa – they have established a presence. And China’s aircraft carriers could very well be the focus.

The People’s Liberation Army Navy (PLAN) currently operates only one overseas naval base, which is located in the East African nation of Djibouti on the “Horn of Africa” on the Red Sea. The facility was first opened in 2017 and in the years since its footprint has steadily grown.

Now it is large enough, or just about to be large enough, to host aircraft carriers – of which the PLAN now operates two, with a third under construction.

The first, Liaoning, is a heavily modified carrier that was built for the Soviet Navy in the 1980s before it was sold by Ukraine following the collapse of the Soviet Union to China. The second carrier, Shandong, is a modernized version of the former carrier but was domestically built in China.

A third carrier is set to enter service in 2024. It is larger than the first two carriers and will be the first Chinese carrier equipped with catapults, which would it allow it to launch heavier aircraft including fighter jets and reconnaissance planes.

The Chinese naval facility is just seven miles from Camp Lemmonier, the U.S. military’s operation hub in the Horn of Africa.

“Their first overseas military base, their only one, is in Africa, and they have just expanded that by adding a significant pier that can even support their aircraft carriers in the future,” Gen. Stephen Townsend, the head of U.S. Africa Command, told the House Armed Services Committee, Stars and Stripes reported. “Around the continent they are looking for other basing opportunities.”

The small, but strategically important African nation, is located near some of the world’s busiest shipping lanes. Its port facilities serve as a key refueling and transshipment center. It is also the principal maritime presence for imports and exports from its landlocked neighbor Ethiopia.

The nation is also the site of various foreign military bases including Camp Lemonnier, which was established in 2002, and is also the only permanent U.S. military base in Africa. The facility is located in an area that was originally established as a garrison for the French Foreign Legion. France, Italy, and Japan also have small military outposts in Djibouti.

Gen. Townsend also said that China’s buildup is on a much larger scale than the other nations that have a presence in the region. China is also using the base as a “platform to project power across the continent and its waters.”

It may be the first overseas base for the PLAN, but Beijing likely has plans for additional facilities in Africa and beyond.

Townsend noted, the bases would serve to tie “(Beijing’s) commercial seaport investments in East, West and Southern Africa closely with involvement by Chinese military forces in order to further their geo-strategic interests.”

China is also utilizing its economic power in a way to offer loans to cash-strapped African countries, and the terms are often unfavorable – resulting in an economic debt trap that only further provides Beijing with access to infrastructure throughout Africa.

“China is of great concern. They are literally everywhere on the continent,” Townsend said Tuesday, according to USNI News. “They are placing a lot of bets down. They are spending a lot of money. They built a lot of critical infrastructure.”