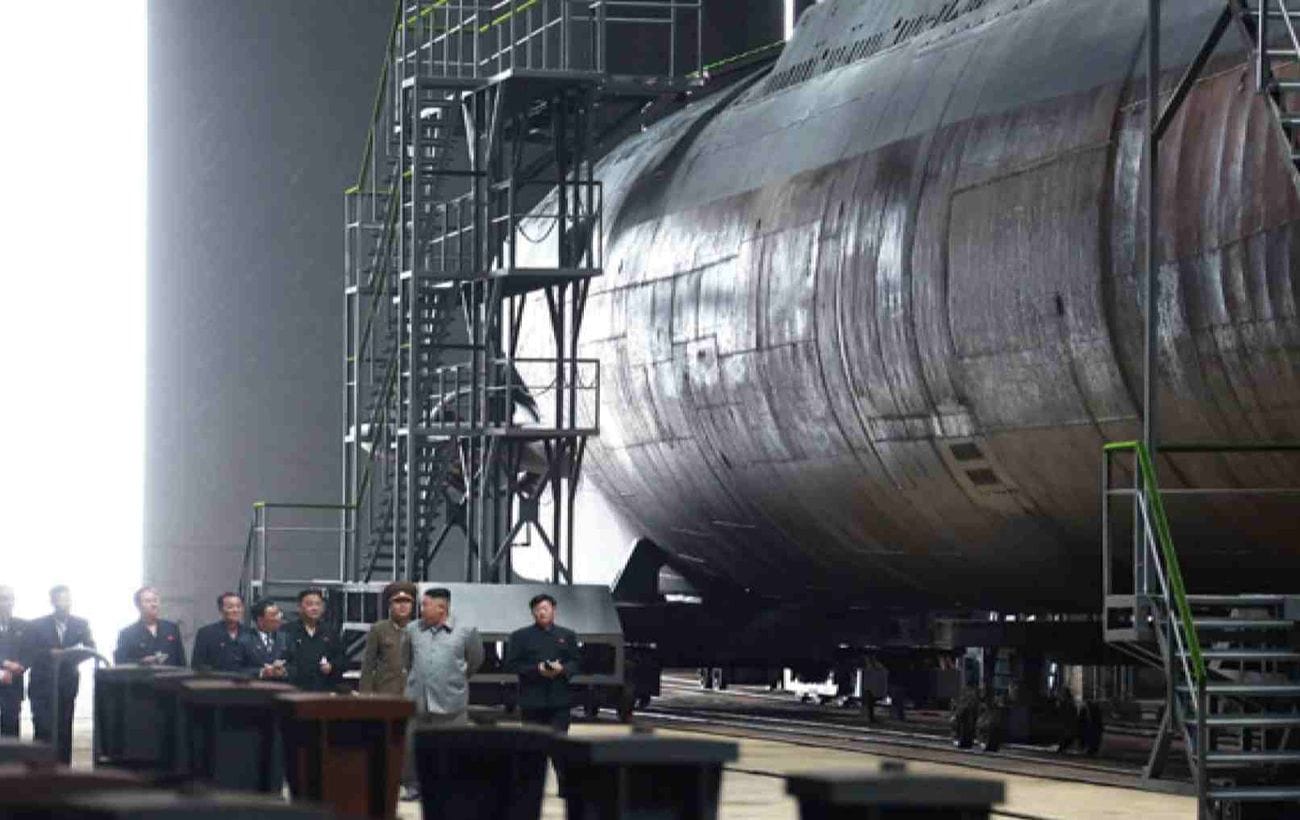 19FortyFive has confirmed that North Korea is near completion of a submarine that is most likely configured to fire a ballistic missile, according to two senior Japanese intelligence officials.

Both sources confirmed recent reporting in Yonhap News on this subject.

In Yonhap’s report, a source added that “North Korea is reviewing the right timing to roll out the submarine for a strategic effect, including maximizing pressure against the United States.” The report also added that the “North could reveal the submarine at a launching ceremony and actually roll out an SLBM, such as the Pukguksong-3.”

A former senior Trump White House official added that Pyongyang will almost surely unveil the submarine in the next few months, perhaps “even in weeks”, as North Korea will want to respond aggressively to any new pressure-based Biden Administration DRPK policy. Most North Korea watchers, including myself, expect the policy to be rolled out by the end of this month, if not perhaps sooner.

“North Korea seems ready to start an entirely more aggressive escalation spiral in the coming days and launching a new submarine, or what could be a somewhat modernized but older submarine of Soviet origin that can fire a solid-fueled ballistic missile would be one way to signal their displeasure and downright anger,” explained the former senior official. “I would not be shocked to wake up one morning to images of this submarine all over social media, or, a submarine unveiling with the sub then going out to see just days later and conducting a test firing. That would be a great way to show Joe Biden that it will not back down.”

Another former senior aid to Trump added that this “is just likely the beginning” of what North Korea might have in store for the Biden Administration. The former aid noted that “Pyongyang seems poised to test a variety of new weapons platforms, including new ballistic missile systems, of course, this new submarine, and perhaps much more, like a new ICBM design we saw paraded around the streets of Pyongyang in October of last year.”

A retired U.S. Navy official that spoke to 19FortyFive, while expressing his concern over North Korea’s submarine, also warned about “overhyping” such a potential threat.

“We have to remember any North Korea ballistic submarine, or any ballistic submarine in general needs to be quiet underwater to avoid detection in order to be a true nuclear deterrent,” explained the former Navy official. “I highly doubt these early North Korean efforts have included any real effort at noise signature masking, a technology most nations take decades to master. And that means the U.S. Navy and our allies can find and easily kill any such submarine.” The former official added that while there is a very “real threat from this submarine” it is likely “years if not a decade into the future.”

According to North Korea analysis portal Beyond Parallel overseen by. Dr. Victor Cha, North Korea has moved a submersible missile test stand barge at a shipyard on its east coast, citing recently obtained satellite images, another possible sign of a potential submarine missile test. Beyond Parallel did however note that “it is unclear if these movements portend preparations for a forthcoming submarine-launched ballistic missile test.”