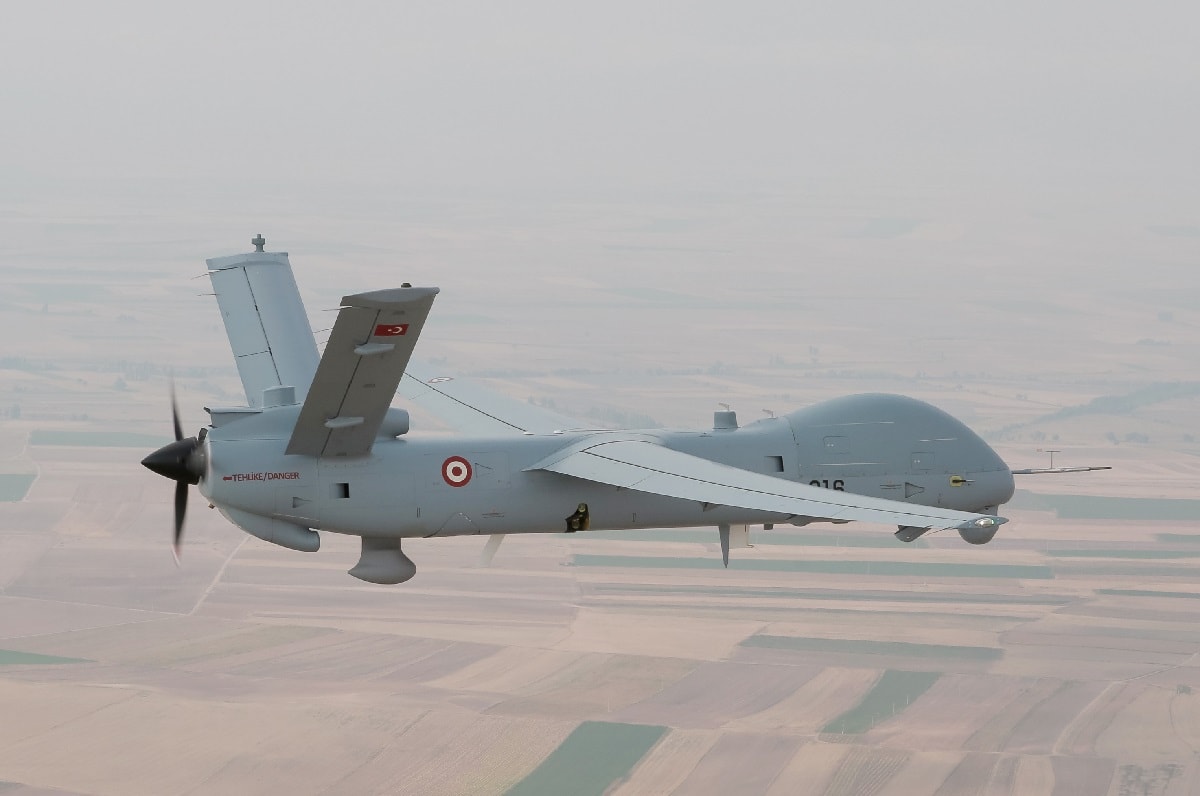 Arms exports are truly big business and accounted for an estimated $27 billion in 2019. The United States remains the top exporter, with the Russian Federation, France, China, and Germany rounding out the top five – and those nations accounted for 78.92 percent of total exports worldwide.

Moreover, that isn’t to say that those nations only export these days.

Russia has also increased its arms imports, and this month it was reported that Moscow could be on the verge of becoming a buyer of Turkish military hardware – specifically drones.

Turkey has become a major producer and user of unmanned aerial systems (UAVs), but it has also become a major seller in the process. Turkish Aerospace Industries (TAI) began developing drones in 2013 after relations between Washington and Ankara soured. Turkey subsequently developed the Anka-S, which is roughly analogous to the U.S. Air Force’s own Reaper drone. Around 26 feet long with a roughly 400-pound payload, the satellite-controlled Anka-S carries a synthetic-aperture radar, an inverse-SAR and a ground-moving-target-indicator radar to detect, identify and track ground targets.

Turkish armed drones were even reportedly used to destroy multiple Russian-made, Syria-operated air-defense vehicles. Moscow has disputed the claims, but that hasn’t stopped Russia from expressing interest in the Turkish UAVs.

This week Turkish Foreign Minister Mevlut Cavusoglu said there was no issue in selling the drones, or other Turkish weapons and military equipment, to Russia.

“Turkey is selling its drones to those who need them,” Cavusoglu told the Haber Turk TV channel, according to a report from Tass. A sticking point has been that in 2019 Turkey sold its Bayraktar TB2 UAVs to Ukraine, which planned to equip them with the MAM-L micro-guided munitions.

Director-General of Ukraine’s Ukrspetsexport company, Vadim Nozdrya, said in October 2020 that Kiev was also interested in the joint production of the Bayraktar drones.

The drones were ordered by Ukraine in January 2019, and the first delivery took place in June of that same year. Now after nearly two years of training, the UAVs are now operational and were used in a reconnaissance mission over the Donbas region earlier this month.

Despite the fact that the drones are flying high, Turkey’s Cavusoglu said that the deal with Ukraine should not stand in the way of a potential sale to Russia.

“The deal [with Ukraine] is not aimed against Russia,” Cavusoglu added. “If Russia has the need to buy our products, it can buy them, just like we earlier purchased its S-400 [air defense systems].”

Cavusoglu also reiterated that Turkey continues negotiations with Russia about buying the second regiment of S-400 air defense systems – even as the United States and other NATO partners have publicly protested Ankara’s acquisition of the platform. Turkey was expelled from the Lockheed Martin F-35 Joint Strike Fighter program, as the United States has maintained the S-400 and F-35 are not compatible and that if Turkey operated both it would compromise the security of the fifth-generation stealth aircraft.