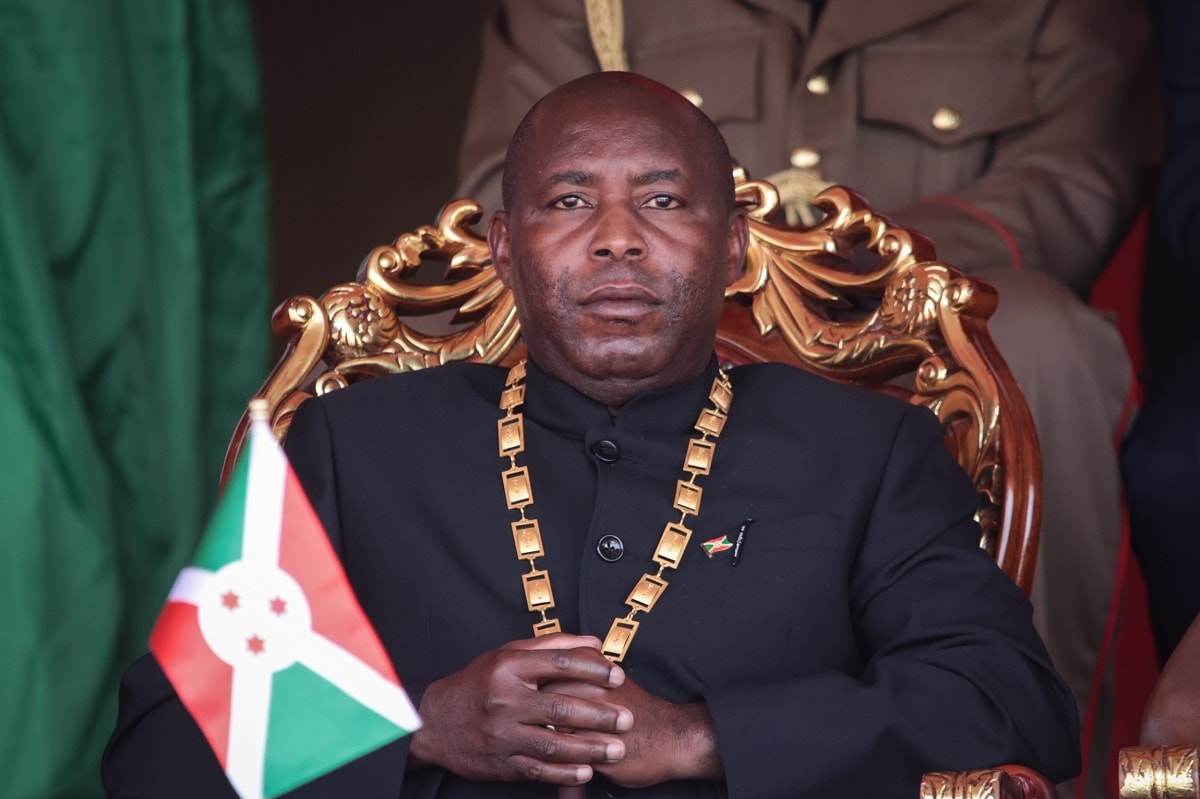 The trial of Paul Rusesabagina, the hotelier made famous in “Hotel Rwanda,” continues in Kigali. Rusesabagina received fawning coverage in the Western media largely because of both the 2004 film and then tendency of many journalists to elide Rusesabagina’s subsequent behavior. There is overwhelming evidence, affirmed by both the United States and Belgium, that he channeled money to a U.S.-designated terrorist group that, in 2018, attacked the town of Nyabimata in Rwanda’s Nyaruguru District, on the edge of the Nyungwe Forest National Park not far from the Burundi border.

A couple of days ago, I visited Nyabimata to speak with survivors of the attack. They described how several dozen members of the National Liberation Front (FLN) approached the town from the cover of the forest. One group of terrorists stopped by a house in which several young adults and kids were watching football. They asked one young man where the town’s leader lived. When he refused to point out the house, the terrorists shot him. The next person the pointed their guns at did not hesitate.

On the way to the mayor’s house, they shot the principal of the local elementary school, a man who served as a father figure to more than 400 local children, many of whom remain traumatized. The mayor barricaded his door, so the FLN terrorists burned his car in an attempt to set the thatch on his house alight. Fidel Munyaneza, a teacher, ran down the street in order to investigate the fire and the sound of gunshots. The FLN told him “to get out of here” according to his widow Josephine, who heard the exchange (and wrote about it here). He turned to run and the terrorists shot him in the back, before fleeing themselves.

For many in the West, the terror and genocide in Rwanda ended in 1994 but while the Rwandan Patriotic Front pushed the Hutu extremists and génocidaires out of the country, many encamped just across the border. Their presence in the Democratic Republic of Congo helped spark the First Congo War (1996-1997) which claimed tens of thousands of lives. More recently, President Yoweri Museveni, who has dominated Ugandan politics for 35-years, has supported rebel groups meant to harass Rwanda. Hutu extremists also found refuge in Burundi that was, through the mid-1980s, economically on par with or even superior to Rwanda, but today is the world’s poorest country in per capita terms. Within Burundi, economic jealousy now compounds the ethnic animosity by Hutu extremists—some of whom populate the upper reaches of government and military.

Burundian President Évariste Ndayishimiye entered office almost a year ago. Burundians, too, have suffered violence and he has retreated from his predecessors’ willingness to allow terrorists and génocidaires to use Burundian territory overtly to attack neighboring states. He faces resistance. Within Burundi, there are factions, however, who put their own ethnic animosity and economic jealousy above morality. Many within the Burundi military and some of Ndayishimiye’s rivals do not agree that Burundi should reverse its past behavior. Hollywood may lionize Rusesabagina, but only his most facile followers and journalists believe that, prior to his capture by Rwandan forces, he was seeking to travel to Burundi to speak at a church. On its face, this beggars belief as few congregations—especially in the world’s poorest country—can afford to fly a speaker by private jet to give a sermon. Rather, many diplomats whisper their belief that Rusesabagina was traveling to Rwanda’s southern neighbor to try to convince its leadership to reverse its prohibition on groups he funded from staging cross border terror attacks, as they did in Nyabimata.

Here, the State and Treasury Departments could play a more proactive role to make permanent Burundi’s retreat from terror sponsorship. Washington should be clear that it considers previous Burundian support for terrorists and génocidaires to be equivalent to state sponsorship of terror. The implication here would be that any resumption of cross-border terror support would lead to formal designation. Some Burundian politicians and officers may cynically or ideologically embrace groups like the FLN, but they should recognize that doing so would be a betrayal of the Burundian people and bring further misery.

Likewise, the U.S. government should condition aid—currently more than $60 million—to Burundi on it joining the Eastern and Southern Africa Anti-Money Laundering Group as a full member rather than an observer. The group is a component of the Financial Action Task Force, created in 1989 to help countries stop money laundering and augmented after 9/11 to address terror finance, and has become the main diplomatic means to help willing governments reform and come into compliance with international norms.

Ndayishimiye likely understands the need to pull Burundi into the future, but some of his competitors and factional leaders do not. Well-crafted diplomacy designed to show Burundians the choice their country faces is overdue and could help Ndayishimiye push forward rather than revert to the point where Burundi would formally have the terror moniker it so often in the past deserved.