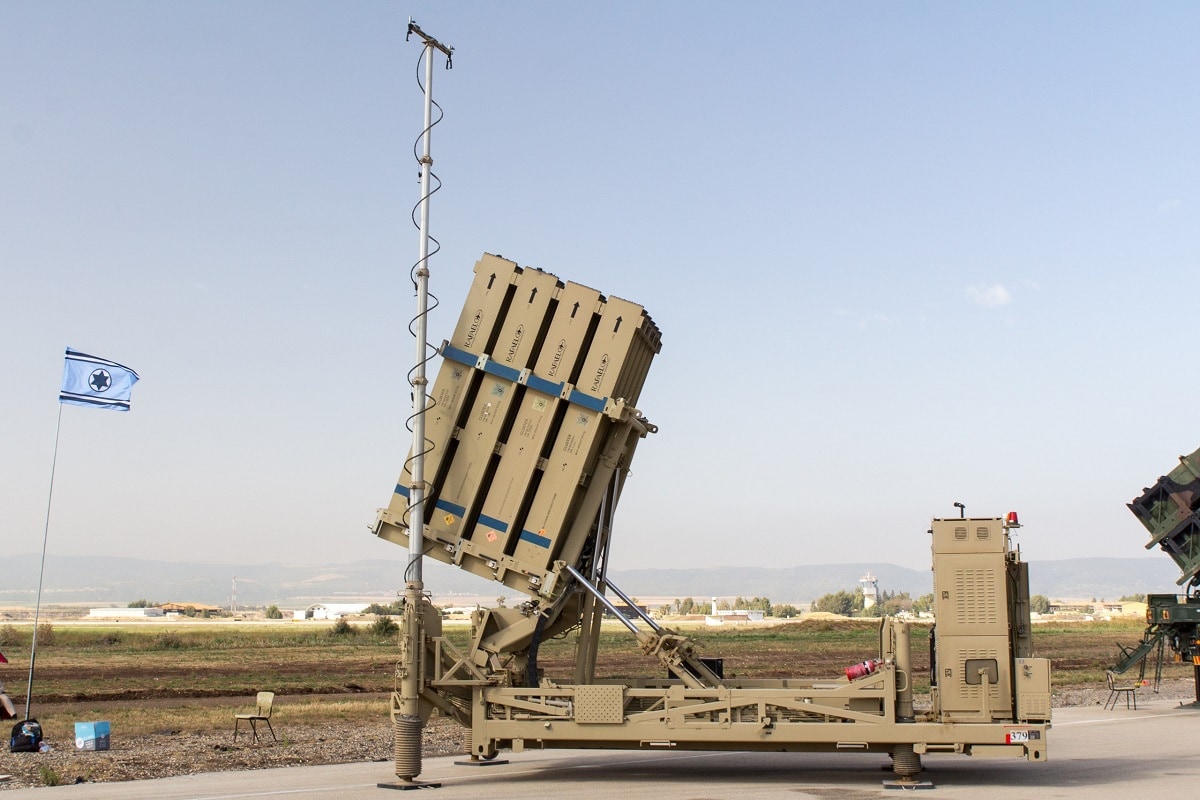 In the nighttime hours of May 10, Hamas terrorists in the Gaza Strip fired multiple rockets at southern Israel. As sirens wailed, Israel’s Iron Dome anti-missile system destroyed the rockets. “It’s the equivalent of hitting a bullet with a bullet,” Omri Ceren, national security advisor to Sen. Ted Cruz, tweeted. Ceren is right that Israel’s system is a technological marvel that achieved what many engineers once claimed was impossible. But, celebrations over Israel’s anti-missile system miss an important point about which the Iranians and the terrorists they support are well-aware: Not all “bullets” cost the same.

Each Iron Dome battery costs about $100 million, and each interceptor it fires costs $40,000 to $80,000 more. This is still a significant advantage over the Patriot system whose interceptors cost $3 million each, but still more than two orders of magnitude above the Katyusha missiles and homemade rockets favored by Hamas.

Herein lies the problem: Israel can intercept most Hamas rockets, even if some do make it through the Iron Dome defense and hit civilian targets. Certainly, Hamas’ supporters in Turkey and Tehran understand that Hamas rocket fire is not going to achieve any near-term military aims. But Hamas likely is not simply launching missiles in the hope that they might achieve a lucky shot and take out an Israeli kindergarten. Rather, a major part of the Hamas strategy has always been to goad Israel into a response in order to seek to extract diplomatic concessions from those in the United States and European Union who prioritize virtue signaling and quiet over the defeat of a growing terror threat that does not impact them directly.

A major component of the Hamas—and by extension Turkish and Iranian strategy—however, is to wage an economic war of attrition against Israel. With the money Ankara and Tehran pay Hamas, they can drains tens of millions of dollars from the Israeli economy at little cost to themselves. The Iron Dome has so far intercepted more than 2,500 rockets, at a cost of $100 million. Given that Hezbollah has over 100,000 rockets aimed at Israel and Hamas many more, costs could skyrocket even if, admittedly, the cost of active defense is admittedly less than the passivity of simply accepting the blows.

The situation could get even worse: On April 20, Gen. Kenneth McKenzie, commander of U.S. Central Command, made headlines when he acknowledged that the growth in the quality and quantity of Iran’s drone fleet meant that the United States no longer had uncontested air superiority in the Persian Gulf.  The Iranian investment in Unmanned Aerial Vehicles (UAVs) is nothing new; that the United States has done little to counter it is the result of strategic neglect and the dismissiveness of successive administrations in the face of a growing Iranian challenge. The Iranian drone program did not materialize overnight; it was one of the earliest in the Middle East and is now more than 35 years old.

Just days after McKenzie’s testimony, the Iranian military unveiled new drone technology to coincide with Iran’s annual Army Day celebration. While much of its new technology focused on new mobile platforms to detect and jam enemy drones, the commander of the Iranian Army’s Self-Sufficiency Jihad Organization” announced both “suicide drones capable of conducting joint operations with 10 aircraft within a radius of 250 miles.” “These are UAV systems which use artificial intelligence, and they have the ability to provide information online, network, and relay information to each other,” Ground Forces Commander Kiumars Heydari added.

McKenzie focused on immediate U.S. concerns in the Persian Gulf, but Iran and its proxies have both used drone swarms in Yemen and probed Israel’s defense with drones. Hamas, meanwhile, has found much greater effectiveness with balloon-dropped incendiary devices than missiles. Combine the two and the face of a new challenge to Israel become clear: Low-flying drone swarms that Iron Dome may have difficulty defeating combined by an economic war of attrition in which relatively small investments in missiles and crude drones could cause Israel to drain its anti-missile defense arsenal and wear down its booming economy.

Every coherent strategy, after all, has a diplomatic, information, military, and economic component. While journalists and government officials focus now on the military aspect of Hamas rockets and Israel’s defense, the reality is the missiles are just the tip of a broader strategy. Iron Dome is an inherently reactive strategy: It activates in response to Hamas (or Hezbollah) aggression. If Israel is going to defend itself against all that Hamas missiles now represent and a growing Iranian drone threat on the horizon, however, it will need to be far more proactive.