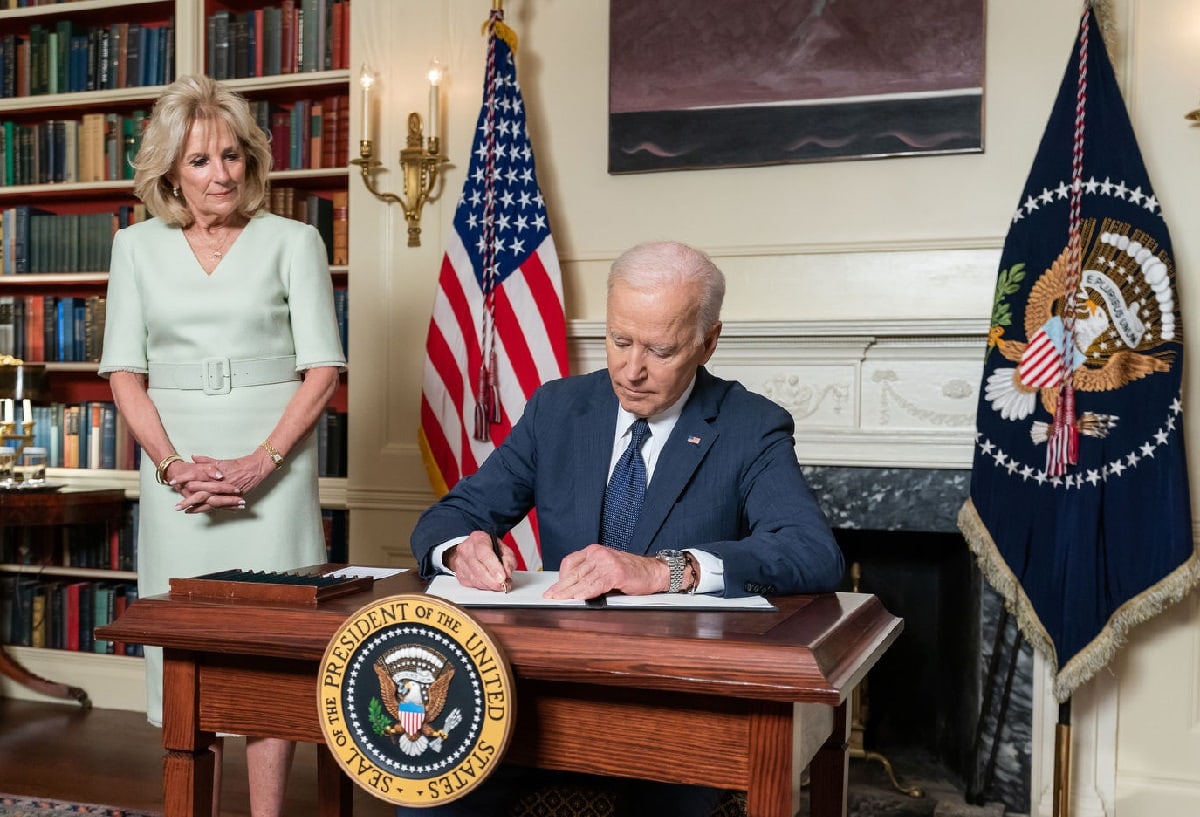 An argument could be made that if President Joe Biden was serious about “gun control,” he’d hold an address and call for all restrictions on the Second Amendment to be lifted. That might actually result in fewer Americans rushing out to buy guns because so far it seems that any time Biden discusses the issue, sales for guns increase.

This isn’t really that unexpected, however.

It was said of former President Barack Obama that he was the best salesman the firearms industry ever had, yet President Biden in his first months in office has pushed an agenda that has resulted in record sales.

The president also called for Congress to take up the issue of gun control, and that included a call for universal background checks, a ban on all online gun sales, limiting the number of guns a person can purchase, and banning semiautomatic rifles that resemble military weapons – so-called “assault weapons.”

The FBI reported recently that it had conducted more than 3.5 million background checks for April, which is up twenty-one percent over last year and was the most checks conducted in a single month since it began keeping records in the late 1990s. The FBI actually had the same number of background checks in just the first four months of 2021 that it had for all of 2011.

Industry trade group the National Shooting Sports Foundation adjusted the raw data and reported that the sales of new firearms have continued to break records.

This has been welcome news not just for the industry but for the shareholders, as two of the largest firearms manufacturers have seen the strongest sales in years if not ever. Smith & Wesson Brands (NASDAQ: SWBI) reported firearms for its fiscal third-quarter doubled to $258 million, the third consecutive quarter to see growth by 100 percent or more; while Sturm, Ruger, and Company (NYSE: Ruger) saw a thirty-nine percent increase in 2020, with a sixty-one percent increase in its fourth quarter.

As the investing website The Motley Fool reported, Ruger also saw its record growth by eliminating most promotional efforts and by raising prices. Net profits at Ruger nearly tripled last year to over $90 million, the highest level it has recorded since 2013. Clearly, promotions aren’t needed if President Biden keeps making speeches, while consumers are also more than ready to pay more to buy firearms that could soon be banned.

None of this should actually be surprising, rather it should prove to Biden – as well as Democratic lawmakers – that there is still a segment of the population that supports the Second Amendment. It isn’t criminals who are rushing out to legally buy guns while they can. The criminals won’t care if such laws are enacted, but clearly, there are those who do care across the entire country that Biden promised to unify.