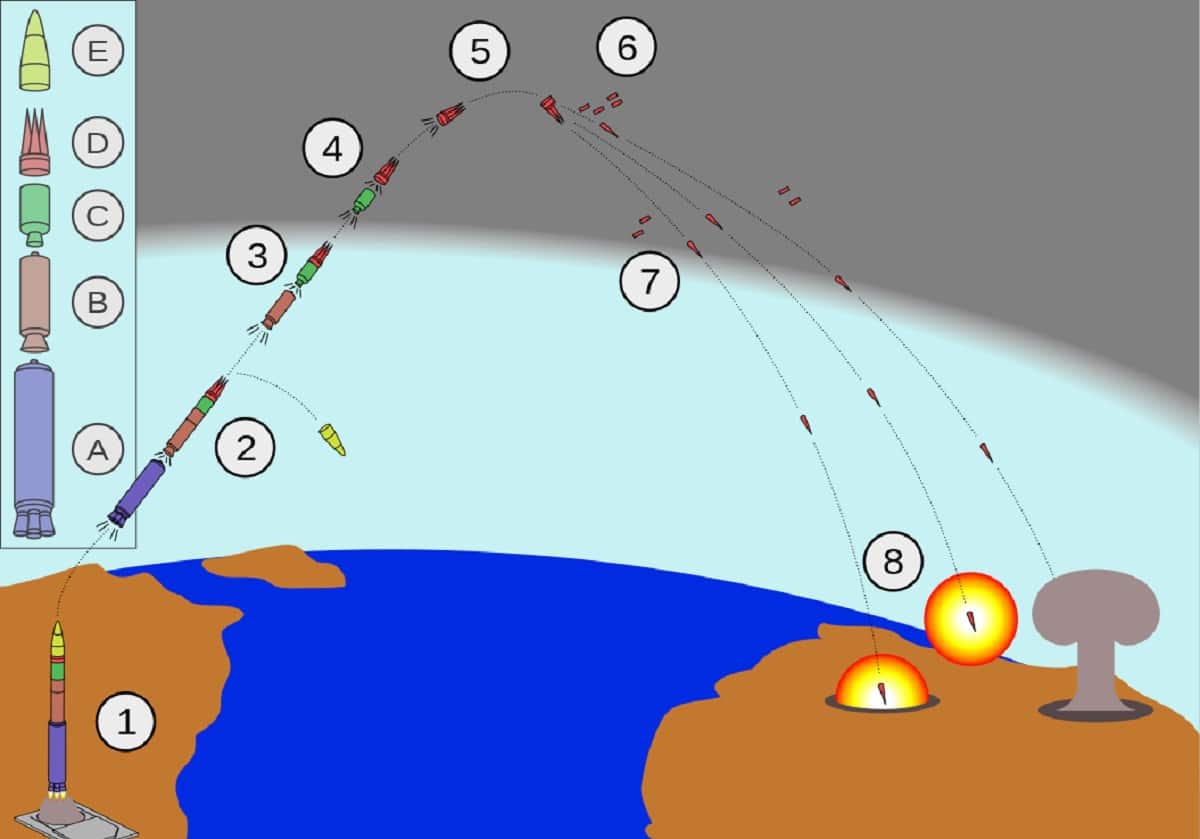 Diagram depicting the different stages of a Minuteman III missile path from launch to detonation, as well as the different basic stages of the missile themselves. Based on information in TRW Systems. (2001) Minuteman Weapon System History and Description.

The launch was scheduled for sometime between 12:15 a.m. and 6:15 a.m. Pacific Time on Wednesday morning at Vandenberg Air Force Base in California, but it “experienced a ground abort prior to launch,” the Air Force said.

The service did not go into detail on the specifics, only noting in its brief statement that “the cause of the ground abort is currently under investigation” and that Global Strike Command is “assessing the potential to reschedule the launch.”

The US military’s roughly 400 silo-based LGM-30G Minuteman III ICBMs are the land-based leg of the US nuclear triad, which also includes nuclear-capable bombers and nuclear-armed ballistic missile submarines.

The Air Force conducts regular test launches to ensure that weapons, respective launch systems, and related personnel remain reliable should the US find itself in a nuclear crisis.

Problems during the testing are rare, but they do happen. In 2018, for example, the US military was forced to terminate an unarmed ICBM in flight after an anomaly created an “unsafe flight condition.”

The latest issue, whatever it may be, comes amid a debate over efforts to modernize America’s ICBM force, an expensive endeavor that has received some pushback from progressive politicians and arms control advocates.

The US military, in partnership with major defense contractor Northrop Grumman, aims to replace the existing intercontinental ballistic missiles with new ICBMs under the Ground-Based Strategic Defense (GBSD) program, which could have a total cost of several hundred billion dollars.

Minuteman ICBMs have been in service since the early 1960s, and US military leaders argue that without modernization, the US runs the risk of its missiles eventually not working at all.

Adm. Charles Richard, who currently leads US Strategic Command, told lawmakers in April that he “cannot deter with the leftovers of the Cold War forever,” arguing that the ICBM force is past the point of upgrade and needs to be replaced.

Given the lack of clarity surrounding the unexpected abort of Wednesday’s test launch, it is unclear what impact, if any, this could have on the ongoing debate surrounding nuclear modernization efforts and the future of the ICBM force.