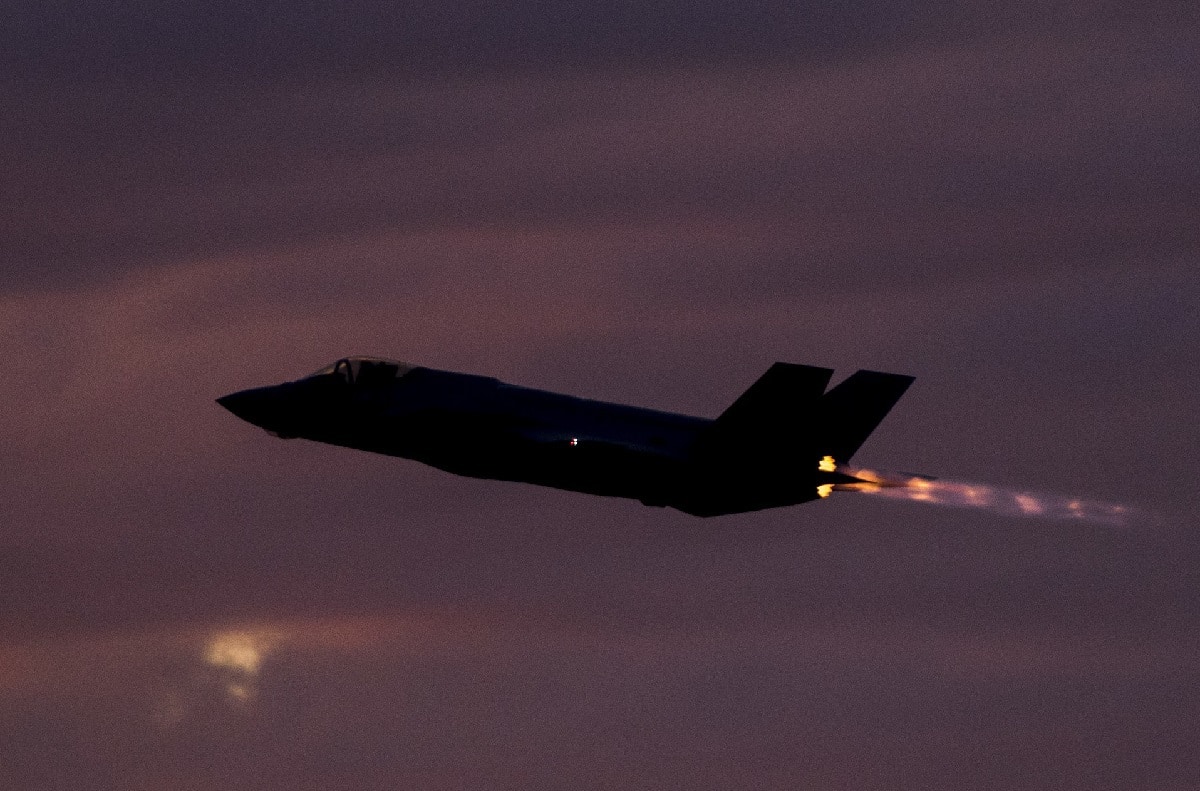 The concept of a “night fighter” may sound straightforward: a combat aircraft that can fly at night. For anyone who has regularly traveled on a commercial airliner likely has flown at night.

However, military aircraft have been adapted to operate at night and in other situations with bad visibility.

The concept has evolved greatly since the Second World War, and today most modern fighters can take to the skies after the sun goes down, but even experienced fighter jockeys flying at night requires special training to hone their skills.

That is why despite all the advanced technology in the Lockheed Martin F-35 Lightning II it is still a big deal for pilots to fly in the dark.

This month Hill Air Force Base (AFB), Utah will be conducting night flying exercises on most weekdays through the middle of the month.

The United States Air Force announced that both active duty 388th and reserve 419th fighter wings will be out most weekdays and that F-35 night flying might be heard between 10 p.m. and 11:30 p.m., but also noted that times could change based on the weather, as well as airspace availability at the Utah Test and Training Range. The pilots will engage in late evening flights in order to maintain their readiness to fly at a moment’s notice in any weather condition.

F-35 pilots operating from Hill AFB conducted similar nighttime operations earlier this year beginning in January, and then again in February and continued through mid-April.

“Hill’s fighter wings must train at night to maintain their combat readiness and all-weather capabilities. Night flying is limited to what is required for pilots to remain proficient in those skills,” a 388th Wing spokesman said in a statement, reported by local news outlet KSL.com.

“Over the past two years, all three of the wing’s fighter squadrons have deployed in support of combat operations in the Middle East and remain ready when they are called upon,” the 388th Wing spokesman added.

In recent years all three of Hill AFB fighter units have supported combat operations in the Middle East.

During the nighttime training missions, the Hill pilots will limit flying over densely populated areas, schools, churches and other public buildings. F-35s climb to assigned altitudes as quickly as possible to mitigate noise.

However, residents who live near the base won’t likely be able to see the F-35s soaring overhead, but may still hear a few sonic booms as the fifth-generation stealth fighters fly around the Utah Test Range. As sound can travel further at nighttime residents fifty and even sixty miles away may hear the sonic booms.

Hill AFB’s 388th and 419th fighter wings make up the Air Force’s first, and for now, only combat-capable F-35 unit.