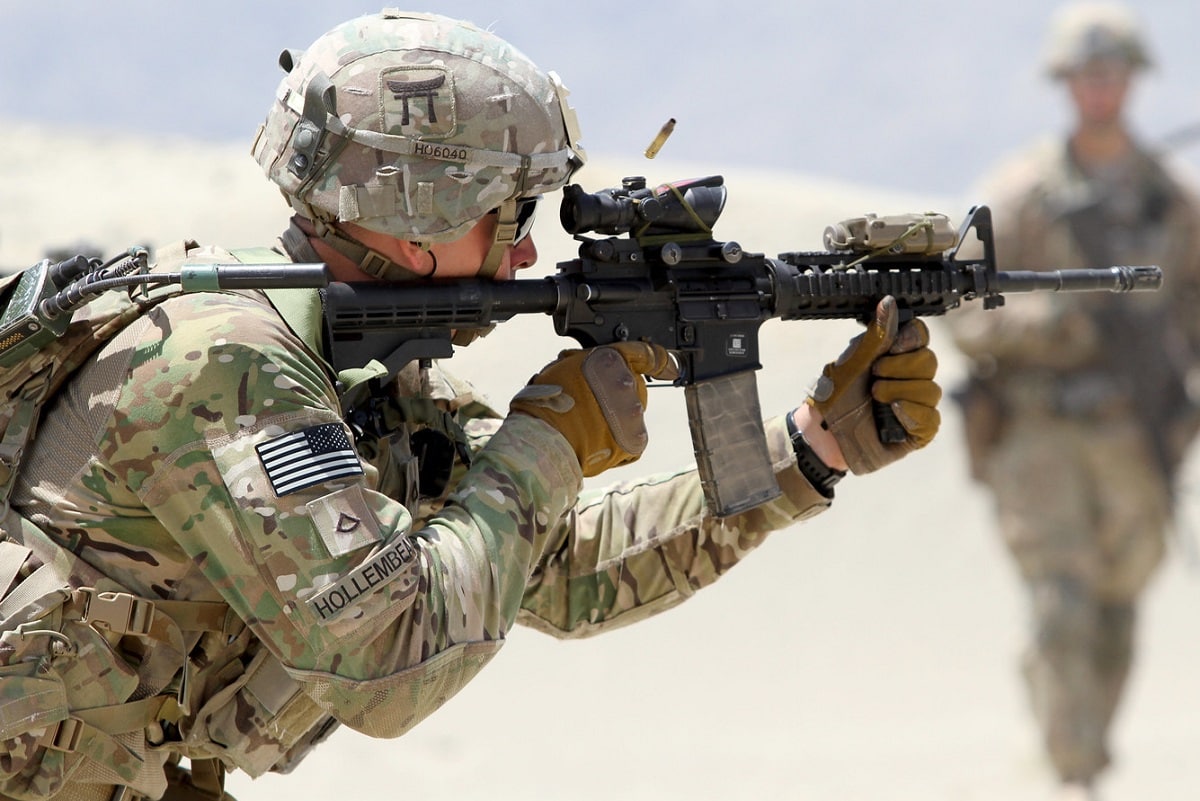 In 1989, the Soviet Union withdrew the Red Army from Afghanistan across the Friendship Bridge back into the Soviet Union. That was not the end of Moscow’s engagement with Kabul, however. While President George H.W. Bush spoke of a ‘peace dividend’ and Congress scrambled to shift money to domestic projects, the Soviet Union also had a dividend: The Kremlin directed equipment withdrawn from East Germany, Poland, and Czechoslovakia to Afghanistan where the communist leader Najibullah used it to prop up his regime. When the money dried up, Najibullah fell, seeking refuge at the UN compound in Kabul.

The years that followed were chaotic. As Peter Tomsen, a former U.S. envoy for Afghanistan chronicled in his masterful The Wars of Afghanistan, civil war raged, often with ethnic warlords creating little fiefdoms across Afghanistan. It was in one of these warlord-controlled regions I first visited in Afghanistan. In 1997, I crossed the Friendship Bridge from Uzbekistan and visited Mazar-i-Sharif, the center of Abdul Rashid Dostum’s fiefdom. Dostum was an ethnic Uzbek and received support from both Uzbekistan and Turkey. The trip was not smooth: While I was there, General Abdul Malik Pahlawan defected to the Taliban, giving their forces free passage into Mazar-i-Sharif.

So it went across Afghanistan. Iran backed Ismail Khan in western Afghanistan. Pakistan supported the first Pashtun psychopath Gulbuddin Hekmatyar and subsequently the Taliban. Turkmenistan and Tajikistan had their proxies as well. Each served as both a buffer and a mechanism to advance the interests of their patron. Then, as now, the international community sought to encourage a broad-based comprehensive government. Indeed, Taliban negotiators pledged their commitment to the diplomatic process up to the day where they attacked Kabul, rampaged through the UN compound, dragged Najibullah through the streets and then hanged him.

The Biden administration says that it will remain committed to Afghanistan even as it withdrawals U.S. forces from the country. At the same time, diplomats continue their efforts to advance the peace process. Recent Taliban military advances suggest that the group remains more committed to military conquest than diplomacy, however. Despite the insistence of Special Envoy Zalmay Khalilzad to the contrary, there is no evidence that the Taliban have changed since they first terrorized the country a quarter-century ago.

Now, it appears that neighboring countries are preparing their post-U.S. strategies. Islamabad, of course, will continue to back the Taliban because of Pakistan’s basic lack of self-confidence in the idea that its citizens put nationality above ethnicity. Turkey and Uzbekistan remain close to Dostum (and Turkish President Recep Tayyip Erdoğan has historic ties to Hekmatyar). Now, Resalat, a newspaper closely associated with Iran’s intelligence ministry, is openly calling for the creation of an Afghan version of Hezbollah. In a sense, the White House decision about Afghanistan will determine whether Afghanistan remains part of an “alliance of democracy” in the Middle East, or whether it or the western provinces it might dominate will join the “axis of resistance” as Supreme Leader Ali Khamenei calls the Islamic Republic’s proxies. Just as Hezbollah destabilizes Lebanon and acts as a mercenary force among Lebanon’s neighbors, so too will an Afghan Hezbollah spread its tentacles far and wide.

Kabul will resist. Residents are preparing for a new national resistance against the Taliban and will act against Iranian proxies which seek to suffocate Afghanistan’s traditional religious tolerance and are just as misogynistic as the groups Pakistan supports. It will be a difficult struggle for, as the bombing of the girls’ school last week demonstrates, the Taliban do not care whom they target. Nor are American commitments today worth what they were decades ago when foreign policy was bipartisan.

In effect, Afghanistan is returning to the 1990s, only with a proxy war perhaps more brutal and more widespread. President Joe Biden, National Security Advisor Jake Sullivan, and Secretary of State Tony Blinken may believe their own spin, but no one in Afghanistan or its neighbors do.