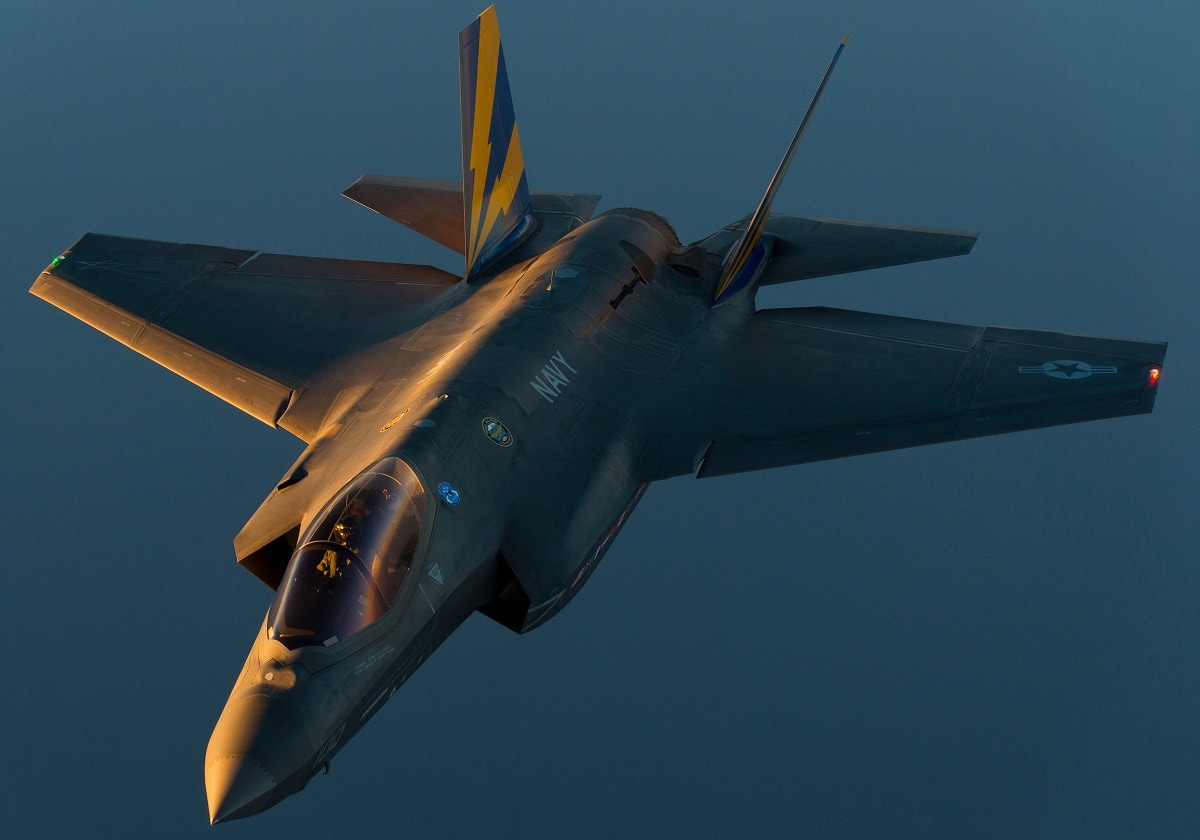 Perhaps no where in the world are geopolitical tensions higher today than the Taiwan Strait.

In the past year, China has toughened its rhetoric toward the self-governing island, which Beijing considers a breakaway province.

Chinese forces have conducted a number of live-fire drills that appear directed at Taiwan, and Chinese military flights across the median line in the Taiwan Strait and into Taipei’s air-defense identification zone have hit record levels.

The US has sailed warships through the strait at least five times since President Joe Biden took office in January, drawing protests from Beijing. Japan, alongside the US, has expressed support for Taiwan, and Australia is reportedly considering how to help if there is an invasion.

Much of the focus has been on military preparations for deterring or fighting off a Chinese invasion. While essential, that focus misses an important threat short of a full-scale invasion: a blockade.

While it’s not known what an invasion of Taiwan could look like, such an action would almost certainly be extremely difficult and costly for all involved. Whether China actually has the capability to invade is also heavily debated.

Taiwan’s Ministry of Defense concluded last year that China was not yet able to launch a full-scale invasion. The Pentagon’s most recent report on the Chinese military said such an invasion “would likely strain China’s armed forces” and create “a significant political and military risk” for Beijing.

But both reports acknowledge that China is capable of blockading Taiwan. This blockade, identified by the Pentagon as the “Joint Blockade Campaign,” would cut off Taiwan’s air and naval traffic and its information networks.

“Such a blockade could be the main effort, eschewing an attempted landing altogether, or it could be part of a larger invasion campaign,” Lonnie Henley, a retired US intelligence officer who twice served as Defense Intelligence Officer for East Asia, told the US-China Economic and Security Review Commission in February.

The Joint Blockade Campaign could also include “large-scale missile strikes and possible seizures of Taiwan’s offshore islands,” like the Pratas Islands in the South China Sea, according to the Pentagon.

Invasions of Taiwan’s Kinmen and Matsu islands, both populated, are also “within China’s capabilities,” the Pentagon said.

The effects of a blockade could be disastrous, in large part because no one knows how long Taiwan could hold out.

There have been no studies on how quickly Taiwan would consume critical materials in a crisis, or on the current status and survivability of peacetime stockpiles, or of the potential for relief convoys, according to Henley, who also served as senior China analyst at the Defense Intelligence Agency.

“There is no assessment of what must get through a blockade to keep Taiwan alive, what types of materiel in what quantities, or what Taiwan’s domestic production of food, water, supplies, and equipment might be under wartime conditions,” Henley told the commission.

Cut off from the world, Taiwan could quickly run out of both military and non-military necessities.

Breaking such a blockade would also be extremely difficult. China has the largest navy in the world, mostly composed of modern ships with advanced weapons and sensors, according to the Pentagon.

China’s navy and air force have the largest aviation forces in the region, with some 850 fighters, bombers, and attack aircraft in China’s Eastern and Southern Theaters alone. China’s air force is “rapidly catching up to Western air forces,” the Pentagon says.

In addition to its surface fleet and aircraft, China can field some 60 submarines, and Pentagon maps even show Taiwan is completely covered by China’s anti-air and anti-ship missiles.

Previous conflicts — such as the Falklands War, which China has studied extensively — illustrate the difficultly of maritime resupply against even modest resistance.

Even if a full-scale invasion were defeated, the blockade problem would remain.

“China could continue the blockade operation indefinitely even with the severely diminished force that remained after a failed landing and months of air and naval attrition,” Henley said. “US forces could probably push through a trickle of relief supplies, but not much more.”

A blockade without an invasion is a distinct possibility, and it’s uncertain how the world would react to a blockade-only scenario.

The now-defunct mutual defense treaty between Taiwan and the US didn’t include Taiwan’s outlying islands, and no one is sure who would help Taiwan in an invasion let alone a blockade.

Experts say Taiwan and the US have to make either scenario too costly for China. While some efforts to do that, like modernizing equipment and preparing alliances (official or otherwise), may take years, some can be started relatively quickly.

“The best way to deter a potential Chinese attack on Taiwan is to prepare for it, and to make it clear to Beijing and specifically Xi Jinping that it would be really dangerous to do it,” Ian Easton, the senior director at the Project 2049 Institute, told Insider.

For Taiwan, a priority would be effective stockpiling of everything from food and water to military equipment. Especially important is increasing its missile arsenal, which is actually quite advanced and capable. US-made missiles could address the gaps that Taiwan’s domestic manufacturing can’t fill.

Another priority is maintaining a large and effective reserve force. On paper, Taiwan has some 2 million personnel in its reserve system, but only about 770,000 of them can be considered fresh, and they train as little as five to seven days every two years.

Taiwan plans to increase that training to at least two weeks every year by 2024 and is currently implementing a trial run of those changes, but the trial run only involves 3,000 reservists.

“They should have significant advantages — and they do — and one of them should be having a very large, well-trained, ready to be mobilized reserve force,” Easton said. “That would give them a tremendous advantage in the event of an attack, and today it’s not there.”

As Taiwan’s closest partner, the US can also do things in the short-term to help preparations and deterrence.

While the US does occasionally send small military teams and high-ranking officers to Taiwan, it does not send its highest-ranking military officials — the ones who would be in command of US forces in the region and make the critical decisions during a crisis.

“These are the types of people who one day quite soon could be on the phone with the president of the United States, and they’re going to have to give military advice on a situation they’re going to not understand very well because they’ve never even been to the country that they’re talking about,” said Easton, author of “The Chinese Invasion Threat: Taiwan’s Defense and American Strategy in Asia.”

The US could send officials responsible for the region to Taiwan to better understand realities on the ground and to send a clearer message of support. It could also include Taiwan in large-scale military exercises like the biennial Rim of the Pacific exercise.

The US could also re-establish a Military Assistance Advisory Group on the island, which would consist of military advisors as trainers and liaisons, helping ensure the Taiwanese and US militaries can integrate efficiently.

But those moves also come with significant risk. China regularly protests US interactions with Taiwan, which Beijing sees as violations of the US’s so-called One China policy, which is meant to balance Washington’s formal recognition of Beijing and its close relationship with Taipei.

Moves to better prepare Taiwan to defend itself against China are also likely to anger Beijing, which may see them as the US ending its “strategic ambiguity” about whether it would defend Taiwan — a change that US officials warn could make Beijing feel it has to act.

This story was originally published by Insider.