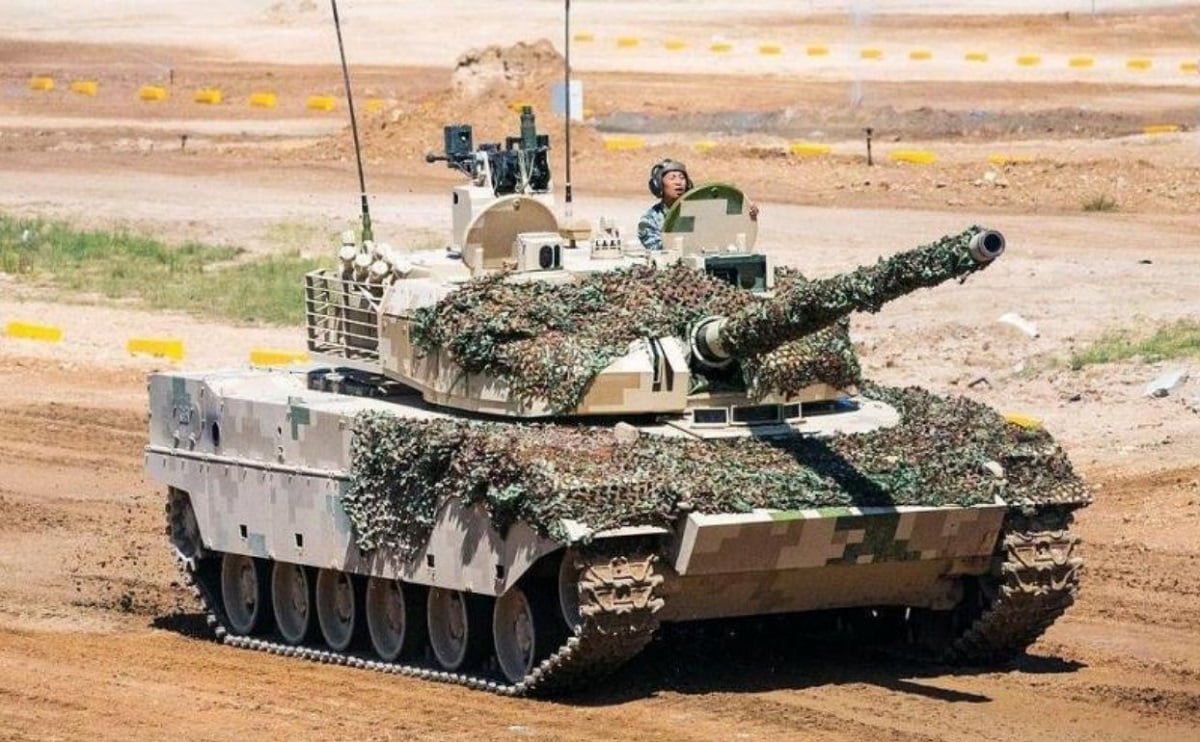 During its protracted standoff with India in the Ladakh Valley that began a year ago, the People’s Liberation Army‘s (PLA’s) new Type 15 light tank was seen to be ideally suited to the cold, high-altitude mountainous region.

Type 15 Light Tank: What We Know

Weighing in at around 35 tons, the tank is about half the size of the American M1 Abrams, and it is armed with a smaller 105mm main gun. However, the Type 15, which has a crew of three, features a robust armor package as well as the CRBN (Chemical, biological, radiological, and nuclear) protection typically found in larger tanks. It is able to produce its own oxygen, which was seen as critical in the high-altitudes, but it also features advanced weapons and fire control systems that include a ballistic computer, laser rangefinder and thermal sights for the gunner.

Moreover, its main gun shouldn’t be dismissed as a “pea shooter” by any means.

The main gun has a range of 3,000 meters and can fire a variety of ordnance including armor-piercing, high-explosive anti-tank (HEAT), and high explosive rounds, as well as being able to launch guided missiles with a tandem warhead out to a range of 5km. The 105mm rifled main gun also utilizes an auto-loader.

More Than a Mountain Tank

The Type 15 light tank was first fielded by 123rd Combined Arms Brigade in the Southern Theater Command and was assigned to an unidentified Xinjiang unit earlier this year in Tibet. The tank is the newest entry in the People’s Liberation Army (PLA) arsenal, and it made its public debut during the National Day military parade in Beijing in October 2019.

Developed to operate in challenging conditions and environments where main battle tanks (MBT) generally cannot, the Type 15 can tackle terrain in plateau regions and the high mountain deserts, but also forests, urban areas, and notably beaches and water net-intensive areas. As a result of its capabilities, the tank could now see service with the People’s Liberation Army Navy Marines Corps (PLANMC).

According to reports from Chinese state media, the tank also excels at amphibious landing and fast reaction tasks, while a brigade affiliated with the PLANMC have begun to receive the tank for testing. Whereas the United States Marine Corps has retired its tanks, the restricting of the PLANMC – which begin in 2017 – has seen the unit adopt additional armored vehicles, including a wheeled 8×8 armored personnel carrier.

The Type 15 can be transported to a landing zone via ships, and during an amphibious assault could provide strong fire support and cover for the infantry. Additionally, because of its compact size, two Type 15s could be carried aboard the Y-20 large transport of the People’s Liberation Army Air Force (PLAAF) for long-range transport operations.