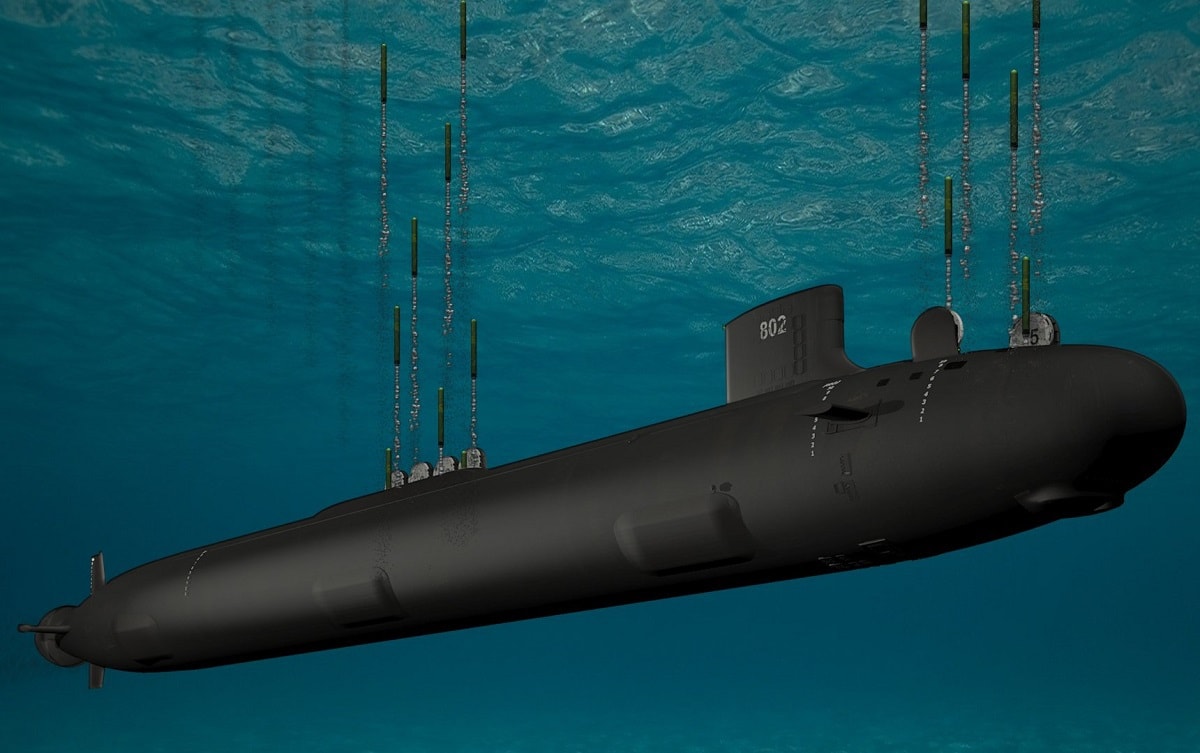 There was a time a few years ago, however brief, that some of us Asia-defense nerds had an unorthodox idea to tip the military balance in Asia. Quite a few people thought it was crazy and highly unlikely, but an idea nonetheless worth considering.

It went a little something like this: in order to lessen the impact of China’s massive naval build-up and negate the lethality of Beijing’s growing anti-access/area-denial (A2/AD) battle networks in the Pacific, Washington could sell or lease what many would call its most sophisticated weapons platform, nuclear-powered attack submarines. Specifically, the mighty Virginia-Class attack sub.

The idea still pops up now and again to this day. In fact, I was very keen on the suggestion and still am. For example, why not sell such subs to Australia? Canberra would be provided with the best submarines the world has to offer at a price, that while more expensive than a conventional sub, would provide longer range and capability considering the large expanses Australia’s submarines would need to to patrol.

Such submarines would be far more capable than the ones now in line to replace the troublesome Collins-class boats while providing strategic depth that could prove useful if Beijing were ever to push any of its claims in East Asia too far.

When I put the question to Ross Babbage, one of Australia’s best defense experts several years ago, he had some interesting thoughts—and even made the case for another nation to provide such attack subs:

“I remain strongly of the view that the best submarines for Australia for the coming 40 years would be 10-12 leased or bought Virginia or Astute class boats. The Virginia class boats, in particular, are well sorted and reliable, they have low risk, they have known costs, they never need to be refueled and they could be acquired with associated training programs and system upgrade pathways. . . .

“However, all other things being equal, if the U.S. government were open to the idea, it would seem more sensible for Australia to opt for the Virginia Class. Australian boats of this class would be operating in very close cooperation with U.S. boats in Pacific and Indian Ocean waters. There are likely to be substantial advantages flowing to both countries from joint basing, logistic support, training and many other aspects.

“It’s also worth noting that the U.S. Navy has advised Congress that it expects to be operating a global total of 39 SSNs in 2030. In a Western Pacific crisis in that timeframe it might have 30 to 31 SSNs available for operations, and it may be able to deploy some 20 to 24 into the primary operational theatre. Should the US be able to rely on 8 to 10 Australian SSN’s operating in very close cooperation with the U.S. boats, this could equate to a 30 percent to 40 percent combat supplement. This type of consideration should make the general idea attractive both to Washington and Honolulu.”

However, such nuclear-powered boats are very expensive. So, I asked Babbage about another option–the purchase of older Los Angeles-class attack subs from Washington? He responded:

“While an interesting suggestion, I don’t think that this is a good idea for Australia. If our politicians decide to take the major step of leasing or acquiring nuclear powered submarines from either the U.S. or U.K. (or conceivably from France), the Australian Navy would be keen to integrate training as far as was reasonably feasible with the host navy at an early stage. The Australian Navy would likely insist on training and certification standards that were at least as stringent as those employed by the U.S. Navy and Australian Navy. This training and skill development would most appropriately center around the class of boat that Australia intends to operate for the following 30 to 40 years. If the Australian Navy were to acquire or lease Virginia Class boats, it would make greatest sense for nearly all training to be directed towards that class.”

Babbage continued, noting that there could be another path for the older subs to join the effort:

“ . . . there might be a case for the Australian Navy and U.S. Navy to jointly operate one or two late model 688 Los Angeles Class boats for a few years in the early stages of an Australian SSN program. This type of special arrangement might be designed both to build key Australian Navy skills and qualifications and to keep valuable U.S. SSNs operating a few years longer than their currently planned date of decommissioning. This approach may be worth considering if all other key issues concerning an Australian SSN force and fleet cooperation were agreed by the respective governments.”

Other noted defense experts down under felt the acquisition of nuclear subs could work. Simon Cowan, a Research Fellow at the Centre for Independent Studies and author of the report “The Future Submarine Project Should Raise Periscope For Another Look”, had his own thoughts when it came to the issue, making some compelling points in a piece also featured in The Diplomat when it come to leasing the boats:

“Leasing the Virginia Class submarines together with training, upgrades, sustainment and disposal of spent nuclear material would limit the risks and challenges of establishing a nuclear submarine program.

“It would cost less too at about $20 billion upfront, plus $4 billion to $6 billion for facilities and setup costs…Three-quarters of a billion dollars a year in operational savings might be achieved as well – a Collins Class submarine costs Australia a lot more to run than a Virginia Class submarine costs the United States.

“While nuclear safety is an important consideration, U.S. nuclear-powered submarines have a perfect safety record, having travelled more than 240 million kilometres without a single reactor incident and visited Australian bases since 1960 without any problems. Moreover, submarine reactors are a fraction of the size of a nuclear power plant and much less dangerous.

“Critics cite reliance on foreign support as a reason why Australia shouldn’t operate nuclear-powered submarines. These concerns are spurious. In reality, Australia already relies heavily for the development and sustainment of its platforms on foreign defense forces and foreign defense companies, and their Australian subsidiaries.”

I still believe that the best option for Canberra is a nuclear-powered submarine. Anything else, shall we say, is sub-optimal.

Harry Kazianis is a Senior Director at the Center for the National Interest.