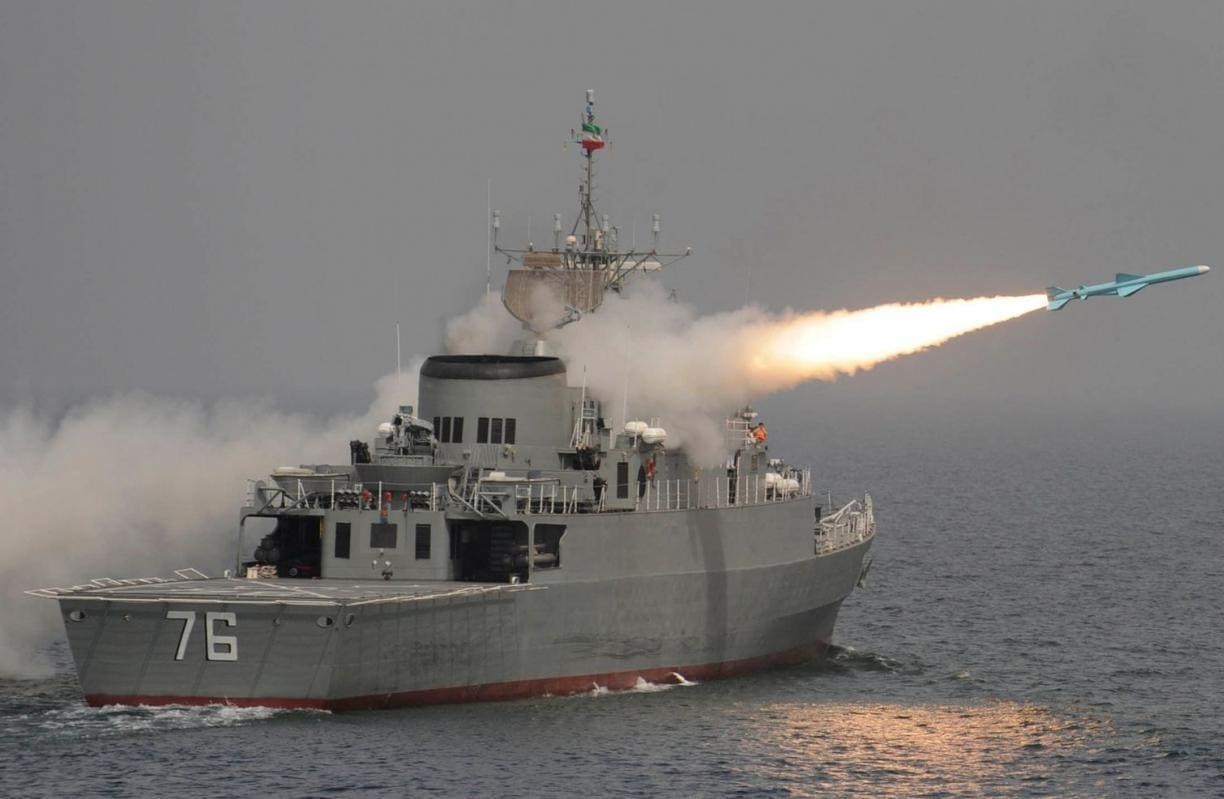 Two Iranian Navy vessels that were originally believed to be heading towards Venezuela changed course earlier this week and were steaming north up the west coast of Africa. The U.S. government had alleged that the vessels had been preparing to conduct an arms transfer to the South American nation.

Last week U.S. Secretary of Defense Lloyd Austin had told lawmakers he was “concerned” that the ships were carrying weapons bound for Venezuela, while satellite images of the Iranian vessels showed at least fast attack boats on the deck. Those small craft could be armed with a variety of weapons including small arms, anti-ship missiles, and even torpedoes, and that could give the Venezuelan Navy the ability to conduct swarming operations against rival military or even commercial shipping in the Caribbean Sea.

“I am absolutely concerned about the proliferation of weapons, any type of weapons, in our neighborhood,” Secretary of State Lloyd Austin told members of the Senate Armed Service Committee earlier this month.

It isn’t clear if the ships changed course based on U.S. protests, but according to a report from Politico, Washington’s diplomatic campaign to urge governments in the Western Hemisphere to turn away the ships was apparently successful. The Iranian frigate Sahand and afloat staging base Makran have now charted a new course after Biden administration officials publicly and privately urged the governments of Venezuela, Cuba and other countries in the region not to allow them to dock.

It is now likely they could be headed to the Mediterranean and potentially Syria; or northward to Russia.

TankerTrackers.com posted to social media that it was believed the warships could be headed to Syria to take part in military exercises with Russia. The vessel’s progress has been slow going and weren’t expected to reach Gibraltar until at least July 4.

Regardless of where the ships eventually end up, it would be a notable voyage for Tehran. Iran’s deputy army chief Admiral Habibollah Sayyari previously described the progress on state TV as the Iranian Navy’s longest and most challenging voyage yet.

“The Navy is improving its seafaring capacity and proving its long-term durability in unfavorable seas and the Atlantic’s unfavorable weather conditions,” Sayyari stated and added that the warships would not call at any country’s port during the mission.

This is not the first time that Iran has been suspected of attempting to conduct an arms sale to Venezuela, and last year Tehran was accused of selling long-range missile missiles – in violation of U.S. sanctions. It has also been reported that the cash-strapped government in Caracas has already paid for this current cargo, so whether the Islamic Republic will issue a refund is the outstanding question of the day.