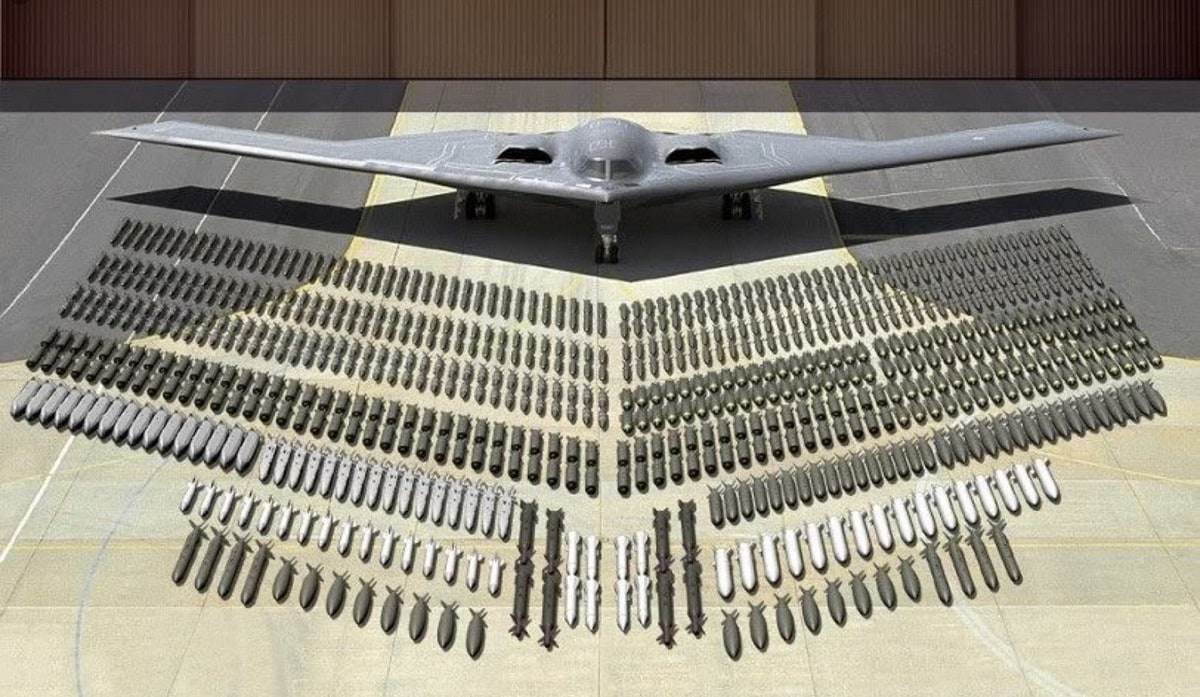 The Air Force’s latest stealth bomber, the B-21 Raider, is ready to undergo initial, pre-flight ground testing, ultimately leading up to a projected maiden flight sometime in 2022, with initial deliveries to the Air Force slated for the mid-2020s.

B-21 Raider: What Little We Know

Little is know about the highly secretive, incredibly advanced B-21 stealth bomber, though details gleaned from online sources as well as the Air Force’s own publications have shed some light on what could prove to be the stealthiest airplane ever built.

Earlier this year, an Air Force publication revealed that the flying branch had designed a prototype Environmental Protection Shelter — essentially a mobile air hanger — with which to service the bomber. The shelter structure, designed to for use on austere and remote battlefields far away from Air Force bases, lead to extrapolations on the bomber’s size which in turn could be used to surmise some of the airplane’s capabilities.

Interestingly, the B-21 appears to be somewhat smaller than the B-2 Spirit bomber, the Raider’s outwardly similar but less capable predecessor. Though by comparison, the B-21 Raider is estimated to significantly more stealthy.

Furthermore, the B-21’s Environmental Protection Shelter’s more open design suggests that while early stealth aircraft like the B-2 required precise conditions to maintain their stealthy features, the Raider’s stealth covering is less maintenance-intensive. In addition to ease of maintenance, however, the Air Force claims that the Raider’s stealthiness is two generations past the B-2’s.

Currently, the Air Force operates a bomber fleet of mixed vintage: in addition to the very early Cold War-era B-52 strategic bombers, they also fly and maintain B-1 Lancer bombers as well as the aforementioned B-2 stealth bomber. Ultimately, however, the Air Force has stated that once B-21s begin entering service, their B-1s and B-2 will be taken off-line. The Air Force previously indicated that they would like to operate a fleet of 220 bombers, 76 of which would be B-52s.

During a hearing given to a House Armed Services subcommittee, an Air Force official explained that the first two initial B-21s will serve as test airframes, rather than first-of-fleet designs. The knowledge gleaned from ground and flight testing would then be incorporated into production Raiders.

Most recently, the Air Force’s Assistant Secretary of the Air Force Acquisition, Technology & Logistics stated that the first two B-21 Raider airframes had rolled off of Northrop Grumman’s assembly line in California. The Air Force currently believes that Raider ground testing will be conducted sometime early next year, with first flights likely to follow somewhat later in 2022.

“It’s just true that we can’t get the B-21 fast enough,” one Air Force official explained to the same House Armed Services subcommittee, underlining the need for new airframes to replace the venerable but decidedly aged B-1 Lancer bomber. So while they’re not here yet, the Raiders are just around the corner.