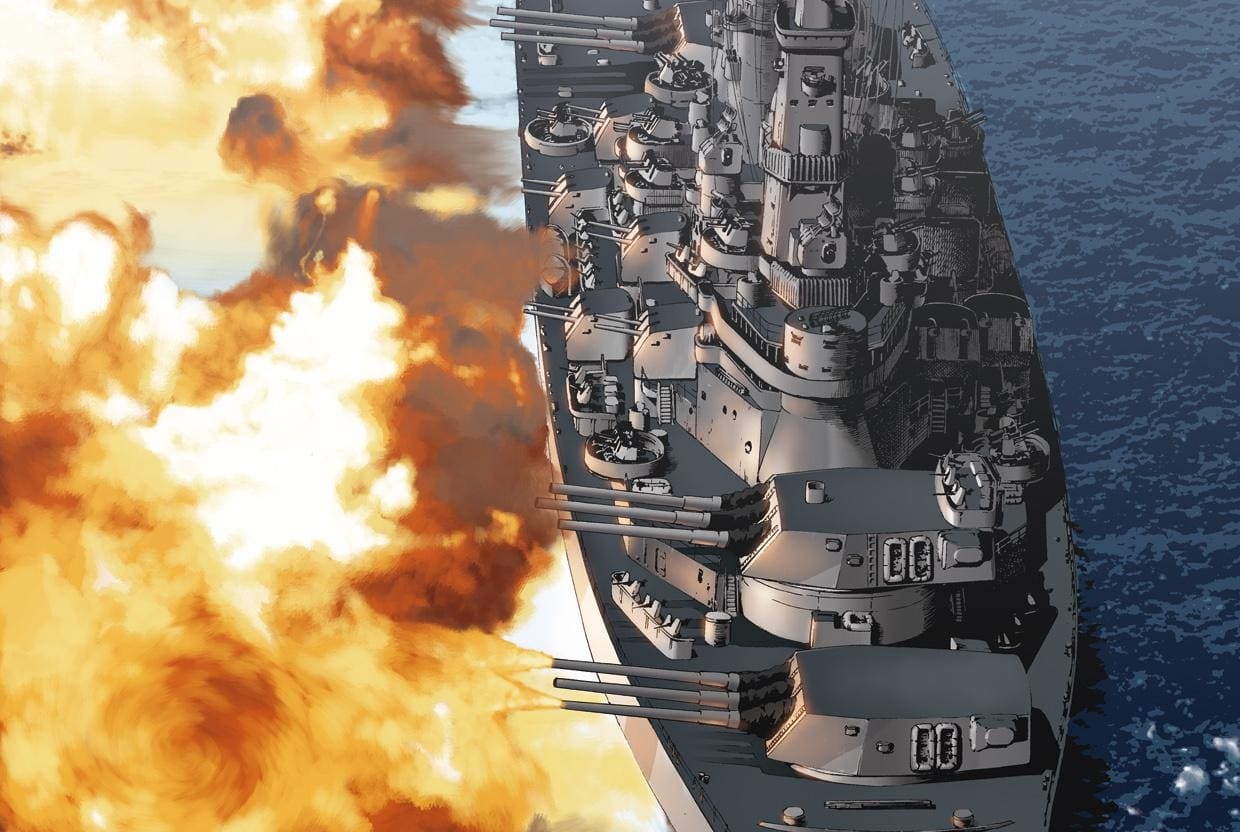 Imagine this fictional showdown: It’s July 2026, and the United States and China are on the brink of war in the South China Sea.

Despite years of negotiations and what amounts to a ‘frozen conflict’ on the water, China, the Philippines and Vietnam are more deadlocked than ever before when it comes to various claims and counterclaims in this hotly contested sea. Tensions are now near the boiling point as Beijing has finally begun reclamation work at Scarborough Shoal, blockaded once again Second Thomas Shoal and placed multiple oil rigs off Vietnam’s Exclusive Economic Zone in response to another loss in the international court of arbitration in the Hague, this time brought by Vietnam.

But that is not all. In this fictional drama, Beijing seems set to not only reinforce its claims but is now ready for military conflict if the region does not collectively backdown. Indeed, Chinese officials have warned their American counterparts that if they were to intervene in any possible kinetic conflict Beijing would have no choice but to attack any and all U.S. assets in the region with “maximum force.” And if the point was not reinforced enough, Beijing tests and sinks a decommissioned destroyer with the much debated DF-21D anti-ship ballistic missile at a range of 1250 kms.

So what is America to do in such a fictional nightmare?

Washington sends two Aircraft Carrier Battle Groups to the South China Sea, one based in Japan and another moving at full speed from the Middle East. But what has China really concerned is not the mighty flattops Washington has at its disposal, but two rebuilt and essentially brand new Iowa-class battleships, armed to the teeth with the latest land-attack tomahawk missiles and long-range anti-ship weapons. Yes, you got that right, America has brought back the battleships–well, at least in this fantasy.

The rationale, repeated to me by multiple naval enthusiasts over the years seems simple: the only way U.S. naval power can sustain its dominance along the Chinese coastline out to the first island chain would be to build some sort of heavily powered and armed to the teeth warships that can dish out out as much firepower as it can take. And the ships they always go back to in their argument: massively overhauled and upgraded Iowa-class battleships–built in the 1940s.

Moving from fiction into the real world, could refurbished and rebuilt battleships become not only the ultimate sea control weapon but, more importantly, withstand the onslaught of Chinese anti-ship weapons fired not from just land, air and sea but also various types of anti-access weapons platforms in general?

Here, the best work that explores such questions–even if answering the question in an indirect fashion–comes from an op-ed by Robert Farley from the University of Kentucky. In an essay titled “Is It Time to Bring Back the Battleships?,” Farley asks important questions related to this topic and addresses the issue in a fact-based manner that few have done. As Farley smartly explains, it seems a modernized battleships could be in for a bumpy ride when it comes to Chinese missile barrages and anti-access assets:

“There remains considerable debate as to how traditional battleship belt (side) armor could resist cruise missiles. Cruise missiles generally have less penetrating power than the largest naval artillery, although they have other advantages. Deck armor proved a more serious problem, and the demands of ensuring survivability from bombs, pop-up cruise missiles, and (more recently) ballistic missiles quickly outpaced the improved lethality of a large, heavily armored ship.  And perhaps most importantly, no one figured out how to eliminate (as opposed to ameliorate) the problem of underwater attack; torpedoes continued to pose a lethal threat to even the most heavily armored of warships.”

However, later in the essay, Farley does seem to offer a little hope in a possible China scenario:

“Big ships still have some lethality advantages. For example, bigger ships can carry larger magazines of missiles, which they can use for both offensive and defensive purposes.  Advances in gun technology (such as the 155mm Advanced Gun System to be mounted on the Zumwalt class destroyer) mean that large naval artillery can strike farther and more accurately than ever before.

But the most important advances may come in survivability.The biggest reason to build big ships may be the promise of electricity generation. The most interesting innovations in naval technology involve sensors, unmanned technology, lasers, and railguns, most of which are power intensive. Larger ships can generate more power, increasing not only their lethality (rail guns, sensors) but also their survivability (anti-missile lasers, defensive sensor technologies, close-defense systems). The missile magazines that large ships can carry allow them to draw together these elements and lethality and survivability better than their smaller counterparts.”

But, then there is that question of money–and all the things such a ship would have to defend against which makes this whole proposition cost prohibitive in the first place:

“What about a true successor to the classic battleship, designed to both deal out and absorb punishment?  Advances in materials design have certainly increased the ability of other military systems (most notably the tank) to survive punishment, and a serious effort to create an armored ship would undoubtedly result in a well-protected vessel. The problem is that passive systems need to protect a ship from a wide range of different attacks, including cruise missiles, torpedoes, ballistic missiles, and long-range guns. Keeping a ship well-protected from these threats, all of which it could anticipate facing in an anti-access/area-denial (A2/AD) situation, would likely prove cost-prohibitive.”

And then there is that ‘sensitivity’ factor to overcome:

“It’s also worth noticing that while the battleships of yore could continue to sail and fight despite heavy damage to their various components, modern warship carry far more sensitive, deeply integrated technology, systems that might react poorly to otherwise-survivable ballistic missile strikes.”

A Battle That Does Not Seem Fated to Happen:

Even if technology provided some solutions to the problems and costs were to drop, it seems the classic battleships like the Iowa-class will stay as museum ships and remain in the past–and thus likely no chance of seeing modernized battleships take on anti-access platforms.

However, if we do stretch our imagination a little, there is some hope for ‘battleships’ in general (like the Zumwalt class ships), as Farley concludes in his essay:

“Big ships with heavy armor are unlikely to solve the A2/AD dilemma.  However, big ships with effective systems of defense components, combined with a large number of extremely lethal offensive systems, can go a long way toward defeating a system of anti-access systems. In this sense, the “battleship” could return, although it will play a role more like a classic monitor (intended to fight against shore-based systems) than a line-of-battle-ship. And these new “battleships” will survive less because of their ability to absorb hits, than to avoid hits altogether.”

As Washington is having a tough time just keeping U.S. forces trained and properly supplied these days, dreams of a return to glory of the old battleship seem fated to stay on the chalkboard. Bummer.