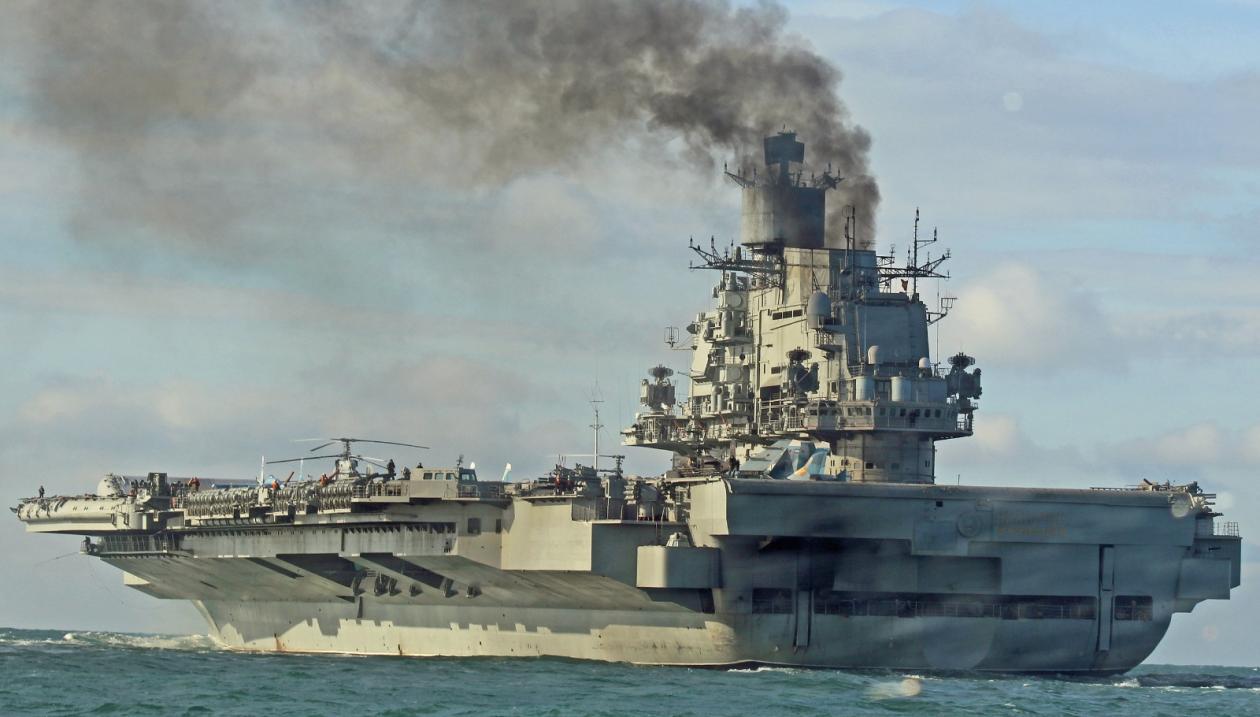 During the Cold War, the Soviet Union had the largest navy in the world but it never built a warship to truly rival the U.S. Navy’s supercarriers. Instead, the Soviet Navy’s flat tops were largely compared unfavorably to those in the west, and throughout its history, the Soviet Union never had a true “Blue Water” capability for deploying aircraft.

As an effort to correct that imbalance in the 1980s, Moscow ordered the construction of a new supercarrier that would be on par with those of its likely adversaries and looked to the canceled Project 1153 Orel (Eagle), which never advanced beyond the blueprint stage. With a displacement of 85,000 tonnes, the Soviet supercarrier would have been larger than the U.S. Navy’s Forrestal-class aircraft carriers, yet still smaller than the contemporary Nimitz-class.

It wasn’t just meant to be a larger carrier. The new warship – which was initially named Kremlin before being renamed Ulyanovsk in honor of the birthplace of Vladimir Lenin – was to represent a major advancement over the Kuznetsov-class, which utilized a ski-jump to launch aircraft.

By contrast, the new Ulyanovsk would have been equipped with two steam catapults that could launch fully-loaded aircraft, but still featured a ski-jump to allow for rapid launching of its fighters. Three hanger elevators, two of which were starboard and one port, would provide access to the lower hangar decks.

The Soviet Navy’s supercarrier was also to feature a nuclear-powered propulsion system that included four KN-3 reactors feeding four steam turbines and driving as many shafts through 280,000 horsepower output. The ship’s maximum speed was estimated to be 30 knots in ideal conditions, and as with the U.S. Navy’s supercarriers, the range was essentially unlimited. The reactors would have a service life of twenty to twenty-five years before the vessel’s required mid-life refueling.

The configuration of the carrier would have been similar to the U.S. Navy’s Nimitz-class, but with the addition of a dozen P-700 “Granit” surface-to-surface and “Buk” surface-to-air missiles systems, as well as eight CADS-N-1 Close-in Weapons Systems (CIWS)  and eight AK-630 rotating anti-aircraft cannons to address incoming aerial threats.

The carrier was officially ordered on June 11, 1986, and her keel was laid down on November 25, 1988, at the shipyard Nikolayev 444 in the Black Sea. The planned launch date was to be sometime in 1995, but the collapse of the Soviet Union ended the program when Ulyanovsk was just twenty percent completed. 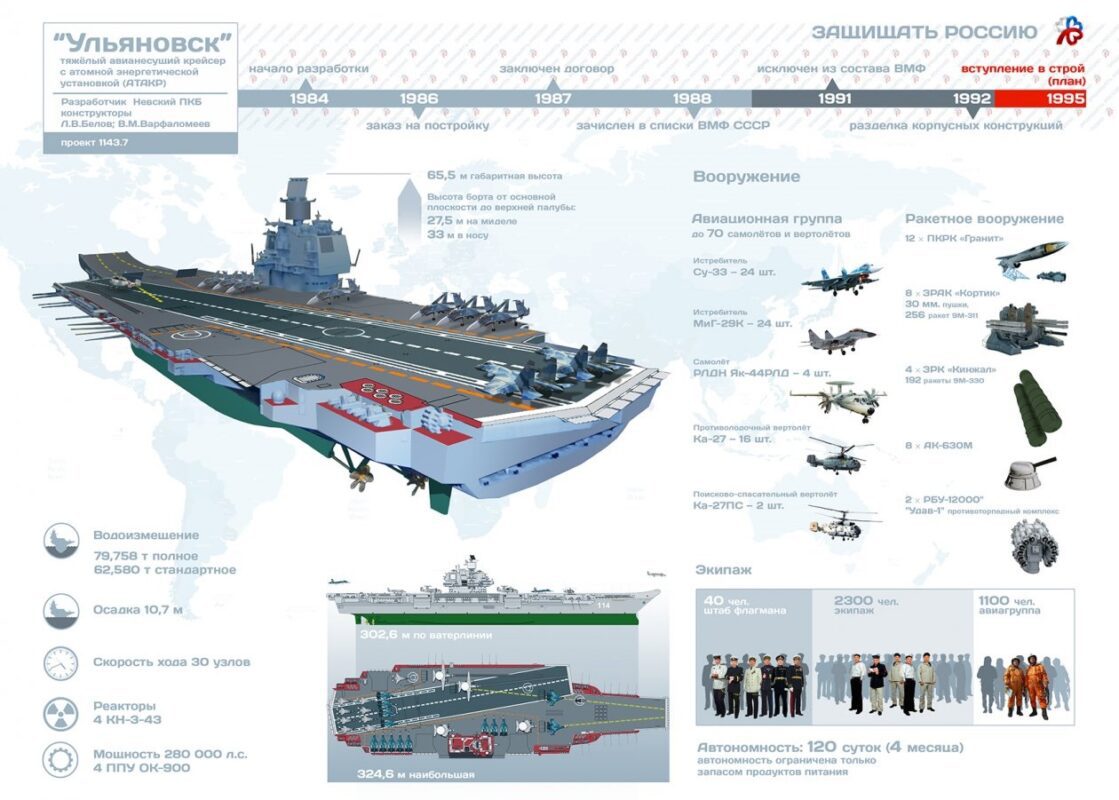 In the final days of the Soviet era, there was a lack of funding, material, and notably political support to continue the construction. Even before the official dissolution of the Soviet Union, construction was halted and the vessel’s name struck from the naval register. The remains of the warship were sold for scrapping in 1992 – finally ending the Soviet Navy’s only attempt to build a supercarrier.