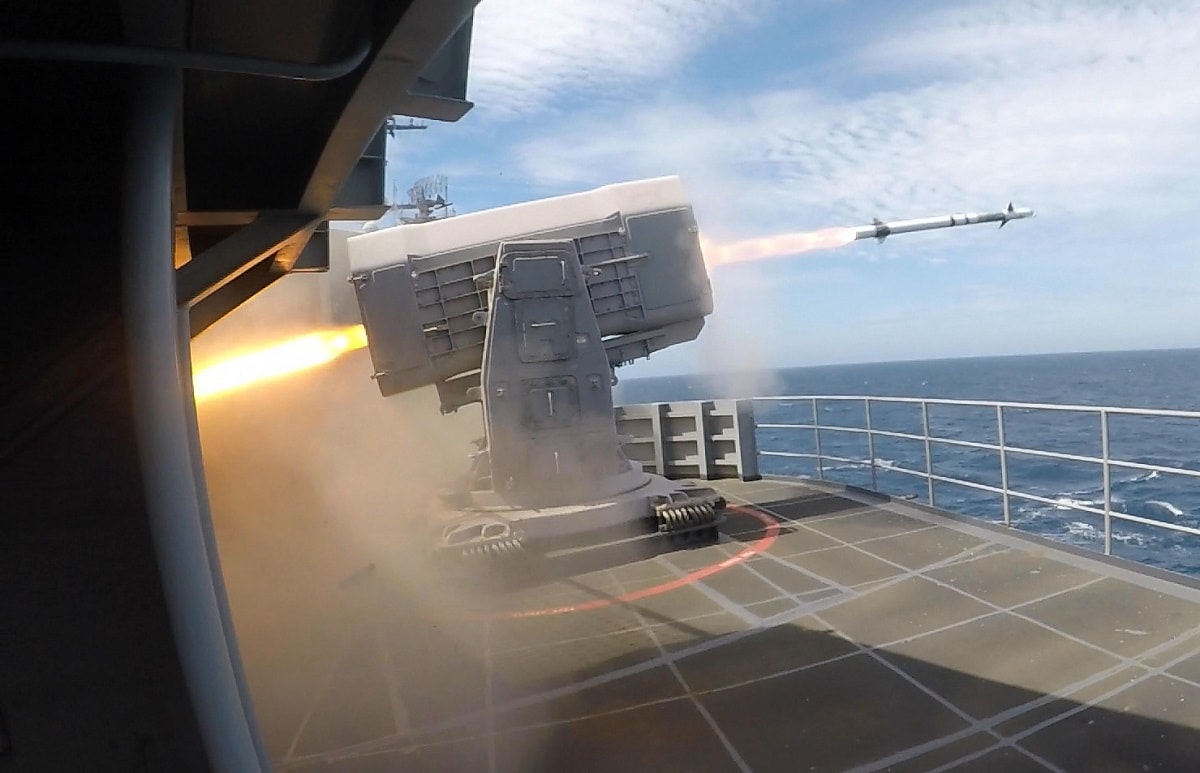 Last year, the People’s Liberation Army Navy (PLAN) surpassed the United States Navy in the overall number of warships, and while the U.S. may still maintain an edge with larger vessels – notably carriers – China also now leads the world in terms of shipbuilding capacity. At the same time, China has continued to expand its sphere of influence well into the waters of the South China Sea, setting up a potential showdown with its regional rivals.

Beijing has also emboldened the Chinese People’s Armed Forces Coast Guard Corps (CPAFCGC), which is now the world’s largest coast guard while it also reports directly to the Chinese Communist Party, to use actual “military force” against foreign vessels.

To help counter the increasing threat of China’s naval aggression in the Pacific, the Pentagon is reported to be considering the establishment of a permanent naval task force that could be deployed to the region. According to a report from Politico, the plan would involve creating a named military operation for the Indo-Pacific and that could enable the secretary of defense to allocate additional dollars as well as greater resources to address Chinese aggression.

While neither initiative has been finalized, it was suggested that each could add muscle to President Joe Biden’s tough stance on China, but it also sends a clear message that Washington is serious about addressing Beijing’s increased aggressive behavior in the South China Sea and throughout the Pacific region. The news of these efforts follows President Biden’s meetings with NATO leaders – and four years after former President Donald Trump made countering Beijing a top foreign policy priority. Now it seems that NATO is finally coming around to the conclusion determined under the previous administration that China could undermine the global order.

Earlier this month, Secretary of Defense Lloyd Austin issued a directive initiating several major Department of Defense (DoD) wide efforts meant to better address the security challenges posed by China. While the contents of the directive remained classified, each was reportedly designed to focus departmental processes and procedures and better help department leaders to contribute to whole-of-government efforts to address the challenges from Beijing.

This could build on Biden’s existing efforts.

It was in February that the Biden administration announced the establishment of a China Task Force that had a specific two-fold mission: to conduct a baseline assessment of China-related programs, policies, and processes; and to provide the DoD secretary with a set of top priorities and recommend a course of actions.

“The initiatives I am putting forward today are nested inside the larger U.S. government approach to China and will help inform the development of the National Defense Strategy we are working on,” said Secretary Austin.

“I am enormously proud of the work put forth by members of the China Task Force,” Austin added. “I asked a lot of them, and they delivered. Now it is time for us to move forward. The efforts I am directing today will improve the Department’s ability to revitalize our network of allies and partners, bolster deterrence, and accelerate the development of new operational concepts, emerging capabilities, future force posture, and a modernized civilian and military workforce.”

The findings of the China Task Force haven’t been entirely publicized but it appears that at least one of the recommendations would be the formation of an actual naval task force – a Pacific Task Force that could be focused on the Western Pacific region. According to Politico, it could be modeled on a construct NATO developed in Europe leading up to and during the Cold War – the Standing Naval Forces Atlantic.

That squadron was created in 1968 as an immediate reaction force that could rapidly respond to a crisis, but also spent much of its time traveling the globe. It was made up of six to ten vessels from multiple NATO members and included destroyers, frigates and auxiliaries and took part in scheduled exercises as well as goodwill port calls.

Redesignated Standing NATO Maritime Group One (SNMG1) in January 2005, it has remained one of NATO’s standing naval maritime immediate reaction forces. Its current flagship is the Royal Canadian Navy Halifax-class frigate HMCS Halifax. The force continues to allow NATO members to maximize their influence at sea, and a similar initiative could be used to counter the Chinese.

As Politico also reported, it isn’t clear at this point whether the task force would involve only U.S. ships, or if it would include other nations’ warships.

However, given that China has more potential rivals and even adversaries than actual partners or allies, it might not be all the difficult to see that the Pacific Task Force could be a multinational armada that could help keep the peace.